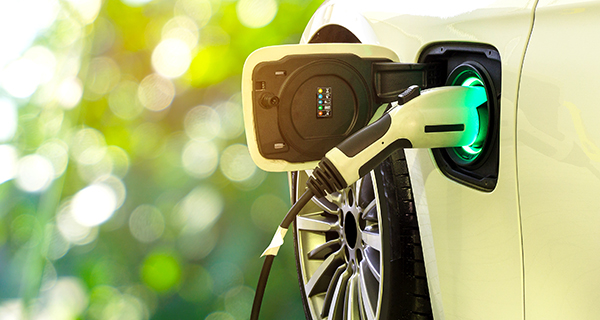 Amidst the gloom of China’s auto market over the past two years, electric vehicles (EV) have been surging ahead to the point where companies that are slow on the uptake are facing disaster.

In the past decade, China has gone from being a middle market player to the world’s largest, with sales now exceeding those of the United States. China also accounts for over half of all the EVs sold globally, followed by the US which accounts for a fifth. Last year, 1.2 million battery-powered vehicles were sold in China while the US only accounted for 361,307.

China’s growing obsession with EV is largely the byproduct of Beijing’s master plan to turn the country into a global leader in high-tech sectors under the “Made in China 2025,” weaning China off reliance of any foreign technology. Cleaning up the environment and reducing oil consumption are also issues.

EV is far more important in China than other countries in the world with the strategic direction helping China companies to leapfrog other global players. The Chinese government has for years now incentivized automobile companies to develop this area by providing generous subsidies for EV manufacturers, as well as perks for consumers purchasing alternatively-powered vehicles.

Battery electric and plug-in hybrid vehicles present both a challenge and opportunity for auto companies as China demand continues to grow fast and many current models do not reach the necessary levels of efficiency.

Global auto leaders including BMW, Daimler, Volkswagen and Tesla have identified the inevitability of EV and are rushing to make the transition from the internal combustion engine. Foreign companies are initiating partnerships with Chinese battery and auto companies for research and development, building manufacturing plants for mass production, and designing new EV lines to adhere to the new and sophisticated demands of Chinese consumers.

BMW has partnered with Contemporary Amperex Technology (CATL), China’s number one electric battery company, and plans to sell an electric version of the X3 sport utility vehicle in China by 2020. BMW’s new X3 will be the first model the company will make in China and export to other markets in substantial volumes.

Daimler, the parent company of Mercedes-Benz, and China’s Geely announced their  joint venture in March to create a fourth generation of the Smart brand of electric cars and sell them on the global market. The new and improved electric Smart car will be designed by Mercedes-Benz and engineered by Geely. The new line will aim to revitalize the Smart brand, going on sale in 2022.

Tesla and Volkswagen are not far behind, as they set up new electric car factories in Shanghai and Hefei, China.

Tesla’s Shanghai gigafactory will be the first fully foreign-owned car factory in China, with a 500,000 vehicle capacity, due to open in 2020. Volkswagen’s new plant with Chinese partner JAC Motors will have the capacity to build 100,000 electric cars annually. The partnership will also expand its operations by building an electric sports utility vehicle for the China market and eventually export it, taking on the market leader, Tesla’s Model X.

Domestic companies have had an advantage in China with huge government subsidies and funding. The subsidies along with tax breaks given to consumers to purchase EV has led to market visibility, high sales and wide variety in Chinese-made EVs, giving domestic companies a leg-up over international companies that are just now switching their focus.

Numerous brands have quickly gained consumers’ attention for their EV quality and style at reasonable prices. Some of the larger companies are BYD Auto Company Limited, Geely, Beijing Automotive Industry Holding Inc (BAIC Group) and SAIC Motor. Each company has already released EV lines in China with plans to release more up-scale models in the next few years. Chinese EV startups NIO, Byton, WM Motor, and Xpeng Motors have also made a splash in the market this year, releasing their first products for sale.

One thing domestic companies still lack is the experience and manpower to create high quality batteries. But this will soon change due to partnerships and the technology transfer. Domestic car companies will then have the capability to create products that meet international standards and may be more successful than foreign competition, already having an established consumer base.

It is evident that it is no longer good enough for foreign car companies to show up to China’s auto market. It is crucial for companies to revaluate strategy or face the consequences of becoming obsolete. Brands like Volkswagen and Daimler scurry to take the necessary measures, but for some foreign auto leaders that to date have been successful in China’s market, there is a chance their efforts might be too little too late.

Today most of the cars on the road of major cities in China are foreign branded. But with the rush to electricity, what will be the situation in five years time? Possibly very different.