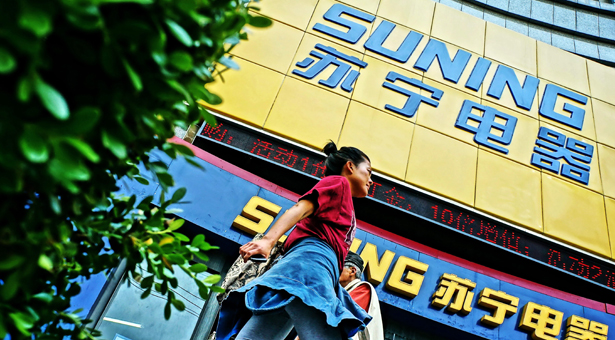 China’s leading e-commerce companies seem to have a firm belief in the concept, “There’s no such thing as bad press.” Following a series of over-the-top claims about discounts this summer, a government investigation found in September that Suning Appliance, Gome Electrical Appliances and Jingdong had in some instances fabricated these claims.

The National Development and Reform Commission chastised the companies for failing to provide the promised discounts and stock discounted items, and ordered them to stop raising prices before discounts go into effect. Each company issued a series of contrite statements variously blaming their failure to provide discounts on “management flaws” and “technology and operational difficulties.” “Jingdong apologizes for not keeping its promise to our consumers,” a 360buy spokesperson said.

While those that sought to buy at discounted rates saw early on that the price war was not what is purported to be, the campaign was still successful in attracting their attention. However, by focusing purely on price-cutting, analysts and competitors say the price war took the e-commerce industry in an unhealthy and ultimately unsustainable direction. Some observers argue that e-commerce companies should focus on cultivating loyal users and developing reliable and unique services, rather than burning cash in a race to the destroy competitors’ bottom lines. They may be right: Perhaps there is no such thing as bad press, but there is certainly bad strategy.

The price war aimed to attract the attention of new online consumers, with the ultimate goal of turning them into loyal customers. But while price war tactics certainly attract shoppers, analysts question whether they can help retain them. The price war mainly educated shoppers on how to look for promotions, rather than the virtues of any one site, said Jeff Walters, managing director of Boston Consulting Group. “If you train your shoppers to look online for what’s promoted, it’s very hard to wean shoppers off that,” he said.

Discounts clearly matter, especially since comparing prices is so much easier online than offline. But today’s e-commerce companies also need to cultivate loyal customers by strengthening their brand, improving delivery services or providing unique products, Walters said. “Companies are starting along a process of staking out what their positions are to be, and it’s not really clear yet.” He added that another problem with focusing on prices is that most competitors cannot beat Taobao Marketplace, given its huge variety of offerings. “That is just not a game you’re going to win, given the position Taobao has already staked out.”

Nina Yan, an analyst at HSBC, agreed that the market’s longer-term winners must focus on other factors in addition to price. “The growth in scale should be well supported by distribution, retail and IT infrastructure, otherwise the market share gain from the price [war] cannot be sustained over the long term,” she said.

Many of China’s smaller e-commerce players claim to be following this strategy. “Unlike many other domestic companies, we focus on long-term benefits, instead of short-term ones; on input, instead of output,” Amazon China wrote in an emailed response. “It is a war of value, and price is just one element.”

Chinese consumers are price-sensitive, and price is still the most effective strategy to compete, said Dangdang public relations director Guo He. However, “Dangdang is against the idea of operating at a loss in order to compete on prices … If you really want to compete on price, you need to ensure that the cost and expense ratio are lower than competitors.”

While 360buy and Suning have attracted attention with their more flamboyant tactics, analysts also laud smaller sites like Amazon China and Vancl for creating strong businesses with innovative marketing and reliable services and product selection. In such an expensive business, conserving cash and concentrating on services may prove to be a winning tactic. While a price war may help companies like 360buy win the battle for market share, it may not aid them in winning the war.