Home Agriculture Farmers need control of the ground under their feet 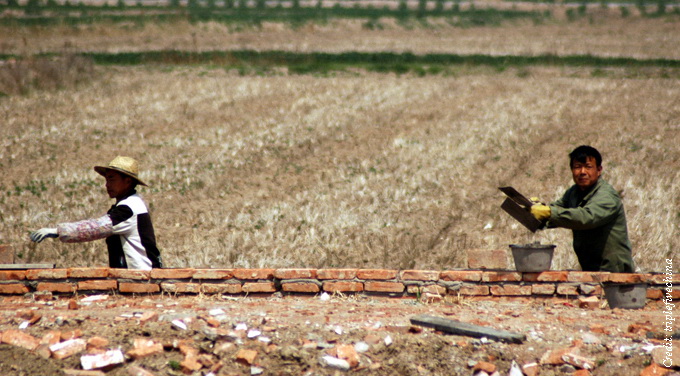 Farmers need control of the ground under their feet

Selling off a small parcel of rural land doesn’t seem to augur groundbreaking reform. But in China, where farmland is stuck in limbo between collective ownership and privatization, allowing farmers to market plots in the countryside is the stuff reforms are made of.

Last week, the government in the southern province of Guangdong said it would allow rural residents to sell land that is designated for housing. The southwestern city of Chongqing has reportedly followed in step. Such transactions have been off limits since the early days of communist rule and a law written as late as 1999 made such sales officially illegal.

Land used for residential housing accounts for a minute fraction of the countryside when contrasted with crop fields and livestock ranches. Those can’t be sold, yet. However, the funds generated from selling off small parcels will be of help for the farmers migrating from rural areas to towns and cities.

The reform comes at an opportune moment: It’s widely known that the central government is ramping up a blueprint for urbanization. Transferring the ownership of rural land is one of several puzzle pieces, along with Hukou reform, that the government will need to connect before it can direct countryside residents and their families toward stable life in urban centers.

Like so many land reforms before it, the right to sell rural housing plots is limited to only a few regions.

The “household registration system,” perhaps the most notable rural land shakeup since China opened to the world, started with just 18 households in a village in Anhui province in 1978. The villagers divvied up land that had been communized 20 years earlier during the disastrous Great Leap Forward. Titles to the land were signed over to village collectives but farmers were able to till their own plots and sell the spoils.

The system was so astoundingly successful that the central government wrote the policy into law in 1983, a year after China recorded its first bumper harvest in decades. Unfortunately, senior officials have mostly failed to build on that foundation for reform, with changes to land law in subsequent decades slow and patchy at best.

Since 2008, a number of experiments have played with the nature of rural land titles. In several places around China, the government has given farmers some degree of control over ownership. They have been allowed to collectively rent out their tiny plots to corporate farming companies and reap some share of the crop, leading to greater industrialization in farm output.

Guangdong has been a vanguard for several of the country’s most progressive experiments – many of them impromptu. In Shenzhen, the special economic zone sharing a border with Hong Kong, some collectives negotiate land transactions directly with land developers, as opposed to city governments.

This has been a boon for farmers, who have previously witnessed higher-level officials brashly turn over their land to developers in the hopes of filling local government coffers.

Without a clear claim to land titles, country folk have negligible bargaining power and end up poorly compensated for land, which is often their only source of income. This impedes urbanization as it forces farmers into cities with little to fall back on, a process that threatens lowly living conditions in towns and cities.

Last week’s announcement from Guangdong was a welcomed development in the evolution of China’s land policy and is an indication that the gears of reform are now turning in Beijing.

Permission to sell rural land was anticipated yet excluded from public policy debate at the National People’s Congress in March, owing to pushback from conservative policymakers.

Reformers in Zhongnanhai should make sure the Guangdong experiment isn’t extinguished by the same cohort. Instead, they should encourage and expand this provincial-level experiment in the way that Anhui’s experiment went national 30 years ago. History has already made a case for giving farmers more control of the ground under their feet.