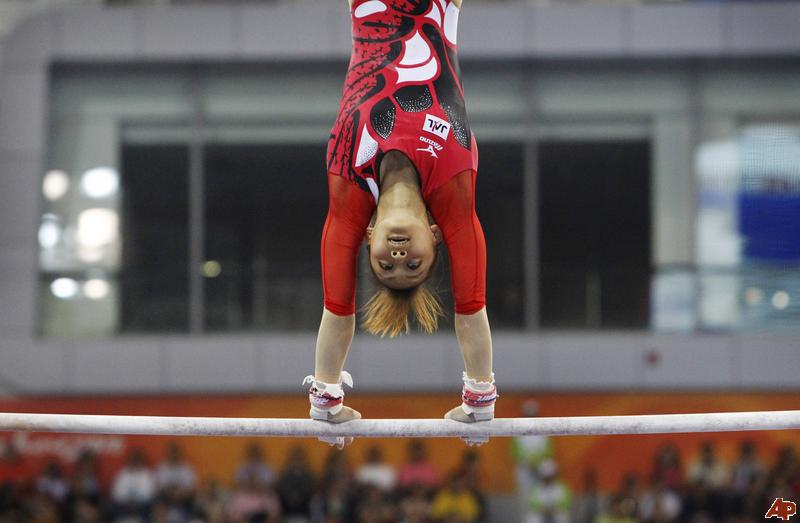 The last five years have been good to China. In 2005, there were few doubts of the preeminence of American economic power, Lehman Brothers was announcing record earnings, and the world was entranced by the economic growth stories of Iceland and Ireland. China had yet to host the Olympics or the World Expo, and there were doubts in some corners that it would be able to pull either one off successfully.
Entering 2011, the picture is notably different. Ireland and Iceland have seen their booms bust spectacularly, the US economy continues to stutter and nearly half of Americans in a recent poll said that they believed China is the world’s economic leader.

Having survived the downturn better than most, China is now increasingly looked to as a model for development. The market has become newly attentive to ideas raised in books such as Chinamerica by American commentator Handel Jones, which suggests that the way forward for the US is to adopt Chinese-style five-year economic plans.

“Especially after the global financial crisis in 2008-2009, central planning has come back in a very big way,” said Victor Shih, a professor of political science at Northwestern University.

It is a global phenomenon – around the world, through quantitative easing and other stimulus efforts, government involvement in economic activity is back in vogue. And it is in this very different environment that China is preparing this year to introduce a new five-year plan, the country’s twelfth.

Official “suggestions” for the 12th Five-Year Plan issued by the Communist Party’s Central Committee last year call for the establishment of a “moderately prosperous” society, with a focus on strengthening the domestic economy through rebalancing, urbanization, innovation and environmental protection. If these sound familiar, it is because the plan will necessarily follow on from the policies of its predecessor.

The 11th Five-Year Plan was not an unqualified success. In areas as varied as financial reform and energy efficiency, the country has missed some targets and met others only through concerted and creative manipulation.

At the same time, the challenges China is facing are growing in complexity and urgency. Charting an effective policy path toward generating sustainable growth will not be easy, and the task is perhaps even more difficult today than it was five years ago. Leaders in Beijing frequently talk about the need to encourage growth based on economic rebalancing, but their actions have not reflected their words.

“If there has been any shift in the growth model in the past five years, it has probably been in the wrong direction – toward an increased reliance on investment to drive growth, especially in the past two years, and even lower household consumption as a share of GDP, from roughly 40% five years ago to less than 36% today,” said Michael Pettis, a professor of finance at the Guanghua School of Management at Peking University.

The rise in the investment contribution to GDP growth – and the resultant fall in the consumption share – has been spurred by the US$586 billion stimulus package unrolled by Beijing in response to the global downturn. The stimulus and associated policies were highly effective in promoting rapid growth – the country’s economy grew by 9.6% in the third quarter of 2010. That success has in turn discouraged the central government from aggressively pursuing other avenues to economic expansion.

“There is a spreading recognition that Chinese growth did not occur in spite of the household consumption imbalances but rather because of those imbalances,” said Pettis. The artificially low value of the renminbi, relatively slow wage growth and negative real interest rates, he argues, are “hidden taxes” that have subsidized investment and manufacturing growth.

That is not to say that growth in investment and manufacturing has not had a significant upside. Massive government investment into industry and infrastructure in China’s western provinces has catalyzed growth of inland urban areas like Chengdu, Chongqing and Xi’an.

“In the past five to 10 years, we’ve seen outstanding development in western areas,” said Zhao Xi, a professor and vice-director of the West China Research Center at the Southwestern University of Finance and Economics in Chengdu. “There have been huge improvements in infrastructure … In addition, ecological protection, tertiary industries and education have had great success.”

Proof of that success was evident as the global downturn forced many coastal manufacturers to close in 2008. At the time, observers worried of a looming unemployment crisis, but those worries have been neatly turned on their head: Going into the last year of the 11th Five-Year Plan, many companies in traditional manufacturing centers in provinces such as Guangdong and Zhejiang faced a labor shortage.

Migrants who once had to travel to coastal provinces for employment have increasingly found work closer to home. The result has been rising wages on the coast and, as infrastructure improves, a trend of manufacturers increasingly turning inland. Last year, Hon Hai Precision Industry (2317.TPE), maker of handsets, notebooks and printers for companies including Apple (AAPL.NASDAQ), Nokia (NOK.NYSE, NOK1v.HEL) and Hewlett-Packard (HPQ.NYSE), became one of the latest high-profile firms to invest in Chengdu, with the opening of a US$1 billion production facility.

“The internal driving force that really leads the structural change … is wage growth,” said Shen Minggao, China economist at Citi (C.NYSE), speaking to China Economic Review in December. “China’s wages are rising fast this year, in many places wages were up 15-20% from a year ago. Suddenly China has a wage inflation problem. Only last year we were worried about unemployment.”

The effectiveness of government investment, visible in national figures, is even more obvious in the growth of western regions. Chongqing’s GDP grew nearly 30% year-on-year in 2009, falling to 17.6% growth in the first half of 2010 as the central government began to ease stimulus measures.

But if the quantity of growth has not been a concern, its quality is increasingly so, even by the government’s own metrics. One of the key goals of the 11th Five-Year Plan centered on improving the country’s energy efficiency – the amount of energy used per unit of GDP – by 20% by 2010. This was supposed to be achieved through the consolidation and cleanup of heavy industry as well as a shift towards higher-value but lower energy-consuming production.

As the plan entered its final months in late 2010, the drive by local governments to meet energy efficiency targets led many to simply cut power supplies to heavy industrial users, with predictable results: Many factory managers in areas like Guangdong, unwilling to sacrifice production, turned to diesel generators to keep their lines moving.

By forcing factories to resort to large numbers of smaller, less efficient generators, local governments almost certainly moved further away from their targets.

Unintended consequences of Beijing’s policies have been visible elsewhere. Though not specifically targeted at large state-owned enterprises, fiscal and monetary stimulus – new loan growth reached a record US$1.4 trillion in 2009 and then US$1.1 trillion in 2010 – has overwhelmingly benefited them.

To a degree, this falls in line with the government’s stated goal in the 11th Five-Year Plan of “controlling the overall scale, eliminating the obsolete, speeding up restructuring and upgrading industry” – in other words, consolidation. But to the extent that it has highlighted distortions in the country’s financial system that exist at the expense of private enterprise, it has been more worrying.

Underdeveloped capital markets have for years acted as a brake on the development of private enterprise in China. The 11th Five-Year Plan had among its goals the acceleration of reform of the financial system to improve the efficiency of capital allocation. Progress so far has been patchy.

“If you focus on financial reform in the 11th Five-Year plan, there has been huge progress in reform of state-owned and large commercial banks. This is the good news,” said Horst Loechel, chairman of the Shanghai International Banking and Finance Institute and a professor at the China Europe International Business School (CEIBS). “The not-so-good news is especially the interest rate system and exchange rate system, where there was not so much progress in the last five years.”

The lack of progress doesn’t necessarily reflect a lack of awareness that change is needed. “China’s leaders realize that this cannot be the future. However, the crisis delayed the process, and this was already a very slow process to begin with,” Loechel said.

The suggestions of the 12th Five-Year Plan show an emphasis on promoting innovation through strategic industries – including plans to boost innovation in small and medium-sized enterprises using fiscal and financial policies, rather than relying on state-run academies for research and development. Loechel notes that such a change will require significant reform to a system that puts huge power in the hands of state-owned banks to decide where capital flows.

“If government wants to push innovation, there should be more funding by capital markets,” he said. Pushing development of the corporate bond market, relaunched in 2009 after a regulatory freeze, could be a particular boon to private sector firms seeking to raise capital.

But many observers are skeptical that enterprise-led innovation will in fact be a priority.

“It’s just slogan and doesn’t have a basis in the policy,” said Wu Kangping a professor of macroeconomics at Tsinghua University. “In China, the government is playing too much of a role in the market … we need a supervisor rather than a big player.”

Changing the system will not be easy. Northwestern’s Shih notes that high levels of government involvement and investment have led to an “addiction” as the beneficiaries of existing policies have seen their power strengthened under current policies.

“Politically it’s very difficult to have genuine restructuring of the economy in favor of households because, politically, the powerful forces in the country are the large state-owned enterprises, the real-estate developers, and local authorities.

“You can’t tell the local governments to not increase their investment any more. The only thing you can do is figure out a way to invest lots of money that at least yields some economic return.”

Going into the next five years, it looks increasingly likely that Beijing may choose a path of less resistance: Rather than attempting to overhaul the country’s economic structure, it will attempt to channel investment into areas where it can be of more use. It is no coincidence that the 12th Five-Year Plan highlights areas such as renewable energy, energy efficiency and western development as targets for increased investment.

There are reasons to be optimistic: Rapid urbanization and rising wages are helping to drive domestic spending in a way that echoes the experience of Taiwan and South Korea in the 1980s and 1990s. There is increasing consensus that China is nearing – or has even passed – the so-called “Lewis turning point,” at which an economy enters a phase of rapid wage increases as the rural sector’s labor surplus disappears.

And as China has shown in its overhaul of public health insurance, the country is capable of significant reform in a short period of time.

But Beijing will still not have an easy time as it struggles to balance its economic and political needs. It is perhaps an irony that as the global popularity of central planning rises, its most significant proponent is becoming a clear example of the risks and distortions it creates.

“Getting consumption to rise as a share of GDP will not be a function of consumption subsidies or improved social safety nets or any of those relatively painless policies,” said Tsinghua’s Pettis. “It will require reversing those transfer mechanisms [from household income to investment and manufacturing capacity] and so undermining the source of rapid growth.”

While recognizing the risks, Citi’s Shen is more sanguine.

“The key risk to me is that the structural reforms have waited for too long, so that some bigger structural adjustment will have to happen in a realtively dramatic way,” he said. “[But] I’m not that pessimistic, of course. I believe the Chinese system is flexible. When it has to change, it will change.”