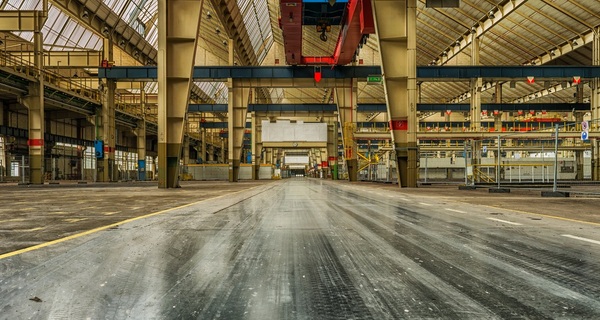 Anyone that’s done business in China knows you have regulation, and then you have reality. For decades there has been a cat-and-mouse game calling into question the legitimacy of China’s rule of law mechanisms. Governmental inspectors visit a factory, having given plenty of notice so the site could present a picture-perfect image of its operations. Boxes are ticked, hands are shaken, and a great meal is had by all. The second auditors leave, things go back to normal. For all the stringent policies China has on paper, enforcement has often been an afterthought.

That is, until now.

Over the past year, Chinese regulators have been shoring up enforcement mechanisms throughout the country. The focus is on highly polluting industries and the factories that service them. To create room for policy measures like Made in China 2025, shifts to consumer-based economies, and sustainable development, the tightening grip of rule of law was an inevitability. Still, though, the force with which Beijing has dropped this anvil has caught most analysts, and factory owners, by surprise.

According to governmental records, nearly 40% of China’s factories have been shut down over the past year. To emphasize just how serious it is, the government is also allowing for individuals to be held accountable for their actions. During this same period, officials from more than 80,000 factories have been punished for their parts in flouting environmental regulations. These include managers and supervisors as well as Party officials in areas where these factories operate.

The driving force behind these shutdowns is the reinvention of contemporary China, touching on everything from domestic operations to global public perception. During October’s 19th Communist Party Congress, President Xi Jinping proclaimed this reinvention as a New Era for China. This New Era is simply the culmination of work undertaken by China for a number of years. Much of this centers on an image shift for China, from being the world’s factory to more of its premier service provider.

Upgrades in a number of industries to drive domestic production and dominance, streamlining operations particularly among the country’s massive state-owned enterprises, and a revolution to replace hundreds of thousands of workers with industrial robots are all foundation stones on the path to somewhere new. Ambitious targets both in scope and in timing would look ridiculous coming from any other global capital. Given China’s recent history, though, they seem absolutely realistic.

China is also putting its money where its mouth is. Over the past year, China has invested more than $360 billion into green technologies like wind and solar power. This is nearly triple what the entire European Union invested during the same period. By 2020, the aim is to be putting in this number, or more, annually towards technologies to ensure a more sustainable future. Financial and capital investments, more than regulatory changes, truly signal a shift in priorities between the old and new China. These shifts are focused primarily on manufacturing, skill upgrades and the environment.

This is where the spate of factory shutdowns comes in. Long seen as the poster child of an outdated, polluting China, factory stacks belching out thick black smoke were the first in the New Era’s crosshairs. The result, as with other elements of society running counter to China’s desired narrative, was a very public cleaning of house.

For the factories able to reopen, they are born again with heavy monitoring technologies in place. Officials from the Ministry of Environmental Protection watch these in real time, ensuring factories on probation are keeping within Government emission limits. Although the Ministry monitors, they are not the ones taking action for non-compliance. Instead, fines from the national tax authorities are levied on factory owners. This is what makes this new era of enforcement unique. It’s no longer a piece of paper in a record folder somewhere citing your discretions. Now, when you run afoul of environmental regulations it hits your bottom line.

Breaking down exactly who’s being most affected by the shutdowns is difficult. One can assume the majority are either mom-and-pop operations or major state-owned assets. Highly polluting industries in the heavy manufacturing, pharmaceutical, and textile sectors are likely feeling the biggest hit from these inspections. In short, the government would have gone after the proverbial low-hanging fruit, targeting factories with the biggest potential for impact.

These moves are, of course, great for the streamlining of Chinese manufacturing and the environment. They are also an indicator of things to come. Government inspectors finished their first set of nationwide rounds at the end of 2017. Another targeted sweep in 2018 will likely begin. Think of this as a tightening noose around the neck of underperforming factories. The initial closures were obvious choices: highly polluting, front-facing factories. With these closed, what factors will inspectors look for next? Perhaps they will focus on health and safety for employees. Maybe, they’ll look at transparency and bookkeeping. With recent urbanization measures taking place in the capital, inspectors might want to identify where a factory’s labor pool is coming from and if they are working legally.

All of this points to an era of uncertainty for businesses operating in China.

As we advance through this New Era, the tightening grip of regulation will entirely shift perceptions of Chinese quality. Factories making the grade can now position themselves on par with suppliers in the developed world when they offer their services to multinational companies. This means quality will come at a premium and competition will become fierce. The days of China as a cost play for businesses are long gone. With these enforcement mechanisms well in place, we are seeing the emergence of high-quality, innovative, compliant Chinese suppliers. While this is a definite positive for domestic firms, the x-factor in all this is what state global supply chains will be in once all is said and done.