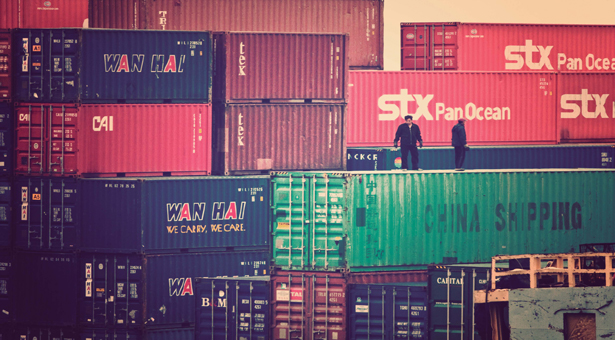 At first blush, it seems like China should be the easiest place in the world to transport products. The country has led an unprecedented infrastructure build-out over the past two decades, erecting one of the world’s biggest high-speed rail networks, thousands of miles of new highways and hundreds of new airports. Western pundits marvel at its explosive infrastructure growth, often contrasting it with decaying systems in the US and Europe.

But in reality, China’s logistics network remains far behind the West. The country clearly excels at inputs – miles of new road and rail, new airplanes and cargo ships. But the purpose of this hardware is to make transportation around the country quicker and cheaper. Economists usually measure this effectiveness by the cost of logistics as a share of GDP. On this measure, China is failing: Logistics costs account for 18% of China’s GDP, more than double the cost in the US and Europe.

Why is transportation so expensive despite the vast sums of money Beijing has plowed into infrastructure? There are many reasons, but a key component can be seen in this issue’s report on refrigerated supply chains, known in the industry as “cold chains.”

China has earmarked billions of yuan to upgrade its cold-storage logistics system. The country’s newest economic blueprint – the 12th Five-Year Plan – sounds like an industry wish list: Refrigerated trucks are due to increase by 40,000 (from just 5,583 in 2010) and new cold-storage capacity to be expanded by 10 million tons. The ultimate goal for the five-year period is to increase the proportion of products that go into the chain by 10% or more for certain categories.

But this system is being undercut by a lack of “soft infrastructure” to accompany the nuts-and-bolts build-out. This includes intangibles such as the rule of law, good regulations, consistent enforcement and so on.

For example, China, like many countries, uses fines to encourage companies to adopt cold supply chains. In theory, if companies are tempted to transport fresh fish on a hot truck to cut costs, regulators should fine them enough to encourage others to invest in expensive cold chains. But in practice, enforcement is patchy. Fines are set too low to encourage a change in behavior. A bit of guanxi and palm-greasing can encourage regulators to look the other way – endangering consumers in the process.

The result is that some companies skirt the rules to avoid paying extra costs. Companies that do invest in the latest cold-storage technology find themselves saddled with higher costs and unable to compete with cheaper rivals.

Political scientists like to say that there’s a tight link between the quality of a country’s institutions – like rule of law and a fair judicial system – and its standard of living. In the case of cold-storage capacity, it’s easy to see how this might be true.

Beijing will probably continue to pump billions of yuan into cold-chain technology, new refrigerated trucks and railcars, and new highways and rail to speed food around the country. But as those within the industry understand, without smart regulation and enforcement, this hard infrastructure will remain below its potential – and Chinese consumers will pay the price.