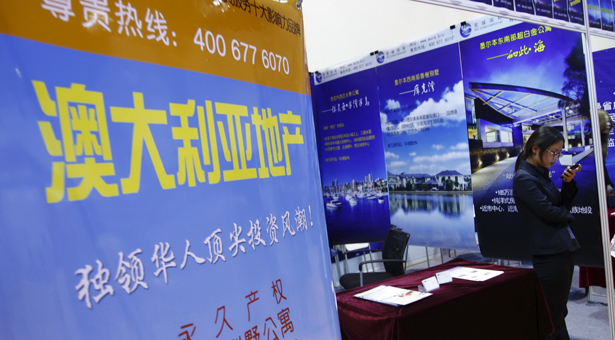 Australia fits into the global economy mostly as a supplier of commodities and resources that are driving rapid Asian growth, The Financial Times wrote in early in 2012. This description surely would have pleased former Prime Minister Paul Keating, who was fond of referring to Australia as primarily an Asian power more than a decade ago. Wherever its political or security heart lies, Australia is economically already an Asian power, and its key trading partners are now overwhelmingly in the region.

A quarter of Australia’s trade is now with China, a figure steadily grown during roughly 40 years of full diplomatic relations. And while there are agricultural products in the mix, the overwhelming bulk of what Australia sends north to the world’s hungriest energy user is in the form of metals, minerals and energy resources. For many Chinese companies, it is more efficient to get coal from the southern hemisphere than from within their own country, where logistics are patchy and bureaucracy means it is easier to take in material from a port than from an inland province.

The flip side of this is that China is now a major investor in Australia. But it invests in ways which differ markedly from how Chinese corporations behave in other developed investment markets. Unlike in Europe or the US, in Australia the vast majority of Chinese overseas direct investment (ODI) is through mergers and acquisitions, rather than new ventures (which predominate in the EU). Investment is also largely the result of a few of the largest Chinese state resource and energy companies.

Chinese ODI increased tenfold in 2008 alone, according to a KPGM-University of Sydney report issued this year. Chinese ODI in Australia totaled US$45 billion from 2006 to 2012, compared to a global stock of US$317 billion of Chinese ODI by the end of 2011. The average deal size for Chinese investors in Australia during this period was larger than anywhere else, with almost half of the 116 completed deals from 2006 having a value of more than US$100 million, including 80% in the mining and energy sector deals. More than 90 deals involved state-owned enterprises merging with listed Australian companies.

Australia provides a view of how Chinese investment may transform economies around the world in a few years time. More profoundly than any other country, from Europe to North America, Australia is maintaining the closest relationship with Chinese companies and with the Chinese economy.

This investment has clear benefits. Half of Australian GDP growth comes from its links with China. Without this, Australia might be stuck in the same malaise that European economies are experiencing, barely able to rise above 1% growth in the last few years.

Rules of the road

Chinese companies face challenges in investing abroad, including in Australia, with which local policy makers and business people need to become familiar. The highest profile case, and the one that is most illustrative, is the massive CITIC Pacific and China Metallurgical Corporation Mining Company investment in the Western Australia SINO Iron Ore Project, which was forecast to cost US$2.5 billion when it was first announced in 2006. The total was then raised to US$7.1 billion, and it is now likely to be US$7.8 billion.

In an August report on the most recent delay of the project, CITIC Pacific gave a long list of problems it and its consortium had experienced. These ranged from what CITIC stated were strict standards applied in Australia, the rising Australian dollar, high labor costs and the carbon and mining tax introduced by the Labour Party government in 2011. A final issue was the difficulty of transferring Chinese expertise to the local market, something that had proved far harder to implement than originally expected.

Zhang Jijin, managing director of CITIC, was quoted in a report in The Australian on August 17 as saying that while his company was very experienced, “working in the Australian environment is very challenging for them indeed.” But he went on to say that the project was important for the company and would continue, despite the delays.

Talk about China as a major outward global investor has been ongoing since the mid-2000s. With the onset of the global economic crisis in 2007, excitement about Chinese acquisitions and engagement externally ratcheted up. But in the last five years, the overwhelming attitude Chinese companies, state or non-state, has been cautious.

Their appetites for outward investment, and the rationale driving this, have become clearer and stronger. But for most potential investors, the roads out of China still look beset with problems. In Australia, the relative simplicity of the narrative of Chinese investment (a quest for natural resources) makes things a bit simpler.

In Europe, the complex differences between the various member states raise significant barriers to entry, despite the attractions of being the world’s single largest market. In the US, political barriers remain formidable, with President Obama blocking Chinese investment in a wind farm project in September. Even in Australia, the refusal to allow Huawei, the Chinese telecoms company, to bid for a huge national broadband project shows politics hasn’t completely disappeared as an issue. In surveys, Chinese say they want to invest more abroad, but face big obstacles in implementation.

Nearly 100% of Chinese investment in the vast Western Australia region is in minerals. It is likely that, sooner than perhaps had been expected, Chinese and local resource companies will be working together far more harmoniously than before – simply because they have no choice if they want to fulfill their mutual needs. This is because the need for resources to feed a hungry growing economy on the one side, and the need for capital to underwrite a huge and necessary spate of infrastructure projects on the other, will force both sides to find ways around their current problems.

It may be a bed that both have been forced to get into, but now that they are there, Australia and China may as well make a success of it. And if they do, it will teach the rest of the world how to navigate the era where “made in China” is slowly becoming “owned by China.”