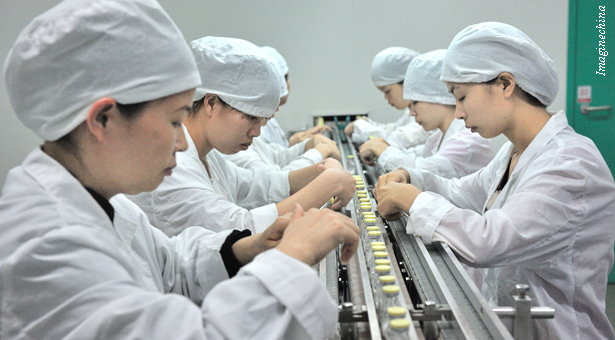 The future of private equity

China’s economic boom through the aughts made many sectors seem like get-rich-quick schemes. Often it seemed like anyone with an ounce of business savvy and a few connections could make money. The private equity industry in particular was exemplary of this phenomenon. Upstart firms could promise their investors high returns by buying into most any company and then taking it to IPO. Deal volumes exploded from US$1.6 billion in 2003 to US$15.2 billion in 2011, according to Bain & Co.

But like most get-rich-quick schemes, the PE boom was short lived. As the economy faltered in 2012, the Shanghai Stock exchange fell back to earth and regulators clamped down on new issues, making it no longer viable to exit private equity investments via IPOs.

But private equity endures in China even if the seemingly weekly industry conferences of the past have disappeared, said Alberto Forchielli, Shanghai-based managing director of Mandarin Capital Partners. Forchielli’s firm has never relied on IPOs to exit their investments, and shrewd firms today will find other ways to cash out on their corporate stakes, he said.

Mandarin Capital Partners is on the verge of closing its latest fund that Forchielli predicts will reach US$650 million (EUR500 million) to focus on investments that bridge China and Europe. Forchielli spoke with China Economic Review on the fund’s investment strategy, the death of outsourcing to China and the future of private equity in the mainland.

What’s the status of your current fund?

The fundraising is surprisingly going well. Even in Italy [Forchielli’s native country], this is amazing. [Just] because it is a tight environment. We are really very happy.

Let’s talk about Europeans interested in the Chinese market first. Has investor interest in China changed given the economic uncertainty?

The sectors are changing, because first of all, investing for offshoring [manufacturing] is dead. The people who move production because of lower costs are finished. Nobody’s moving to China for offshoring anymore. People are not opening factories anymore. There is a lot of investment in logistics, distribution and services. So the nature of the investments has totally changed, and people only invest to penetrate the China market. Fewer and fewer are considering China as a platform for Asia. People invest and their primary goal is to be closer to the market. Not for lower cost because now Mexican [manufacturing costs] are lower than Chinese [costs]. And it is much easier to invest in Mexico frankly than in China.

You mention logistics, distribution and services. Are those the sectors the fund plans to invest in?

No, we are only going to look at four sectors. First is health, and with health, you break it down into pharma, active principle – the molecules you use to make pharmaceuticals –, pharma machinery, medical devices and healthcare software.

The second sector is obviously environment, environmental components. Not utilities. I don’t want to become a garbage collector. The third is oil and gas equipment, very niche specialty equipment. And the fourth is specialty chemicals. In specialty chemicals, the Chinese are behind. But the key element of all our investment is we invest in areas that require strict certification. For example, if they require FDA approval, environmental approval, they are very sensitive on food safety, pharma safety, because in those sectors they are very authorization and safety intensive. Because there you have barriers that protect you from domestic competitors.

Because you think that with the expertise of the fund managers, they’ll be able to get the approvals more easily? Or why would your fund succeed whereas others would be shut out of those industries?

I’ll give you an example. We own the largest pharma machinery company in the world. That kind of machine needs to be impeccable. And in order to have an FDA approval, you have to have either our machinery or Bosch machinery. Now, even in China, with all the scandals they are becoming very strict, because there is a lot of political sensitivity. We had an intellectual property case, where we had a Chinese company copy one of our most sophisticated products, a product that turns powder into liquid. They built the plants to produce a copycat of ours. They stole the design and everything. They haven’t sold a single one. Because the word went out in the marketplace, and customers know that they copied our design, so they think they don’t have any technical support, and they don’t trust their machine. The machine screws up and [they’re in trouble]. So the real barriers are the safety authorization.

So the moral of that story is that the market resolved it for you rather than legal proceedings?

Are you looking at the same sectors in Europe as you are in China?

So the idea is you make the acquisitions in your targeted sector, then you take them to IPO ideally?

No no no, we prefer trade exits [through sales to other companies]. We stayed away from the IPO slaughter. You can go on my blog to see my 2008-2009 article where I was like “this is crazy.” Now there are 900 companies in pre-IPO stage, [and] 8,000 minority equity position waiting to exit. So at the current pace there is already 30 year backlog.

What will the private equity market look like going forward?

Nobody knows. The initial IPO driven model is broken. So I think we are going to have a few years of fairly low market activity. I’m not talking about venture capital, I’m talking about private equity. We all know we have to shift to majority buyouts, buy and build strategy [of buying and merging several companies], but it’s still not possible. Whether it’s going to be three, four, five years, god knows. But the Chinese PE market is going to be bad for a number of years. That’s why everybody is talking about outbound. All the Chinese private equity firms are talking about outbound but they don’t seem to be able to set up an office [in Europe].