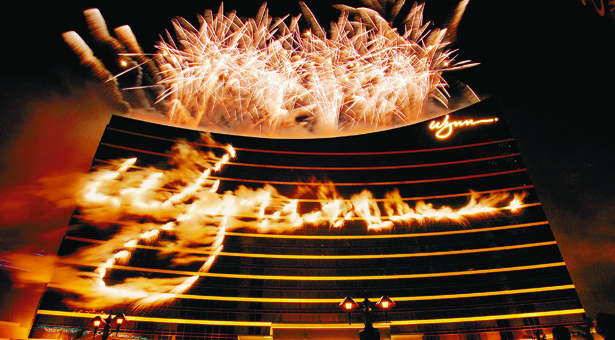 Like a superstitious gambler, Macau’s casino industry ritually celebrates the start of each new year with a boardroom battle. Last year, Stanley Ho’s heirs warred for control of SJM Holdings. This year, Steve Wynn and Kazuo Okada, co-founders of Wynn Resorts (which owns 72% of the Hong Kong-listed Wynn Macau), have stepped up to the plate to take swings at one another.

Okada and Wynn have traded allegation of corrupt and unsavory practices, and tabloids in Macau and Hong Kong have gleefully reveled in the scandal. But the media circus itself is unlikely to have much effect on the firm’s share price – unless publicly airing the dirty laundry distracts management or spooks regulators. More worrying for prospective investors is Wynn Macau’s slipping market share and minimal exposure to the mass-market segment.

Also critical to stock performance are changes to Macau’s visa policies, since tighter restrictions directly reduce gaming revenues. While the most recent restriction was introduced four years ago, the prospect of tougher rules looms over the industry. Even the slightest whiff of regulatory change can send share prices into a tizzy.

These factors matter to all Macau gaming stocks, but Wynn is not entirely interchangeable with other casino operators. In terms of market share, the firm is fair to middling: SJM is the territory’s clear leader with 27% of the island’s total market share, while Galaxy Entertainment and Sands China follow with around 17-19% each, and Wynn Macau and Melco Crown make up 12.5% apiece.

Wynn has lost market share over the past couple years, in part because it positioned itself firmly in the VIP segment (defined as visitors who gamble more than 1 million patacas per visit, or about US$125,000 per trip). Only 7% of revenues from Wynn’s two properties in Macau are mass-market clientele. By contrast, mass-market visitors to rivals such as Sands China, SJM and Galaxy make up 34%, 27% and 20% of their total clientele, respectively.

Wynn Macau launched a bid last year to build a new property on the Cotai Strip, which should boost its mass-market appeal and profit potential. But so have SJM and MGM China, and rumors abound that the local government will approve only two of the three applications this year. Even if it does give Wynn the go-ahead, the company will need years to launch a new casino, leaving it well behind rivals already established in the area.

That lag may also explain why Wynn Macau has trailed its peers on equity markets so far this year. It is up only about 8%, compared with around 20% for Las Vegas Sands and 25% for both Galaxy Entertainment and MGM China. Without a new Cotai Strip property in the works, Wynn Macau is “just not that exciting,” as one industry source put it. At least the same cannot be said of its founders.