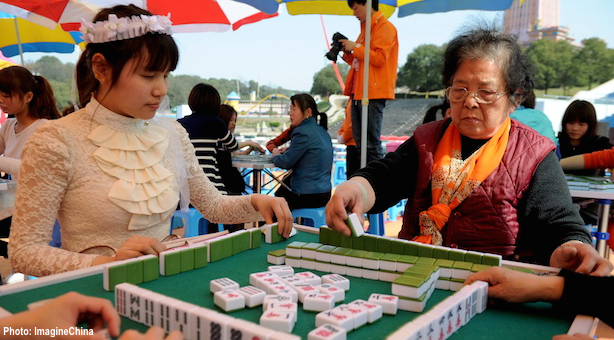 When China’s State Council announced in January that civil servants would have to pay 8% of their salary into the country’s pension plan, it was something of a triumph after three-plus decades in which government employees enjoyed a free ride while private-sector employees faced a social security tax on their income that eventually grew to a staggering 28%.

Jiang Yunyun, an associate professor at the public finance department of Peking University’s School of Economics, said that where previous pension reforms had targeted enterprises, January’s changes explicitly targeted the benefits of employees at government organs and institutions. Jiang said state workers hadn’t made contributions because they had accepted low salaries in exchange for state-provided benefits, “so the government really does have an obligation to pay them.” But since pension benefits for those who retired before reforms began are still guaranteed, the latest reform represents a small-scale fix that doesn’t address the larger funding problem facing China’s pension system.

“I think the pension is a long-term problem that requires consideration of long-term sustainability,” Jiang said. Thinking beyond the short-term can be difficult for local governments under pressure. In response to growing budget shortfalls, she said, some had begun reallocating government funds to pay for pensioners’ benefits and could potentially sell off state assets to this end as well. That is understandable in light of the deficit faced by China’s individual pension accounts: RMB3 trillion (around US$484 billion), according to a January report from China Business Journal.

Until the systemic issues that led to this deficit are dealt with, existing pensioners will continue to benefit at the expense of China’s current workers, with the pension contributions of the latter funding payouts to the former. How exactly such an unsustainable system came into being is a textbook case of stopgap reform and good intentions gone awry. Without a systemic overhaul, it will likely get worse.

Pension reform has long been tied to the reform of China’s state-owned enterprises, and stemmed in part from the new requirements of the market-based mechanisms introduced under Deng Xiaoping starting in the late 1970s. Creating a new system in which both employers and employees could make their own decisions on who to hire and where to apply for work also meant the old system’s top-down assignment of lifelong employment and social security became increasingly untenable.

But while new employees began being hired under a new contract labor system, permanent workers still at state firms retained their old benefits, marking the first of many schisms in China’s pension plan. Local governments were encouraged to experiment with pension pools early on, and by the time a national pension plan was announced in 1986 there was already a variety of locally based schemes providing separately funded pensions for the two classes of workers.

That new plan, announced in the State Council’s Document 77, formally established a nation-wide contract labor system and provided for a new and separate pension system for contract labor that would be financed by both employees and enterprises. It also introduced a pay-as-you-go element to the system for non-permanent workers, who would henceforth fund their own pensions through contributions and taxes.

But in practice pooling of contributions occurred at the local level, usually confined to a given county or city, according to an exhaustive overview of pension reform history published last year in the University of Missouri Kansas City Law Review. Because only new workers had to contribute, these pools soon became unable to deal with the increase in pension demands that accompanied an influx of retirees.

Hao Qian, associate professor at the China University of Political Science and Law and author of the overview, writes that during this period socialist dogma also demanded that all enterprises be treated according to their degree of “ideological superiority.” This differentiation between “collective-owned” SOEs, foreign joint ventures and private businesses meant that local governments also had to segregate fund pools based on businesses’ socialist purity, further limiting the power of social pooling.

In 1991 the State Council issued Document 33, which called for the creation of a three-pillar pension plan for all employees in state-owned enterprises. The pillars in question included a basic benefit, a supplementary benefit to be provided by financially sounds enterprises and an optional benefit based on individual savings. However, the actual details were left to local governments to design and implement, since they were already tasked with administration of pension plans by dint of geography.

While the new multi-pillar structure replaced the old pay-as-you-go setup in a sense, Document 33’s scope was in reality limited to SOEs, and the two new pillars weren’t even mandatory. Implementation instead depended on whether a company was turning a profit, a relative rarity for state firms in the 90s. The deficit grew.

The State Council stepped once more into the fray in 1995 with Document 6, a call to expand pension coverage and rules for the funding thereof with a mind toward establishing “a unified pension system for all types of enterprises.” The call for a less splintered system showed the party leadership had at least recognized the issues inherent to the old ad hoc adjustments that had only made things more muddled. Document 6 relieved the government from a stated obligation to make pension contributions and gave local governments their choice of adopting one of two options, which varied social and individual pooling ratios.

But it also paradoxically provided them with the choice of inventing their own schemes based on local conditions. The resulting second proliferation of unique pension plans remains difficult to combine under a single system, said Wu Binzhen, an associate professor at the economics department of Tsinghua University’s School of Economics and Management. “If you have differing commitments between cities, and some cities are wealthier, unifying [pension schemes] within provinces … that makes some people unhappy,” Wu said. Thus pay-as-you-go remained the go-to model, even as the payout obligations of the old socialist pension scheme stacked higher still, far outpacing revenues.

The last major stab at creating a multi-pillar pension system came in 1997, with Document 26. This time the State Council demanded in greater detail than ever before the unification of treatment of enterprises and employees, contribution rates and benefits provision. But the plan’s focus was still ultimately to find more funding for unsustainable pension payments to SOE retirees still eligible for benefits that were only ever fully provided for under the old socialist welfare state. An additional 28% tax on workers’ salaries intended to help deal with that shortfall didn’t exactly encourage compliance, Wu said.

“If I asked for [even] 20% of a worker’s wage that’s a huge burden. It’s reasonable for them to try to escape paying,” she said. Widespread noncompliance is further reinforced by collaboration between workers and employers to underreport taxable income. As a result, Wu said, “we don’t know the real [paid] tax rate because nobody knows the real wa
ges.”

Wu said the two main courses of action available to the central government were to either raise taxes further or cut back on benefits, but neither seemed feasible. The former wouldn’t be paid, while the latter was still a political third rail. She and other policy experts have recommended taking profits from SOEs to make up the ongoing shortfall, but the profit-making role of China’s state-owned firms often takes a backseat to their policy purposes.

With China having entered a slower-growth phase euphemistically referred to by officials as the “new normal,” this year’s first-quarter reports saw profits at all four of the big four state-owned banks fall precipitously. Meanwhile non-performing loans—at least those the banks would admit to on their balance sheets—continued to rise. Other SOE behemoths like state energy firms took a hit from plunging oil prices.

Jiang at Peking University said that with so little money being contributed, China needed to consider whether it wanted to persist with individual accounts or go back to the pay-as-you-go system. She said the latest reforms did not resolve the matter of where money to pay current and future pensioners should come from, meaning that, “in reality, the government has no way to bear such a big fiscal burden.”

Despite reforms, China’s pension scheme currently looks as untenable as ever. Indeed, thanks to splintered, hyper-localized revisions to payment plans, it may actually be in worse straits than it was when major reforms commenced decades ago. Someone, at some point, will have to pay up. Whether that is pensioners, workers or the state remains to be seen. ♦