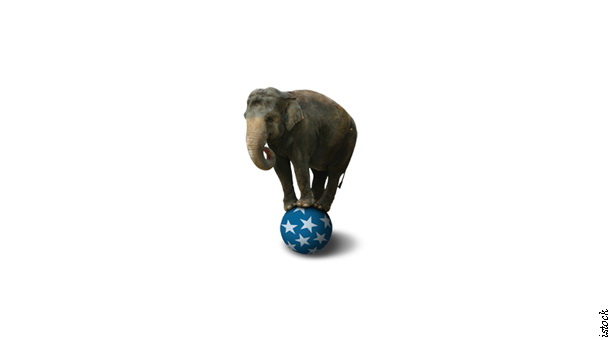 Many people assume that the US should be grateful to China for financing its massive debt. But economist Michael Pettis argues that this relationship is a necessary outcome of China’s tight controls on the flow of capital in and out of the country. Far from doing the US a favor by being its creditor, China depends on this policy to maintain its export businesses and therefore its high employment rate. Furthermore, the arrangement is actually to America’s detriment. Why else have countries like Japan and South Korea complained so loudly when China offers to do the same “favor” for them?

Pettis has gained a reputation among China watchers as an iconoclast as he has set about systematically debunking myths such as these in his popular blog, “China Financial Markets.” A professor of finance and economics at Peking University, Pettis is adept at breaking down seemingly complex concepts, such as the global balance of payments, into logical and easily digestible lessons for economic novices.

Nowhere is Pettis’ penchant for turning confusion into clarity more obvious than in his new book, “The Great Rebalancing: Trade, Conflict, and the Perilous Road Ahead for the World Economy.” The book compiles some familiar arguments from his blog with new material to examine the imbalanced trade and capital flows that Pettis argues spawned the global financial crisis.

His arguments are both controversial and enlightened. For many people, the book will change the way they read the news. Pettis disproves popular ideas about trade relationships and economic policies that are ubiquitous in the media and politics. In addition to throwing many ill-informed journalists under the bus, Pettis takes to task noteworthy China economists such as Stephen Roach of Yale University and Nick Lardy of the Peterson Institute for International Economics. He even debunks statements by US Secretary of State Hillary Clinton and Chinese central bank governor Zhou Xiaochuan.

Most readers will be intrigued by the sheer scope of popular misconceptions that Pettis introduces and sets straight in turn. What emerges is a surprisingly fresh explanation of the role that China, the EU and the US played in creating the current global crisis, as well as a clear picture of the daunting readjustments yet to occur.

The most basic arguments will be familiar to readers of Pettis’ blog. The book’s thesis revolves around a set of basic economic principles. In an interconnected global system, one country’s trade surplus must show up somewhere else as a deficit; the same is true for capital flows. In other words, China’s huge trade surpluses have driven equally large deficits around the world, for example in the US.

This principle strikes at the root of one of the most basic misconceptions about the global balance of payments. There is no point in commending the thriftiness and hard work of countries with large trade surpluses, like Germany and China, while exhorting the laziness of deficit countries like the US, Spain and Greece. The problem for the global economy is not merely that some countries have amassed debt, but that both surpluses and deficits have grown so large as to be unsustainable. In fact, Pettis lays much of the blame for the current global imbalances at the feet of the normally lauded surplus countries.

What is the source of these massive imbalances? Pettis argues that trade and capital flows are affected by a variety of policies, not only those explicitly related to trade, such as tariffs. Any policy shift that influences investment and savings alters a country’s rate of production and consumption, which in turn alters trade and capital flows.

For example, countries such as Germany and China introduced policies to a lower the minimum wage or offer cheap loans to businesses during the past several decades to boost manufacturing, with the goal of maintaining fuller employment. These policies essentially shifted resources from households to producers, thereby decreasing consumption, inflating domestic savings, and boosting exports and capital outflows.

Faced with these subsidies, trading partners such as the US and peripheral Europe may see production decline as their factories become less competitive. Unemployment will rise, but so will consumption as low-cost goods made abroad flood their markets. As these countries produce less and consume more, their savings rate will fall and their trade deficit will rise, leading to the build-up in debt that we see today in many developed countries. Clearly, this arrangement is no longer sustainable.

Chinese are well aware of the problems in their growth model. Beijing has sustained high rates of investment for 25 years. If China continues to pour additional investment into its economy, at some point the returns will diminish so far that further investment is no longer productive (Pettis believes this point has passed), and bad debt will surge. And given weak global demand, China can’t expect its exports to expand much more, or perhaps even at all. Chinese leaders have long discussed the need to shift to a consumption-driven growth model – a vast program of reforms called “rebalancing.”

Pettis has greatly helped to advance the popular understanding of rebalancing through his blog, and his book gathers and clarifies that information. His basic premise is that China pursues three main economic policies that shift resources en masse from households to producers, which must be reversed if rebalancing is to occur. These measures result in fuller employment and a large trade surplus, but they also suppress consumption.

First, China keeps its currency undervalued, which subsidizes exporters at the expense of households, which consume many imported goods. Second, China prevents wages from growing as fast as productivity, which again benefits producers and creates jobs at the expense of consumers.

Finally, China maintains a system of “financial repression,” in which the state allocates credit and keeps interest rates artificially low. Low interest rates mean banks are able to supply plenty of cheap capital to producers, fueling China’s investment growth boom. But, as Pettis has written many times, they also give China’s high-saving households a poor return on their investment, thus decreasing consumption.

Taken together, these three policies are the reason why China’s share of GDP from consumption accounts is so low as to be “almost surreal,” he writes. China will need to reverse these policies before it can rebalance, a monstrously complicated endeavor. “It turns out that the Chinese trade surplus is actually a symptom of very distorted and unsustainable domestic policies, the reversal of which will be fraught with difficulty.”

This model is not uniquely Chinese. Many East Asian countries have gone down similar paths in past decades, including Japan, South Korea and Singapore. Pettis also draws clear parallels between China and Germany. The euro zone’s deep discrepancies are the result of German policies that suppressed wages to increase unemployment; a shared currency only amplified these imbalances.

But don’t take our word for it

“The Great Rebalancing” will be a worthwhile and enjoyable read for anyone with some familiarity and an interest in economics. Unfortunately, those with no knowledge of macroeconomics may find the discussion difficult to follow. The book could have benefitted from beginning with even simpler explanation of the balance of payments – a concept that Pettis says several times is widely misunderstood.

The editing is also slapdash in places, and awkward phrasing occasionally complicates an already difficult subject. This book was an opportunity to perfect the material in Pettis’ blog, but only some chapters (such as that on Chinese rebalancing) achieve a sense of careful re
finement. One chapter even quotes at length directly from the blog.

But these complaints are minor. Taken together, they turn what could be a great book into a good book. Those who care more about substance than style may not even notice them.

In terms of substance, “The Great Rebalancing” is sure to impress. The book reveals the inanity of assumptions surrounding China’s ownership of US debt, the euro-zone crisis and the benefits for the US of having the dollar as a reserve currency. Pettis’ methodology is simple: He merely tests popular “truisms” against a global perspective and economic principles. Few pass the test.

The book also offers an antidote to misconceptions that prevent the world from resolving the financial crisis. Pettis concludes by arguing that the missing piece of the puzzle is for countries with huge surpluses should wind down these imbalances by increasing their consumption. Thus far the global discussion has focused merely on austerity in deficit countries, which Pettis says may be part of a solution. If austerity is undertaken by itself, however, it will merely lead to rising unemployment – as it is currently doing in the euro zone – rather than a lasting solution.

“The Great Rebalancing” depicts a world at the very beginning of correcting the imbalances that led to the financial crisis. The amount of work left to do is unsettling: The US must deleverage, the EU must carry out major reforms or dissolve and China must transform its economic model. But the first step in this long and daunting process is merely understanding the problem, a task in which “The Great Rebalancing” will help greatly.