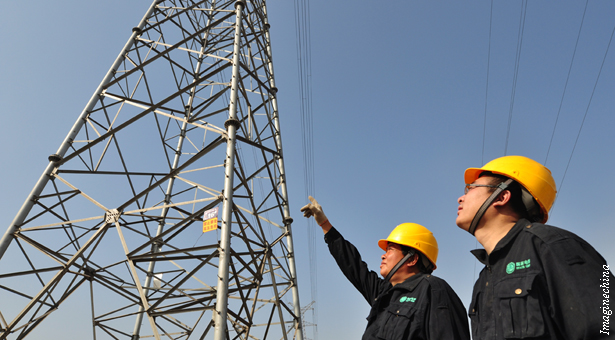 Any discussion of rebalancing the Chinese economy away from its dependence on investment and exports often touches on the fierce opposition to reform from certain “vested interests.” This vague phrase, which refers to those who have built their fortunes around China’s current economic model, conjures up images of powerful executives at state-owned enterprises deploying generous resources and influence to protect their fiefdoms.

In China’s consensus-driven political environment, the public rarely sees “vested interests” in action. But last summer, the leader of China’s main utility company gave the public a glimpse into SOE opposition when he spoke out against plans by top leaders to bust up monopolies, reforms intended to increase competition and reduce wasteful inefficiency. As blackouts paralyzed India last July, Liu Zhenya reaffirmed State Grid’s role in maintaining a secure supply of power. “In light of the recent series of large-scale power cuts abroad, it is of crucial importance to stick to the right path of power industry reform,” Liu said (with “the right path” presumably preserving State Grid’s national monopoly).

If the country is serious about breaking up monopolies, State Grid’s massive stature certainly makes it a target. The largest electric utility company in the world, it ranked seventh among Fortune Global 500 companies in 2012 with US$302 billion in revenues. But as one of the largest Chinese state-owned enterprises by revenue – ranking with the likes of Sinopec, Industrial and Commercial of China, China Mobile and China Railway Group – State Grid also has the clout to present significant opposition to its dissolution.

Rumors have spread in past months that Beijing may take on State Grid’s monopoly in a bid to lower operating costs. Sources say reforms could split the company, which transmits and distributes power to 1.1 billion people across 90% of the country, into five independent regional grid companies along the lines of already existing regional subsidiaries. Reformers argue that doing so would allow for more transparency and greater scrutiny of its operating costs, potentially leading to lower electricity prices.

In March, the Shandong-based Jinan Daily reported Beijing had drafted such a plan to dismantle State Grid. The company responded with a statement that it had not received any notice of plans to split it up.

Monopoly busting sounds great in theory, but Liu of State Grid may have a point. Some analysts say that breaking up State Grid will simply transform one large monopoly into many mini-monopolies, increasing inefficiency, safety risks and pollution in the process. Lin Boqiang, head of the China Center for Energy Economic Research at Xiamen University, told China Daily that a 2002 reform which split the transmission network between State Grid and the much smaller China Southern Power Grid has not increased competition, since the two companies control separate regions of the country.

Nicholas Borst, China Program manager at the Peterson Institute of International Economics (PIIE) in Washington, DC, agreed that State Grid’s monopolistic position is not the primary source of inefficiency in the energy sector. After all, many countries have a sole state-run company that controls the electrical grid. State Grid is larger than these counterparts, but in theory its size shouldn’t matter if the company is well-regulated, Borst wrote in an emailed response.

Instead, he argued that reforming China’s system of energy prices is likely to be a far more effective way to purge the energy sector of its inefficiencies – and rebalance the economy – at the same time.

The price of change

One major impediment to rebalancing the economy is China’s dysfunctional energy pricing scheme, which allows end users to waste artificially cheap energy while power producers rack up losses. The National Development and Reform Commission (NDRC), China’s major central economic planning agency, generally tries to keep the price of electricity low in order to stimulate economic growth. But that means power producers are often forced to sell electricity to State Grid and its southern counterpart at a loss, especially when inflation pushes up the price of their inputs, such as coal.

In the past, government price controls ensured that power-generating companies were able to buy coal at lower-than-market rates, but that practice is ending. Last December, the NDRC announced that as of January 1 it would remove price controls for coal. The State Council also said it would end some contracts between major power producers and coal companies, allowing them to negotiate prices without government intervention.

In the short term, power producers are likely to face even larger losses. Even previously low coal prices didn’t allow power generators to cover their costs: Roughly 40% of power-generating companies that use coal lost money in 2010, according to the China Electricity Council. That’s because generators are unable to pass rising costs on to consumers. The NDRC only raises electricity prices if the price of coal increases by more than 5% during a six-month period, Borst of the Peterson Institute wrote in a February report co-authored with Nick Lardy, a PIIE senior fellow and noted China economist.

By keeping electricity prices low and delaying price increases, the NDRC basically creates a subsidy for power users. The pricing structure particularly benefits the industrial sector, which consumes about two-thirds of China’s electricity. Even if the government’s pockets are deep enough to sustain these loss-making energy controls, they ultimately harm investment and efficiency gains and create overcapacity problems in a variety of energy-intensive and heavily-polluting industries, including steel, metals and cement.

In other words, power subsidies drive the exact economic imbalances that Beijing is seeking to correct: The subsidies make investments in energy-intensive industries, primarily manufacturers, more profitable than the service sector, lead
ing to a rising share of investment in manufacturing and industry and a falling share of investment in services, Lardy and Borst write. That in turn reduces the wage share of GDP, lowers consumption levels and exacerbates income inequality.

For a country looking to rebalance its economy, these policies are clearly outmoded. Removing these subsidies and giving the market greater control over pricing would force both the manufacturing and energy sector to operate more efficiently – including State Grid. It would discourage the wasteful use of energy and reduce coal-burning and smog. It would also increase wages and boost the development of the service sector.

The recent restructuring of China’s railways ministry shows that the government can reform when the incentives are right. China’s top leaders are now under enormous pressure to ensure that the country’s economic model is efficient enough to sustain economic growth into the coming decades. The question is whether Beijing will pursue the right reforms.