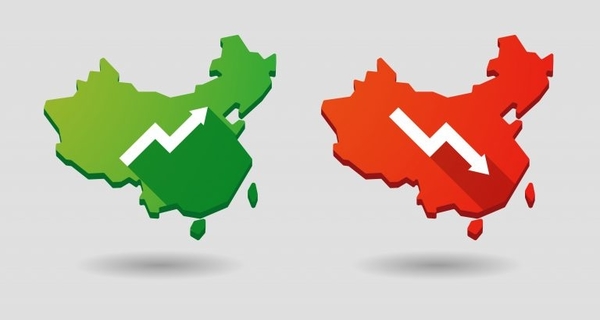 This article was contributed by TechNode.

Now, internet user saturation within China’s consumer class makes it harder to avoid scrutiny with eye-popping user growth. Companies like Meitu, JD, and Zhihu are facing tough questions: shareholders and investors want to whether these platforms can turn their impressive scale into profits.

Weaker players might have a hard time meeting impatient investors’ demands for return on investment, but China’s digital giants are adapting. They are repositioning themselves to adjust to new market dynamics, developing strategies to take advantage of enduring opportunities as mature businesses.

Previously, China’s internet companies grew by latching onto investment frenzies in a particular product or industry vertical, known as fengkou (literally “a gap where a strong wind blows”) in Chinese startup lingo. These rapid influxes of capital and speculative behavior are so notorious that leading Chinese executives have joked that investors could pump in enough money to make pigs fly.

Investment frenzies have reshaped markets, delivered exponential growth, and minted some of China’s internet success stories. Meituan, Didi, and VIPKID were built off all the back of them.These companies identified white space, shaped user behavior, and benefited from oodles of capital to achieve scale and outlast a slew of competitors to win winner-take-all or winner-take-most positions. However, as the mobile internet’s white space shrinks, these investment frenzies are more volatile and less conducive to value-creation.

The recent struggles of live-streaming, bike sharing, and automated convenience stores illustrate the danger of relying on speculative investment flows. My own analysis estimates 80% of live-streaming players with Series-A funding didn’t last two years. ofo, a bike-sharing firm, has gone from a $2 billion valuation to the verge of bankruptcy. There are now serious doubts that Bingo Box, the automated convenience store darling backed by GGV Capital, can survive long enough(Chinese link) to make a meaningful dent in China’s retail landscape.

The giants are pursuing six avenues to growth:

Industry digital transformation: They can also offer new products and services to industry. Having shaped consumers’ digital behavior, China’s digital giants are lining up to lead the digital transformation of traditional industries such as retail, hospitality, tourism, and agriculture, packaging software and platforms as services.

Lower-tier cities: They can develop products, services and experiences for consumers in lower-tier cities. The stunning rise of Pinduoduo, Qutoutiao, and Kuaishou have shown that existing e-commerce, news, and entertainment apps don’t always meet the needs of users in China’s populous third, fourth, and fifth-tier cities.

Local services: They can further penetrate and digitize food, accommodation, shopping, and transportation markets. The size of the local services market and its potential for further digitalisation means the competition between “super-apps” like Meituan, Ele.me, Didi, and Alipay is just getting started.

Alibaba and Tencent’s investments, products and proxies will fight for market share across all six growth avenues.

Baidu continues its push to be relevant beyond search through artificial intelligence investments and applications.

Bytedance plans to take its content creation and recommendation products into lower-tier and overseas markets. At the same time, its recent tinkering with e-commerce integration and social messaging shows that it’s thinking about next-generation video commerce and social media.

Meituan hasn’t abandoned its ambition to be a super-app but has doubled down on services to restaurants and retailers on its platforms, with new features like order-management systems.

JD will strengthen its core business through investments in smart logistics, expand its offline retail partnerships and open up its logistics network to third parties.