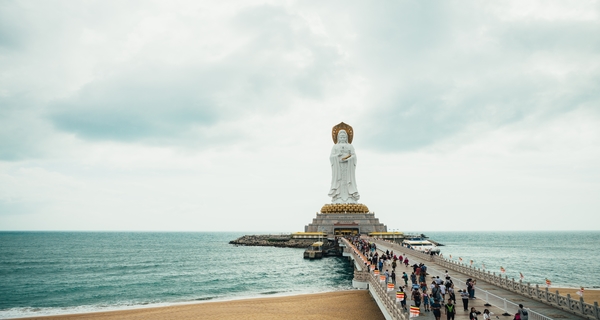 The government of Hainan, China’s tropical southernmost province, announced in June that it was about to punch a hole in the Great Firewall. Internet censorship, currently tightly controlled by Beijing, was to be partially relaxed for foreign visitors in designated tourist areas in Haikou, the provincial capital, and Sanya, one of the island’s most popular destinations. This would open up access to currently blocked sites such as Facebook, Youtube and Twitter for the first time in about a decade.

The policy was a surprisingly radical move by the Chinese leadership, seemingly signalling an increased commitment to the stated goal of liberalising the island province’s economy — a drive designed to transform Hainan into an international tourism destination and a free-trade hub. The province has long lagged behind the rest of the country, especially the nearby economic powerhouse of Guangdong.

But the move toward partial internet freedom has already hit rocky ground. Chinese social media erupted, with Weibo users lambasting the foreigners-only internet policy as racist and discriminatory. Within a day, the plan was scrubbed from the local government website, Business Insider reported. The reversal is perhaps a sign that the planned overhaul of the island’s economic system might not be without hiccups.

The current blueprint for travel industry reform in the province is the “Hainan Tourism Development Master Plan (2017-2030)”, which has Hainan pencilled in as a “world-class resort island” by 2025 and a “world-class international tourist destination” by 2030. The government first set the target of making the island a global tourism destination in 2010. However, after peaking at 33.2 million visitors in 2012, the province experienced three consecutive years of declining tourist numbers between 2012 and 2016, according to China Daily — a problem attributed partly to the country’s restrictive visa policies and the lack of international flight connections. Last year, 67 million tourists visited the island, double the visitor numbers of 2012, but only 1 million of them were foreign visitors, according to South China Morning Post.

On May 1 this year, China addressed the issue by launching 30-day visa-free visits for citizens of 59 countries, an upgrade from the existing 15 and 21-day visa waiver policy in place since 2010 for group travellers. And the first regular direct flight to Europe took off last week (July 12). It will fly between Sanya and London twice a week.

Xi Jinping made it clear at the Boao Forum in April, however, that the tourism drive is only part of a much broader and more ambitious economic masterplan for the region. The event itself, hosted annually in the tiny town of Boao in eastern Hainan, is considered Asia’s answer to the World Economic Forum in Davos and has helped lift the province into the global conversation on economic development.

At the conference, which marked the 30th anniversary of the founding of Hainan province, Xi outlined two key goals, including the construction of a free trade pilot zone by 2020, and establishing and developing a free-trade port system from 2025 to 2035. Exchanges in international energy, shipping, commodities and carbon trading will also be established on the island, according to China Daily. It will be China’s 12th free-trade zone, and with an area of 35,000 square kilometres, Hainan is projected to become the world’s largest free-trade port once completed, according to South China Morning Post. If successful, it could challenge the dominance of Hong Kong and Singapore in the region.

Hainan was separated from Guangdong in 1988 to form its own province and was simultaneously set up as the country’s fifth Special Economic Zone. But while money and migrant labour poured into the island and thousands of jobs were created, Hainan’s suddenly hot economy led to a local property bubble instead of to the successes of other Special Economic Zones such as Shenzhen. Many people packed up and left when the bubble burst in 1993.

Hainan now ranks 22nd out of 31 provinces and cities in terms of GDP, according to statistics from 2017. The province’s per capita disposable income lags slightly behind the rest of the country, with 22,553 yuan, just below the national average of 25,974 yuan. The province attracted less than US$10 billion in foreign investment in the five years running up to 2017. That is only 1.5 per cent of the country total during that period.

A “100-Day Campaign to Attract Businesses”, launched in May, has been designed to open up the economy to foreign investors — a crucial step in the the roll-out of the free trade zone. The initiative will run until late August and is specifically aimed at encouraging Fortune 500 companies to set up regional headquarters on the island. Meanwhile, Hainan will grant permanent residence rights to skilled foreign workers and their family members, in an attempt to address the continuing shortage of professional talent in the province. Subsidised housing and the opening of a “green channel” for easier transfers of income overseas will further encourage the target enrolment of a million skilled workers by 2025.

According to figures published in China Daily this month, 27,000 new businesses and 62,800 new jobs were added to the economy during the first six months of the year, with urban and rural incomes growing at 8.3% and 8.5% respectively.

The plan is an ambitious. The liberalisation drive has the potential to boost the economy of a province currently trailing behind, while a free trade port could reshape the region’s existing free trade infrastructure. Perhaps more importantly, the economic overhaul of the province will be closely watched by Beijing as a testing ground for China’s economy as a whole, currently slowing down and in need of reform. Hainan has struggled in the past. Its future success may depend on how committed the leadership is to reform and opening — other than on paper. As the recent walk-back on internet freedoms suggest, there will likely be other speedbumps along the way.