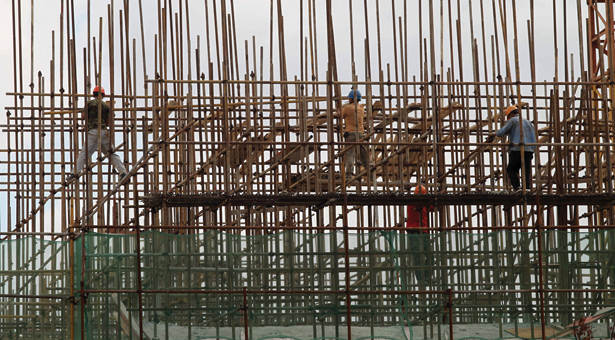 
Chinese investors and homebuyers will sleep with one eye open as the government concocts its next formula for the property market.

Among the potential antidotes is a nationwide property tax, which has of late captured national attention and fed debate on just how Beijing should go about managing the market.

The stakes are clear. Top-ranking officials have long maintained that what were once skyrocketing property prices must be reined in, lest the government add to the pool of young couples struggling to afford their first home. Control measures have been the key words for the sector since 2009, when the government finally weighed in on prices. Restrictions on borrowing and speculative home purchases have already translated into slowing growth in property prices and in the dozens of industries that supply and feed on real estate.

Some industry insiders say that a national property tax is one of the structural reforms needed to restrain price growth and reform the finances of local governments, which still depend on land sales for a large part of their revenue. However, others debate whether a national property tax can be implemented quickly and effectively enough to rein in price growth, and whether its implementation would clamp down too sharply on the property market and disrupt the broader economy.

“We still think the property sector is the weakest link and this is in fact a major factor for the weakness of the Chinese economy now,” said Liu Li-Gang, head of Greater China economic research for ANZ Bank.

Though still mild, month-on-month price increases recently returned to the real estate market, according to the National Bureau of Statistics.

Developers will be encouraged by the most recent figures from GK Dragonomics, which showed a 13% year-on-year increase in property sales volume nationwide in July. The report notes that sales have spread from big cities, which have seen by far the fastest increase in prices, to the nation as a whole.

The numbers may strengthen Beijing’s dedication to control measures. According to Xinhua News Agency, Premier Wen Jiabao in late August said the measures were in a “critical period” in the fight against speculation. A property tax levied in Shanghai and Chongqing in early 2011 could provide another method for the government to dampen price growth, as well as recruit a broader base of tax payers. Tax governors from across China are currently preparing for the nationwide imposition of a property tax, according to The Economic Information Daily, which cited an anonymous source who was involved in training courses for the officials at Renmin University of China.

In Chongqing, the tax was levied on villas, high-grade housing and second homes purchased by non-local investors in nine central districts of the city. Rates ranged from 0.5% to 1.2% of property value.

Thus far, however, the scope of the tax remain so small as to be largely symbolic. In 2011, the tax raised a paltry 0.12% of what the government earned from land sales that year, Reuters reported. The tax in Shanghai has targeted second residences at a lower rate.

Imposing the tax at a low rate, followed by gradual yearly increases, could help the government to introduce this historically unprecedented move, according to Zuo Xuejin, vice president at the Shanghai Academy of Social Sciences. The tax could start at just 0.1%, increasing a tenth of a percentage point each year until it reaches 1.5%, he suggested. If levied on second and second-plus properties, the tax could work to reduce speculation.

To be meaningful but avoid crippling the real demand for first-homes purchases, the tax should skip over a family’s primary residence but hit hard any additional property the family might own, said Jonathan Leightner, an Asia specialist and economics lecturer at Augusta State University in the US. The rate on additional properties would need to be high enough to discourage the speculation that has warped demand and increased prices for those who struggle to afford their first house.

Opposition to the tax has already surfaced in some media reports, in which Beijing pensioners called any such measure unfair. “Of course there will be resistance,” Leightner said. Affluent Chinese with political clout – and substantial investments in residential real estate – are likely to work to stymie the tax, though not always for selfish reasons.

In a recent online interview, former central bank advisor Li Daokui said those hoping for the tax to relieve the problem were “dreaming.” In another interview, one property insider said that without a transparent and democratic financial system in place, the tax would be like “giving money to an opium addict.”Although Chinese politicians hinted during the National People’s Congress in March at a 2012 entrance for the tax in other cities, policymakers seem likely to hold off on any major steps or policy changes until after China’s once-in-a-decade power transition is largely completed next March, ANZ’s Liu Li-Gang said. China will likely have to wait to see whether the property tax will really be the panacea some purport it to be.