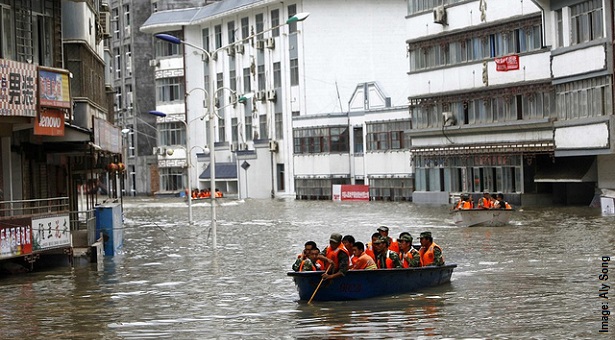 House view: If you must spend, spend wisely

In hindsight the problems caused by the Chinese government’s largest-ever stimulus of US$586 billion, launched in response to the 2008 global financial crisis, are obvious. But then they always were.

In transcripts recently released by the US Federal Reserve from the middle of the 2008-9 financial crisis, Fed economist Nathan Sheets says what everyone must have been thinking about the new spring in China’s economic step: “I personally find it difficult to believe that much credit could be allocated as quickly as we saw in the first half of the year and for it all to be perfectly efficiently allocated”. With so much cash sloshing its way to local government coffers a fair number of projects would inevitably go nowhere, often in the form of ghost towns, pointless, gaudy landmarks and actual roads to nowhere.

Today things are different, but not quite in the way China’s leaders were hoping before last year’s slump.

Infrastructure on the mainland has long used a one-source financing model that is heavily dependent on either government lending or land sales, two fundraising methods that even the most inattentive cadre will tell you aren’t holding up too well these days. The pre-2014 plan was to wean local governments off their old revenue sources in order to better guard against more serious economic crumpling.

The central government, well aware that infrastructure investment had become a dangerous contributor to local governments’ debt, prioritized getting a handle on that risk by reducing those governments’ access to bank credit. Meanwhile land sales, long a go-to funding source for many local governments, became less viable thanks to the real estate slump. In answer to these dual deficits and to emphasize a more sustainable alternative, in September China’s Ministry of Finance issued a notice promoting public-private partnerships in infrastructure investment. But this was largely an empty gesture.

As downward pressure on the economy grew, this optimistic sentiment was soon drowned out by waves of cash from the central government after the State Council decided to streamline approval reviews for infrastructure investment projects. And it worked: In its latest annual outlook report accounting firm KPMG credited investment in infrastructure and agriculture with helping to partially offset economic downturn, noting that both had annual growth rates of more than 20% in 2014; in January, Bloomberg reported China was accelerating 300 infrastructure projects valued at US$1.1 trillion to shore up growth.

“The government is still exercising a strong hand in terms of leading the development, so I think the investment – both in its quantity and in its coverage – is still pretty robust,” Huang Jianxiang, an assistant professor in the Department of Urban Planning and Design at the University of Hong Kong, told China Economic Review. Huang said he expected an emphasis on high-speed rail, energy and urbanization going forward. That likely means much-needed reforms to infrastructure funding in China will be further frustrated so long as China’s economy refuses to cooperate.

The upshot is that prudent urbanization investment remains key to making China’s already swollen cities more livable, and Huang suggested local urban transportation would see substantial funding, with rapid installation of bus routes and railways. While those seats might not be filled immediately, Huang cautioned against too quickly writing off such a buildup of capacity. Many urban areas of China remain underserved by local public transportation, but policy decisions and construction often move far faster than local populations can fill the resulting surplus.

A prime example is Beijing, home to ring roads and metro rails that until the turn of the millennium looked troublingly underused. Now its traffic snarls have gained global renown and its subway system is so packed that the company running it has been forced to abandon a flat fee for want of funds to keep the trains running on time.

The subway isn’t the only subterranean system in Beijing that can’t bear the weight of reality; the capital has proven particularly susceptible to floods as its impermeable surfaces expand ever-outward to accommodate a ballooning population. There and in many other mainland cities, rainwater has nowhere to flow but into, and then back out of, an insufficient patchwork of semi-connected conduits.

Promises to upgrade the capital’s dated drainage system date back to at least 2004, when a July storm dumped an average 70mm on the city proper in just three hours and turned its ring roads’ iconic underpasses into impassable lakes. The city government quickly announced that a plan to solve the problem had been drawn up, though it gave no details; it later said much the same in 2006 after an August storm loosed 55mm of rain in three hours; then again after another summer storm in 2011 dropped a city-wide average of 100mm, causing serious flooding again and drowning two men in an underpass; and once more in 2012 when roughly 215mm fell in a single day.

Finally in July of 2013, 224mm of rain fell upon the city, paralyzing the ring roads, causing flash floods in the semi-rural suburbs and racking up an official death count of 77 people still viewed with suspicion by residents. In all the floods did more than RMB2.2 million of damage. That seemed to finally get through to city officials in Beijing and around the country that the problem wasn’t just not going away—it was getting worse.

Huang said Beijing had since taken major initiatives to manage its drainage, but that it was still unclear how long it would take for those to translate into measurable, concrete outcomes. “Given the size of Chinese cities – given the population, given just the area they cover – that transition will probably take much longer,” Huang said, noting that much of the system in Beijing was Soviet-designed.

In that sense it bears a striking resemblance to the final vestiges of centrally directed, one-source funding that continue to plague local infrastructure efforts in China. Despite the government’s lowering of the 2015 growth target to “about 7%”, Premier Li Keqiang announced at the start of China’s annual legislative session in March that China would invest US$260 billion in infrastructure projects to encourage growth.

Whether that is ultimately money well-spent depends on how it is dispensed. China’s growing network of megacities may be able to put off infrastructure funding reforms for another year, perhaps two. But if China’s leaders don’t take a harder line soon they will end up with more blighted urban areas like Beijing: costly, congested, flood-prone and, in the words of its current mayor Wang Anshun, “not a livable city.” ♦