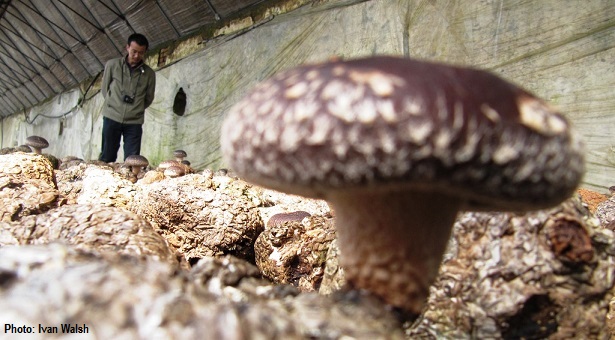 Chinese agriculture has been shaped over the last 30 years by intense modernization and industrialization, as well as a stubborn commitment to self-sufficiency. While many policies have held steady through the start of this year, 2015 looks set to get more interesting as we head into the second quarter.

One area to watch is the slow-burning growth of the organic market in China, which is now the fourth largest organic market in the world after the US, Germany and France. The Chinese government itself has forecast continued annual growth in organic markets, and new organic shops such as Lohao are popping up to meet demand. This could be a significant opportunity for investment, but current domestic organic production still has hurdles to overcome.

One major issue is that the standards for organic certification are lower on the mainland than those adopted internationally, and regulation of products falsely claiming to be organic is limited. Whilst prospects for imports of organic produce are bright, in order to pass through customs all greens must arrive at the border with Chinese organic certification—an expensive, extensive process. Local organic may also be limited by the decreasing availability of farmland in China, which underpins the country’s growing reliance on intense, industrial agriculture. Nonetheless, breaking into the organic market now could see big gains if the proper model can be deployed.

A second, broader development is the government’s acceptance of genetically modified produce, this despite cries to the contrary from the public in recent years. In early January 2015 GM cotton and papaya was approved for commercial production in China, and the importation of GM soybeans, rapeseed, cotton and corn have all been given the go-ahead, though as US corn farmers will note, some took longer than others. Government officials further proclaimed that China is now a world leader in GM research of some crops, notably rice and corn, and asserted wholehearted support of scientific inquiry into GM products.

Beijings sharp U-turn to embrace GM foods is partly a result of the country’s water and agricultural land scarcity, as modified crops offer much greater yields for the same area. Another likely if less publicized factor is the current Chinese dependence on international conglomerates for seeds. Monsanto, DuPont Co. and Syngenta AG all operate large, competitive seed banks that China’s domestic companies cannot match. After the rejection of a Chinese company’s unsolicited bid for Origin Agritech Ltd – which controls the rights to China’s genetically modified corn – the government is clearly pushing for competitive native expertise and production. However, after many years of denying GM foods, there will be an uphill battle with a skeptical, perhaps paranoid public.

Last and by no means least, China has begun aggressively pumping up potato production. The Ministry of Agriculture announced in January that 50% of potatoes grown in China would be consumed as a staple food by 2020, no small feat considering the country is already one of the world’s largest producers of said root. The humble tuber offers an alternative crop to cultivate on land that has been degraded by intensive cereal farming or pollution, and requires significantly less water compared with rice and wheat. This makes it ideal for China’s notoriously dry northern and western provinces, which are subject to rapid desertification as a result of environmental degradation.

Farmers aren’t the only ones who would have to get on board Beijing’s potato train: although the potato has been a part of the Chinese diet since it was introduced in the 17th century, it is not accorded the same level of reverence as rice and wheat. But earlier this year, the government announced pilot programs for rationing agricultural water usage, with a quota of water allowed per fixed area of crop, as well as fines for overuse and rewards for those who spare the hosepipe. This implicit indictment of the state of China’s water supply situation might convince producers and consumers to look potato-ward.

All of these trends have been spurred by continued economic growth at the expense of the environment. Yet China also looks unlikely to relinquish its grip on food self-sufficiency, as trends in genetic modification research and the shift to potato production further illustrate Beijing’s commitment to this cause. It will be interesting to see how growth in the organic market will be affected by China’s limited agricultural space, as the latter would seem to imply that imports of organic produce will increase. But the above developments also face a shared further hurdle: The success of organics, GM produce and potatoes will require significant shifts in Chinese public opinion. ♦