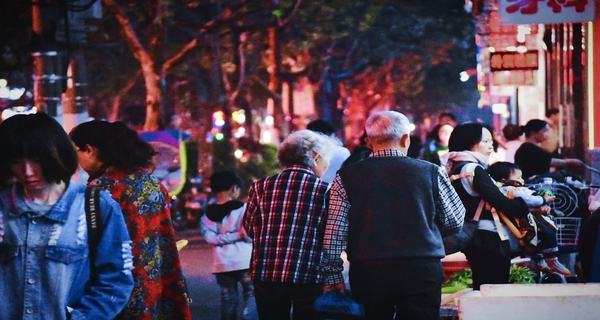 This article was kindly contributed by Technode. For the original, click here.

China’s massive O2O platform Meituan Dianping is a company that defies categorization. As the company’s founder and CEO Wang Xing once said, it’s hard for them to compare to any other company. Once known as the Chinese equivalents of Groupon and Yelp, Meituan and Dianping merged in 2015 to become a company that sells movie tickets, delivers food, provides hotel and hospitality services and much more. Its latest frontiers are mobility and thebig data-powered “new retail.”

The company has just filed for an IPO in Hong Kong seeking to raise more than $4 billion at a valuation of $60 billion. But the IPO is just the beginning, Market watchers are already speculating if the company will join China’s tech trinity BAT (Baidu-Alibaba-Tencent). The company has been backed by both Tencent and Alibaba with Alibaba selling its share in 2016. Similar to these giants, Meituan Dianping has developed into something of a super-platform.

The rise of China’s super-platforms is driven by both consumers and companies, according to Peking University professor Jeffrey Towson. For consumers, it’s easier to have a single app that offers several services: for example, a mobility app could combine hailing taxis, ride-sharing, and bike rental. On the other hand, companies in a large market like China have to provide a huge number of physical assets, be it bikes or supermarkets. This makes it harder for smaller companies to compete which drives the sector towards one large player, he explains.

Super-platforms in China also combine related activities or services for consumers. For example, in e-commerce, previously separate areas such as entertainment, food and general merchandise, are combining into larger B2C marketplaces. The result is an ecosystem with both physical and online assets that provide one seamless, data-driven consumer experience, says Towson.

“You could argue that Meituan is doing something similar in services—you can get dinner, book hotels, get movie tickets, bicycles,” Towson told TechNode. Much like Alibaba which gives SMEs digital tools to sell products and compete with larger merchants and brands, Meituan is doing the same for service SMEs: “People call them the Alibaba for services.”

A similar view of China’s digital landscape was presented in last year’s McKinsey analysis titled “Competing in a World of Sectors Without Borders” explaining why companies like BAT but also Meituan are now entering so many different areas. Chinese companies are turning into business ecosystems in which sectors that once seemed disconnected fit together seamlessly and where users, their data, and businesses are part of a large interdependent machine.

“Ecosystem orchestrators use data to connect the dots—by, for example, linking all possible producers with all possible customers, and, increasingly, by predicting the needs of customers before they are articulated,” the report states. “The more a company knows about its customers, the better able it is to offer a truly integrated, end-to-end digital experience.”

What is the endgame for super-platforms or ecosystems such as these? Meituan’s Wang Xing has an interesting view on competition in the Chinese market. In an interview with Caijing Magazine published June last year, Xing explained the battle in China’s heated food delivery business where it is facing Alibaba-backed Ele.me and Koubei with his “4321” theory:

“When a new opportunity appears, a pile of people rushes in. There may be four preliminary winners after a period of battle. It’s usually the BAT plus the winner among the startups—for instance, this is the situation that [Chinese news aggregator] Jinri Toutiao is facing today. But this is not a stable structure so four will turn into three, and three into two, just like it happened when Baidu Takeaway exited [the food delivery competition].”

According to Xing, however, Meituan does not strive to be No. 1 nor does he believe that there should be a single dominant company in one area. Enterprises are reluctant to have only one supplier and there are always consumers that prefer different brands: Coca-Cola or Pepsi, Nike or Adidas. China’s omnipresent (and increasingly omnipotent) social platform WeChat might be the exception here. What Meituan wants to do is expand horizontally and it is not afraid to step into other areas.

“Where is the real endgame?” said Wang during the interview. “The word ‘endgame’ (终局 in Chinese) originally comes from chess, but now the reality is that the chessboard is still expanding.”

Meituan’s latest push into mobility which has pitted it against notable adversaries has garnered plenty of attention. In March the company went head-to-head with ride-hailing heavyweight Didi by launching a ride-hailing service and in April it bought bike rental company Mobike whose main rival is the Alibaba-backed ofo. It seems that Xing’s 4321 theory is reversing: market ruler Didi is facing not only competition from Meituan. Hotel and flight booking platform Ctrip and Alibaba’s mapping service AutoNavi have recently also launched new mobility services: a ride-hailing and a car-pooling service respectively.

Thinking as a proper super-platform, Meituan sees its expansion into mobility as just another way to serve its users. Meituan is a very location-oriented business and ride-hailing is a location-based service, according to Xing. But the company has also experienced great losses on account of its expansion. Its IPO filing revealed a net loss of RMB 19 billion yuan ($2.9 billion) last year on revenue of RMB 33.9 billion. After adjusting for share-based compensation and other items, the loss for the year was RMB 2.9 billion.

“O2O, food delivery, and bike sharing have been a pretty brutal business when it comes to cash in a way that e-commerce is not,” said Towson.

Wang Xing believes that Meituan has the potential to become the next Alibaba or Tencent but he also knows that this will take time. For Meituan, the battles continue.