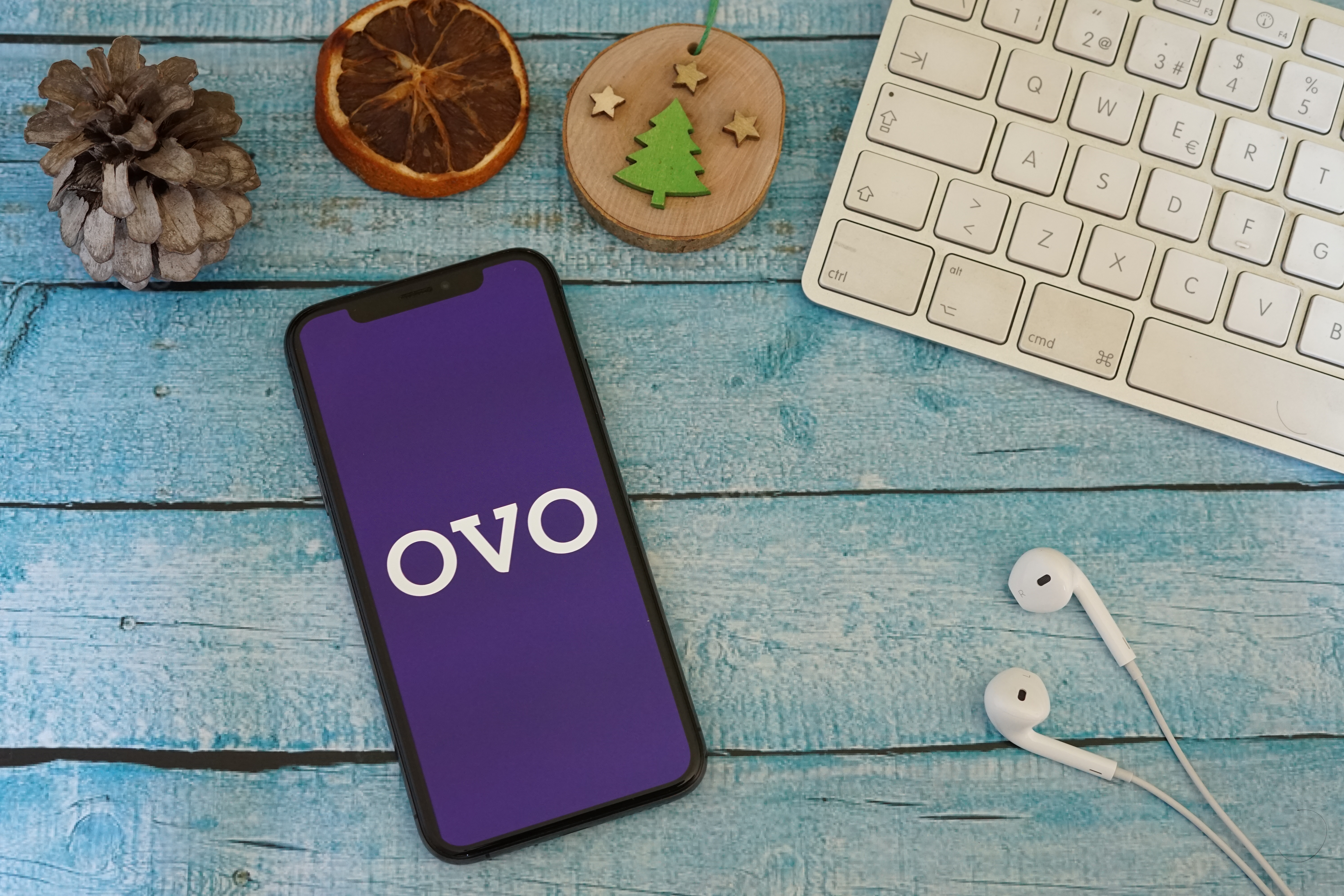 Indonesian Digital Currency On The Rise

Digital currency is an ever-growing part of finance in Indonesia, with more than 40 electronic money providers listed by the central bank of Indonesia. But two of the players, DANA and GoPay, both backed by foreign investors, are attempting to dominate the market as usage grows and the market diversifies

China and the islands that today make up Indonesia have had a long and colorful relationship that goes back centuries. But the extent of trade and economic exchanges and integration are greater today than ever before and it’s only going to go further. And become more and more digital.

For several decades, Indonesia has been a very important source of raw materials for the Chinese economy including oil, natural gas and timber. But in recent years, the tables are turning, as China is now impacting Indonesia in a growing number of economic ways. From ecommerce to property development to tourism, Chinese investors have a hand in big Indonesian enterprises as they provide the funds and technology to support new projects. And one of the largest sectors that Chinese firms have invested in is Indonesia’s digital currency industry.

Digital money in Indonesia is part of a massive shift in the market as more and more people choose to use e-money or digital currency to shop and pay bills. The latest data from Indonesia’s central bank recorded there being 41 licensed e-money platforms in the country as of February 2020. Two of the key players in Indonesia’s financial tech sector are connected to the massive Chinese firms Ant Financial and Tencent.

The number of electronic money transactions in Indonesia’s retail market has skyrocketed—up 173% in January of 2020 compared to the same month in 2019. Around 53% of the country’s total population are now reported to be digital consumers in way or another.

In a joint research report conducted by iPrice Group and App Annie, the most used digital payment platform in Indonesia was GoPay with 58% of transactions, Ovo with 29% followed by DANA with 9%. Another report named the main players in digital currency as being Gopay, Ovo, LinkAja and Shoppeepay.

“Mobile payment services itself are up by 70% (over the past year), and according to data from Bank Indonesia, right now we have more than 38 e-wallets that already have received an official license from our central bank (Bank Indonesia),” said Steve Saraeng the Vice President of Communications at DANA Indonesia, one of the most prominent players in Indonesia’s race to digitizing money.

DANA Indonesia offers a digital payment platform offering an open platform model which can be used to do digital transactions through various applications, online or at conventional outlets.

Saerang said that DANA Indonesia already has partnerships with 200,000 micro small-medium enterprises and 1,027 online and major partnerships including international corporations such as Apple.

Soon after its launch in 2017, DANA was the target of widespread rumors that the e-money startup was a front for Alipay operations, which the company denies.

“If I told you that all your data is safe in Indonesia, we use our data center in Indonesia, it gives you a peace of mind right? The second one is if you know that the people behind the process of DANA are Indonesian, you feel this piece of mind as well because there are no foreigners involved processing your data and transactions,” Saerang added.

But DANA has taken a page out of Ant Group’s book when it comes to making it easy for customers and merchants to create accounts and use the platform with a simple user-friendly interface and the use of QR codes for various payments.

“We are currently working with Bank Indonesia and we launched earlier this year one code which can be used by a lot of players. So even if the customers use GoPay, Ovo, Linkaja, Shoppee Pay, they still can use the QR code that we present,” said Saerang.

Indonesia’s finance and banking industry remains relatively undeveloped but the digital revolution is speeding up inclusion of previously excluded groups amongst the country’s 270 million citizens. According to a 2019 National Financial Literacy survey, Indonesia’s financial inclusion rate stood at 76.1 percent, up from 50 percent in 2013. The inclusion rate is expected to top 80% this year.

“Indonesia has a large unbanked population and low credit card penetration, but it also has strong smartphone penetration,” said Budi Gandasoebrata, Managing Director of GoPay. “This therefore, presents a good opportunity for industry players like GoPay to develop digital payments and financial services solutions that meet the people’s needs and accelerate financial inclusion in the country.”

As Gojek has grown from a local startup into a global company, it has attracted global investors. The shareholders of GoPay are a diverse and global group, none of whom have a major stake in the company. They include China’s Tencent Mobility Limited with 3.58% and Google Asia Pacific with 2.94%, Gamvest PTE Ltd, a US-based real estate company owns the largest stake of the company at 8.82%.

“While we have worked closely with our global investors and drawn on their expertise, we have also remained deeply aware of the local context in Indonesia and Southeast Asia. Any products and services that we introduce are designed specifically to address the issues in this region and meet our users’ needs, and this will always be the case.” Gandasoebrata stated.

But he noted that China’s fintech industry is a great success story, especially in terms of how digital payments have become widely adopted and used in the country.

“While there are learnings that can be gleaned from China’s experience, it is also crucial to ensure that our solutions suit the context of Indonesia and Southeast Asia, as every market has its own unique set of needs,” said Gandasoebrata.

Aside from local fintech companies, Chinese firms have also been partnering with Indonesian e-commerce players such as Tokopedia and Lazada, which allow for transactions using China’s currency, the renminbi (yuan), through WeChat or Alipay.

“If you send yuan to your WeChat or Alipay account, then you can immediately use it make a transaction on Tokopedia,” says Zehan Pricilla, an Academic Researcher on China-Indonesian Economic Relations from the Institute of Economics and Social Research at Universitas Indonesia. “Actually many are using it that way too.”

Pricillia explains that Chinese firms tend to invest in Southeast Asian companies because they want to penetrate a huge potential market which is quite diverse compared to the more saturated Chinese market.

“They are looking for markets that are still under development, and one of them is Indonesia. They want to replicate the strategy that has been done by China, because they see the similarities between market demographics and characteristics that can be replicated with the existing model in China. So, they are looking at what they can upgrade with the companies they are investing in now,” said Pricilla.

She said she believes that while companies like DANA and GoPay as local players have large appeal and public trust, Indonesian consumers are for the most part pragmatic when it comes to choosing between local or foreign brands.

“Even though you know that, for example, you have a payment service from China, but you can get 100,000 cashback bonuses from it, then ideology is set aside as long as they can still get the benefits,” said Pricilla.

She also noted that Chinese branded mobile phones including Vivo, Xiaomi dominate the Indonesian market, and rumors about foreign involvement in Indonesian companies tend to die down once they realize such firms offer more benefits.

“As long as they can get or enjoy the benefits, it doesn’t seem like it really matters,” she said.

Asked how long it will take for Indonesia to fully transition into a cashless society, Pricilla said it was still a challenge given the country’s dispersed geography. Many remote parts of Indonesia don’t have access to stable internet connections, while digital “literacy” in the country is still low.

She also noted that in China firms can rely on government support in creating the infrastructure needed, such as nationwide internet coverage.

“For urban areas, it seems like it could be a few years, if companies actually have the budget for it. But for remote areas it will be difficult. I just don’t know how long it will take,” she added.