Home Banking & Finance Is the shadow of the state sector growing over China’s private business? 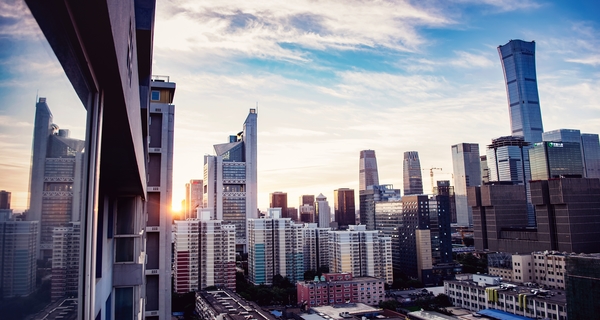 Is the shadow of the state sector growing over China’s private business?

China’s private sector has received a lot of attention lately. The government is filling the airwaves with official statements of support for private businesses, and many consider proper financial nourishment of the sector key to a soft landing from the developing economic slowdown.

For China’s entrepreneurs, however, a group responsible for 60% of the Chinese economy, these encouraging noises may not brighten up an otherwise gloomy outlook for the coming quarters. Despite clear shows from the supreme court and market regulators to bolster private business, there are creeping signs that the country’s bloated state sector is once again expanding at the expense of the private.

Government-linked bodies are increasingly gaining major stakes of listed companies as financial strains from months of deleveraging force firms to look to local authorities for investment. So far in 2018, over 50 listed Chinese companies have received Rmb 30 billion ($4.3 billion) in financial backing from local governments, according to official data. In about half of the cases, the government bodies went on to become top shareholders.

Private firms have traditionally been overlooked for new credit in favour of those in the public sector in China. According to DBS bank, SOEs held 60% of total corporate debt at the end of 2017, despite being significantly less profitable than privately-owned businesses. Beijing’s crackdown on off-balance sheet ‘shadow banking’, although intended to address China’s growing pile of risky debt, has nevertheless left entrepreneurs looking for handouts.

“For those companies that lack cash, it seems there is no other way than to go back to the government,” said Raymond Yeung, chief economist of Greater China at ANZ. “If they can get it from an established market channel such as through stock or bond issuance, they would, but the medium-sized firms don’t have this luxury.”

Despite state media’s portrayal as Beijing providing a safety net for troubled companies, others argue that low stock prices following a recent market rout have given the government an opportunity to aggressively acquire vulnerable firms, building on a comeback trend for SOEs starting in the wake of the global financial crisis. Reporters are making good use of the Chinese axiom guo jin min tui, or “the state advances, the private sector retreats.”

Officials have denied claims of any ulterior motive from the central government. Vice premier and economic guru Liu He labelled such talk as “one-sided” and “wrong”, and that state banks were working hard to restructure private firms in dire straits.

A full roster have since come out to flaunt their backing for the private sector. In an emphatic interview with state media, head of China’s banking regulator, Guo Shuming recently instructed banks to extend at least half of new loans over the next three years to private firms. His remarks came just days after central bank governor Yi Gang laid out his strategy to funnel cash to the private sector via the “three arrows” of debt, bank loans, and a new equity financing programme.

“The fact that the CBIRC [China Banking and Regulatory Commission] feel the need to set quotas likely tells the market just how bad the situation is for financing,” said Yeung.

President Xi Jinping exemplified the recent pro-private push when he chaired an unprecedented ‘symposium’ with the nation’s leading businessmen late October, during which he acknowledged that although progress has not been as smooth as hoped, private companies should nevertheless have full confidence of the government’s support.

“Supporting the development of private companies has been the consistent stance of the Party center,” said Xi in his address. “This will not change one bit.”

While Xi laid out some of the more market-friendly policies the government will leverage to prop up the private sector, his address also tried to reassure business of the growing state presence in Chinese companies.

“Some people say that strengthening Party building and trade union work in enterprises is to control private enterprises,” said the President. “These statements are completely wrong and do not conform to the Party’s major policies.”

But whether Xi’s plans for stronger businesses amount to true market liberalisation is not fully clear. In a front-page op-ed in the state-run Study Times the morning after the symposium, senior Communist Party official Xu Lejiang suggested that a flourishing private sector will be instrumental in realising Beijing’s wider goals.

“Strengthening and improving the Party building work of private enterprises…is also an important guarantee for promoting the healthy development of the non-public economy,” Xu added.