Home Business JD is delivering more than just goods: Its infrastructure is also for sale 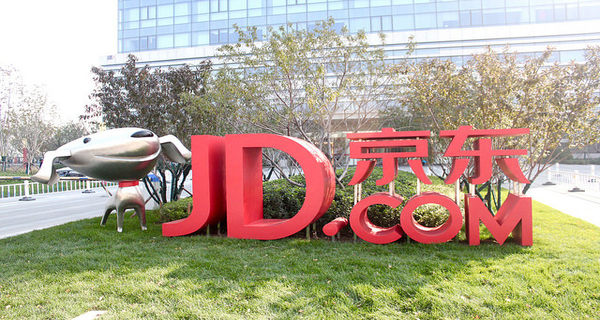 JD is delivering more than just goods: Its infrastructure is also for sale

Despite another record-breaking sale day for China’s top retailer yesterday, JD.com is interested in selling more than just consumer goods. From taking on the China distribution functions for foreign brands to selling the drones it is developing, JD.com is making much of its retail and logistics infrastructure available to buy.

“Everything we have in our food chain, once it is mature we will open it up,” Zhang Chen, JD’s CTO told a small group of journalists as part of a tour of the firm’s facilities ahead of its 6.18 sales event. The scale of JD’s operation–and the data that operation generates–help it to develop technologies to keep ahead of the crowd. It is also choosing to make these new services available to others. But could its scale and ability to advance its offering lead to rapidly increasing customer expectations which only it can meet, in turn leading to a dependency on its infrastructure by other retailers in China and the markets it is entering?

Retail as a Service

Retail as a service (RaaS) is a growing business area for the likes of pure technology companies–both hardware and software–as well as retailers such as Amazon and marketplace platforms such as eBay and Alibaba.

The likes of Intel, Microsoft, and Fujitsu offer RaaS in the form of data collection and analysis for retailers, in some cases providing devices and utilizing IoT to help automate the physical handling of goods. Amazon offers a full service for other retailers and can keep the merchant’s stock in its warehouse and despatch on behalf of the merchant.

The recent craze in some countries for subscription services for daily snacks or monthly cosmetics is another way in which retail is becoming a service. It can be argued that the sharing economy, in general, is a form of RaaS. Didi drivers making the cars they have bought available to others means that end users enjoy the vehicle purchase as a service.

Buses for staff outside the HQ in the outskirts of Beijing. More bus services are provided during 6.18 to take staff working overtime to nearby hotels. (Image credit: TechNode/Frank Hersey)

At the outset, JD making its own technologies and services available to other retailers might seem counterproductive, but the moves allow the company, which has yet to turn a profit, to explore more sources of revenue. And unlike Amazon which offers various RaaS, JD also owns and operates its entire logistics network all the way to the customer and is also making logistics as a service (LaaS) available to others.

JD is certainly casting its net wide. Its retail core is already a more complex offering than marketplaces such as TMall. Primarily a direct retailer, JD buys stock from suppliers and sells it through its site. But it also offers the marketplace format and is also, like Amazon, developing some of its own product lines. Individual divisions, such as TopLife for luxury lifestyle, also offer a mix of retail and marketplace.

But that’s just for starters. JD is also developing its own AI with the company’s vast data resources, developing drones that can carry over a ton, driverless delivery vehicles, as well as fully automated warehouses and robotics. It has 12,000 engineers in China and Silicon Valley working on its technologies, all of which will be up for sale.

“We don’t want to be a retailer, not even the smartest retailer on the planet,” said Zhang, “We want to be able to do the retailing and in the meantime really help the merchants be able to run their retailing even better.”

The company is using this year’s 6.18 sales extravaganza—June 18, the date the company was founded in 1998—to highlight how it’s not just a retailer. “Before it’s been about what we’re going to sell, this year it’s about what technology we’re building to realize our mission as a retail and service company,” said CTO Zhang Chen

“Retail as a service starts with the user experience–from a PC, from an app or a device–any touchpoint where we engage with the user, to how we manage the supply chain, to how we finance the user to buy things, to smart logistics, the warehouses, the drones, the driverless delivery vehicles. We come back to three key things: user experience, cost, and efficiency.”

Brick and mortar stores are an important growth area for the company too and have played a key role in this year’s 6.18 sales.

“Users already don’t care about online and offline,” said Zhang of customers, who ask only who can serve me better, “We really believe in win-win, how best can we serve the customers. Today even if they’re not our customer, tomorrow they could be our customer. If we can help the merchants, manufacturers and offline retailers to be more efficient, we can serve their customers better and eventually it will be a win again for JD. Offline is not going away–it’s their efficiency that needs to improve. We want to be their partners and improve their customers’ experience by working together. It’s all about scale.”

“Customer expectations are increasing for delivery,” said Cui Zheng, director of the JD Drone R&D Center in Xi’an. JD’s drone service–the first commercial service in the world–is being opened up to third-party clients. But Cui also told journalists that his division received an order for 1,000 of its final mile drones in early 2018, to be delivered to the unnamed client over a three-year period. JD assembles the craft itself from all-Chinese components.

All drones developed in-house for now, said Cui, and as logistics drones face much higher safety requirements than those for personal use. JD has received some financial help from the government in Shaanxi for projects involving the use of drones in rescues.

JD is currently testing its in Indonesia, Thailand, and Tanzania. Cui expects them to be commercially deployed this year.

Cheng Hui, Head of JD-X Research and Development Center in Silicon Valley told journalists that the company’s warehouse automation is also being offered to others. JD already provides distribution services for brands such as Oldenburger, fulfilling not just JD-based sales but replenishing brick and mortar retailers.

Individual warehousing technologies will also be sold as well as offering the total solution. Teams are developing robotics and automation that it will soon be selling. “We’re already seeing with the grasping that [the robots] are twice as efficient as human employees–and they don’t get tired,” said Cheng.

The company is applying blockchain to help with tracking and traceability of produce. Over 400 brands, 11,000 SKUs, and over a billion items on the blockchain, Pei Jian, Head of Blockchain and Smart Supply Chain, told reporters.

CTO Zhang Chen explained that tools such as blockchain will only be used in certain scenarios where customer require greater reassurance that the products are traceable. For items such as water or even iPhones, there is already enough trust in JD.com, a boon for the platform to sell RaaS.

Know your enemies, know their customers

‘It’s a business about scale. It’s OK if you’re not making money at the beginning. It’s all about scale. When you’re accumulating the data of millions and billions of users, the business model will come through,” said CTO Zhang Chen.

JD generates huge quantities of data on its own customers, but also the customers of the other retailers it provides services for as it has stored, picked, packed and delivered the goods to them.

“The data we do have we use to decide where to keep inventory,” explained Yan Bao, Director of JD Logistics. This allows 57% of JD.com orders to be delivered in 12 hours and 90% in 24 hours.

JD started providing logistics services to third-party companies in 2013 and has gone on to provide them with brand insights via its big data and algorithms to help them with forecasting and help JD know where to store the inventory to be near the likely customers.

JD’s most capital-intensive overseas investment to date has been with in its joint venture in Indonesia. JD has provided all the tech and equipment and arranged last mile delivery. “Before we did them, most orders were delivered in 5-7 days, but right now around 85% of orders are delivered within one day,” said Yan.

Thailand will be next, in the coming months. JD’s overseas priority is in Southeast Asia. Then next are other countries along the One Belt One Road routes, China’s overseas investment plan. “We’re also considering other mature markets. In those markets we may just provide the logistics knowhow and technology and partner with local partners to build the network,” said Yan.

On the company’s 6.18 anniversary sale day this year, JD and Google announced that Google was investing $550 million in the company to forge a strategic partnership for JD’s overseas ventures.

Efficiency, customer experience and cost play a part in every aspect of JD’s work. “You have to control end-to-end for efficiency. This game is all about efficiency,” said CTO Zhang Chen talking about the importance of data to help secure end-to-end service.

“Everything we have in our food chain, once it is mature we will open it up. Because, in the end, who can define the standards? The more people we serve, the more we’ll become the standard,” said Zhang, placing particular emphasis on the company’s abilities in product tracing and collaboration with government agencies. Standards, perhaps, of customer expectations as well as industry and regulatory requirements.

A ‘white glove’ delivery man in action in Shanghai. The service is included for certain brands, and customers can opt to pay RMB49 for the service for certain other brands. (Image credit: TechNode/Frank Hersey)

JD is already working on 30-minute delivery slots according to Yan Bao. The company’s TopLife luxury division has found trends that have already moved beyond same day delivery: only 60% of orders are wanted the same day. Others want to pick the exact time, often at the weekend, for their “white glove” butler-like delivery so they can really enjoy the moment. TopLife is selling 30 international designer brands, though only 10% are direct sales, the rest are marketplaces. 90% also use JD’s warehousing. As Ding Xia, President of JD International Fashion, told journalists, the main problem facing brands wanting to do their own direct retailing in China: “brand.com in China has zero traffic”.

As Zhang Chen pointed out, he has found that retailers across the world don’t have money or time to research improvements to logistics and infrastructure. Adding the fact that JD’s suppliers make more money by selling through the company as its efficiency means it takes less of a cut of total sale cost, according to Zhang, and JD is in a very strong position. More companies are already transferring their warehousing to the retailer for cost saving.

Whether or not JD is creating dependencies at home and abroad on its exceptional customer service that smaller players cannot match–a service that it is constantly improving with its scale and technology and soon becomes the expected norm for customers–remains to be seen. But the company seems bullish.

“No matter where you go, retail is probably one of the largest sectors of GDP, and if we do retail ourselves and are also a retail service provider, that’s huge,” said CTO Zhang Chen.