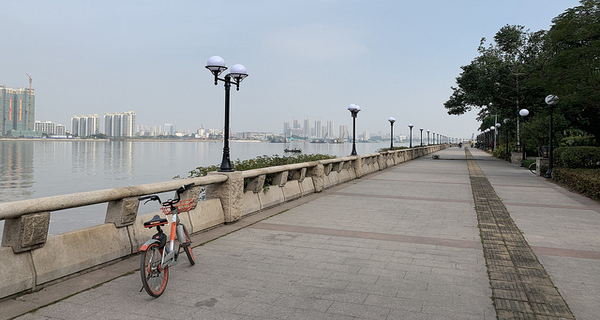 Looking at China tech headlines of recent months, one trend becomes evident: a whole lot of companies are not laying off workers. At least, officially.

In reality, it’s becoming clear that headcount control is occurring across China’s tech sector, and jobs are becoming scarce.

At the end of November, embattled e-commerce giant JD.com refuted rumors circulating that the company would be cutting 10% to 15% of its workers.

Online services company Meituan-Dianping, which recently had its IPO, said in December that reports of large-scale job losses were untrue, and that staff changes were part of “normal operational restructuring.”

Tencent claimed in late September that it had “no plans for layoffs,” as it announced a “strategic upgrade” amid gaming regulations that have threatened to kill one of the Shenzhen-headquartered company’s main cash cows.

It’s difficult to prove or disprove such rumors or refutations specifically. In China, few companies admit to laying off staff, even when downsizing is obvious. Part of this is often attributed to culture, but to be sure, no company would like to bring attention to fact that they are putting some of their employees out of a job.

Yet another reason why few companies in China publicize job cuts is that in many cases, they are technically not laying workers off.

“To officially conduct sizable layoffs, a company shall file with its local labor bureau after consultation with all employees or labor union,” explains Alex Luo, an attorney and partner at Anli Partners, a law firm that works with many of China’s top technology and internet companies. “However, this is rarely done, as it reflects poorly on the company, is a tedious process, and the labor bureau will often challenge it.”

Instead, it is far more common for companies to negotiate with workers individually, hoping to come to amicable terms of separation. “In the best cases, a company will offer an employee a few months’ salary, the specific number usually depending on their total number of years spent working at the company, and the employee agrees to leave of their own volition,” says Luo.

In less pleasant circumstances, a company could threaten to dismiss the employee based on poor performance, potentially damaging their future career prospects, Luo adds. “In this case, the company usually will agree to give the employee a positive reference, on the condition that they accept the severance terms.”

Ride-hailing firm Didi Chuxing is reportedly cutting staff bonuses in half after a scandal-plagued year that saw the company lose money at an accelerating rate.

Fintech platform Qudian is also reportedly letting go of hundreds of workers, as the company struggles. Its NYSE-listed stock price is down more than 80% from its October 2017 IPO price.

Meanwhile, Xiamen-based selfie app Meitu was rumored to have been cutting staff throughout 2018, after a failed overseas expansion and disappointing foray into e-commerce.

Two stars of the once-hot cryptocurrency arena, Bitmain and Huobi, have confirmed layoffs. Bitmain has denied rumors that they will be cutting its workforce in half.

Looking at the difficult conditions facing Chinese tech firms, it is unsurprising that many are evaluating again their staffing needs. While the top headlines have focused on Chinese trade tensions with the US and the overseas legal and political troubles faced by Huawei and ZTE, there are a number of other factors at play.

“It seems to me that there are two big problems facing many Chinese technology companies,” explains Luo, the attorney. “The first is that it is very hard for startups to raise funds. For more mature companies, the slowdown of the Chinese economy is hurting sales.”

Indeed, the funding tap, which was flowing freely in early 2018, has since dried up. As tech valuations have come back down to earth from their highs a year ago, investors are wary of getting burned, as has been the case for several the late-stage investors in Xiaomi and Meituan-Dianping, whose stocks have performed poorly after their high-profile IPOs.

Indeed, many of the hottest destinations for capital in China’s tech world just a few years ago have since proven to be bottomless money pits. Bike-sharing, once labeled as one of China’s “four new great inventions,” has failed to develop a business model to match the ambitions of startups and investors.

The P2P collapse revealed a number of “fintech” startups to be little more than Ponzi schemes. The smartphone market is saturated and slowing in growth, offering companies few options with which to differentiate themselves and their products.

For larger firms that have risen to prominence by capitalizing on China’s growing economy and consumer class, times are getting tough as well. The trade war with the US has weakened Chinese consumer confidence. The wallets of Chinese spenders are also being impacted by the government’s deleveraging campaign, meant to control the country’s unsustainable surge in corporate debt, which has been fueled by loose lending from state banks over the past decade.

As the country attempts to ween its firms off their borrowing addictions, the trickle down of that austerity effect that is likely hitting consumers. For retailers like Alibaba and JD.com, this may cause them to adjust their sales expectations.

To further complicate an already-fraught situation, regulation has also hampered some of the most promising areas of China’s tech sector. A nearly year-long freeze in gaming approvals, along with a regulatory clampdown, has placed strain on a field in which Chinese companies had been excelling.

Restrictions on development and application of blockchain technology have caused many Chinese startups to at least partially relocate overseas. A series of crackdowns in online content has limited growth options for social media platforms, and required many to spend heavily on managing and censoring content.

To be clear, job cuts are rarely a pleasant ordeal in any part of the world. Yet in China tech, there are some unique factors at play. The bulk of the individuals losing their jobs were born in the 1980’s or 1990’s, forming part of the country’s one-child per family generation.

Many of these people are saddled with the burden of being the only caretaker for their aging parents, while also either personally desiring or socially pressured to have a family and children of their own. For this cohort, losing a job is disappointing not only for themselves, but their entire families, too.

China’s tech firms are also known to place high demands on their employees’ time and attention. The “9-9-6” work schedule—9 a.m. to 9 p.m., six days a week—leaves little time for family, relationships, or hobbies. In these instances, being laid off can feel like losing more than just a paycheck.

“To be honest, I feel betrayed [by the company’s CEO],” explained one recently laid-off tech worker in Shenzhen, who asked to remain anonymous citing privacy concerns.

“I did so much for him, for the company. They demanded that every employee love the company, to give them everything we had. They didn’t just want our minds or our skills, they wanted our hearts. That’s what we gave. And yet, when the time came to let us go, what to us was personal, to them, became ‘just business.’”