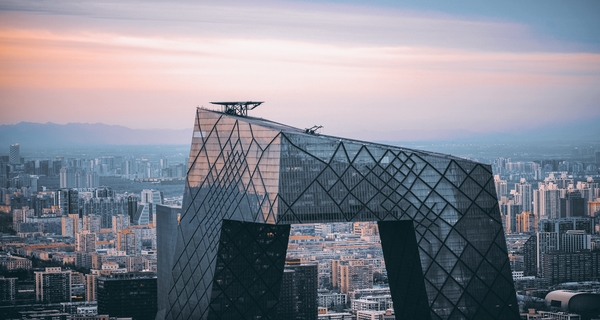 Official economic data for the month of June provided further evidence that China is due to experience a slowdown in the second half of 2018, with GDP growth slowing to 6.7% year-on-year (y/y) in the second quarter – a seven-quarter-low.

The growth figure comes in line with the market estimate provided by a Bloomberg survey of analysts and marks a 0.1% drop from the first quarter. For the first half as a whole, China’s GDP grew 6.8% from the same time in 2017.

The month of June saw a slowdown across the board compared to May, offering a convincing case that China’s economic engine will stutter in the next six months. As Julian Evans-Pritchard of Capital Economics writes: “Despite… broader evidence of weakening activity, there have so far been few signs of downward momentum on much of the headline official data. This is now changing.”

Industrial output, including that from factories, mining, and utilities, rose 6% y/y, down from 6.8% y/y in May. High-technology sectors were particularly weak. For example, the growth in production of new energy cars slowed to 36.6% y/y in June compared with an average of 88.1% y/y for H1, and industrial robots fell to 7.2% y/y from a half-year average of 23.9% y/y.

Investment in real-estate development grew at 9.7% y/y in the first half, down from 10.2% over the first five months. Rising property prices and the prospect of a bubble have been a key concern for Beijing this year, with many of the government’s deleveraging measures aimed at property developers and associated underperforming state-owned enterprises. Given this, it is likely that property investment will continue to slump into the next month.

Retail sales were one of the few metrics to pick up in June, growing 9% y/y from 8.5% in May. Analysts at Nomura believe that this will be a short-lived effect, however, given constraints on household financing from rising mortgage loans and interest rates, as well as “tighter lending standards for some types of consumer loans” and “lower growth of nominal household income” from falling GDP growth.

The response from Beijing to the weaker-than-expected data will likely involve the further easing of monetary policy to encourage spending despite wider desires to reduce borrowing levels.

“The People’s Bank has already been nudging down market interest rates since the beginning of the year but is likely to take the more high-profile step of cutting benchmark lending rates in the coming months,” says Evans-Pritchard.