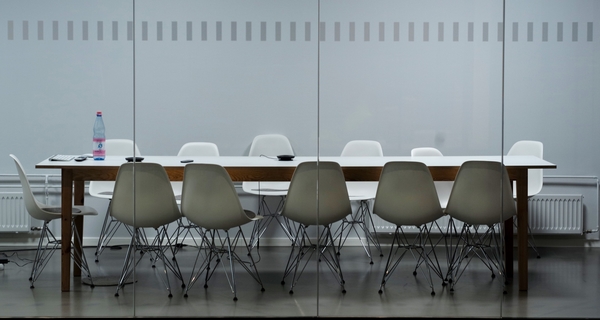 Marc, an experienced executive in his 40s, was excited to join a Chinese multinational corporation (MNC) in Western Europe. He sensed the company was going places and getting on board now would be exciting and good for his already impressive career.

Three years later, he was compelled to leave. He first sensed problems when he was not able to respond to questions raised about his department’s performance at regularly scheduled weekend meetings that were arranged—initially without his knowledge—by Chinese expatriates in the leadership team. While it is illegal to ask employees to work on weekends in several European nations, Marc did not believe he had any reason to be suspicious at first. One day, however, the Managing Director—a Chinese expatriate and veteran of the firm—wanted to introduce Marc to a new Department Head who, surprisingly, has the same title as Marc. Ever the pragmatist, Marc knew his time was up and he negotiated a leaving package before officially resigning.

“You must have been very upset?” I asked during our long interview. “Not really” he responded. “On day one here, I introduced myself to someone I thought was a colleague but it turned out I was taking her job and this was the first she heard about it.”

The cat and mouse game between management and Marc—where both sides tried to get what they want—is, on the one hand, a kiss-and-punch story seen and heard inside MNCs the world over. But it is also troubling. It reveals this particular Chinese MNC’s disregard for local labour laws as well as its leaders’ inability to nurture a collaborative environment with local leaders like Marc who, as one look at his CV will demonstrate, is one of the most experienced executives available.

What do we know about international Chinese firms?

What do we really know about what goes on inside international Chinese enterprises? How familiar are we with their corporate cultures, decision making processes, hierarchies and power structures, and equality and diversity frameworks? And what do we know about the experiences of employees—both Chinese and non-Chinese—inside these firms?

On the one hand, we know a great deal about Chinese firms in China. Insider accounts as well as numerous independent researchers and scholars have painted a picture of Chinese domestic corporate culture as an assemblage of Chinese tradition (such as Confucian hierarchy and loyalty, and “traditional Chinese” cultural activities), imported western management practices (such as productivity responsibilities falling on the individual), and Chinese Communist Party (CCP) authority and Party cells (where a political and ideological agenda merges with the commercial).

Indeed, better insights into the dynamics of international Chinese enterprises will help us understand and respond to incidents such as ZTE’s ongoing fiasco in the US and their violation of export sanctions, which they lied about; automaker Geely’s acquisition of close to 10 percent of Daimler Corporation’s stock through derivatives and options—thereby circumventing disclosure laws—which led to significant German suspicion and distrust; as well as the debate underway in Australia concerning its largest dairy farm—now owned by Chinese investors—and the recent mass board resignation concerning disagreements over management structures, investment decisions, and environmental management.

As international Chinese enterprises compete higher up the value chain in ‘sophisticated’ markets across Australasia, North America and Western Europe, political realities are compelling them to undertake significant reputation and brand building exercises as they try very hard to be ‘liked.’ This is especially the case for firms who are taking their domestic company global rather than pursue acquisition-led growth. The introduction of sleek mission statements and corporate public relations programs should make us more determined to understand what makes international Chinese firms tick rather than take them at face value.

Stepping Inside a Chinese MNC

The first thing we need to understand is who actually works inside these firms. From one perspective, international Chinese firms are not totally ‘Chinese’ in the sense that they comprise—and partner with—an incredibly diverse range of people and stakeholders from all over the world. From this perspective, they are quite embedded in global capitalism and global business norms. To take one example, many international Chinese firms work with a predominantly Western group of consultants and spokespersons to craft corporate missions, visions, marketing materials, and design media placements around the world. Marc’s enthusiasm for joining his past employer is a common sentiment among white-collar workers in the West and many are flocking to work at or with Chinese firms. In some respects, a unique form of Chinese soft power surrounds its MNCs, especially tech firms.

Within this diversity, however, my research found powerful divisions that form around traits including nationality, ethnicity and demographic characteristics like age.

Let me briefly introduce several groups illuminated by these divisions. The first is mature Chinese professionals, who were trained in Western MNCs in China. They believe Chinese MNCs have not yet learnt the ‘rules of the game’—referring to what they take to be global business norms—but need to if they are to be considered truly global and taken seriously. Originally defined by their desire to seek employment in non-Chinese workspaces, glass ceilings at their previous (non-Chinese) employers compelled many mature professionals to seek opportunities inside international Chinese firms, something unimaginable to them only five years ago.

Senior non-Chinese executives, another group I observed inside Chinese MNCs, hold similar views regarding Chinese MNCs’ corporate culture. Consider the following comment by a senior Australian who worked at Huawei:

As Huawei evolves I am more and more adding my perspective gained as an Australian who has spent 23 years living in Greater China. That experience is what Chinese companies need to be truly global.

Many of the other groups I observed—especially senior Chinese nationals—do not take well to these paternalistic viewpoints. Let me discuss young professionals, however, who are Chinese nationals born in the 1980s and 1990s. They reject the view that their employer needs to adjust to global business ‘norms.’ They see China as a global power already and Chinese MNCs as sites of meritocracy and opportunities for social advancement. Found all over the organisation, many young professionals obtain overseas postings early in their career, a move called ‘going to the frontlines.’

As we can see, there are incompatible views held by different groups of people working in and with international Chinese firms.

But let us return to Marc. Why did he get treated the way he did? From one point of view, Marc failed to acknowledge and adjust to the very different corporate culture he found himself in. But I would argue something else is going on. Specifically, Marc’s employer had ambitious commercial targets that would make, as it was put to me, “any European company extremely uncomfortable.” These targets, which are actually set by headquarters, amplify corporate behaviors found in China—e.g. secretive decision-making by management and a disregard for employees outside the inner circle of power—rather than encourage Chinese expatriates to take locals like Marc seriously.

While there are numerous nuances my research is uncovering, Marc’s story reveals that the starting point for understanding international Chinese enterprises’ corporate culture is that they share striking similarities with their domestic counterparts.

Dr. Sacha Cody is an Anthropologist and China Studies scholar. He is currently teaching at the Australian National University and researching international Chinese firms’ corporate cultures in Australia. Follow him on Twitter @sachacody77