Home Columns & Interviews Kicking the can 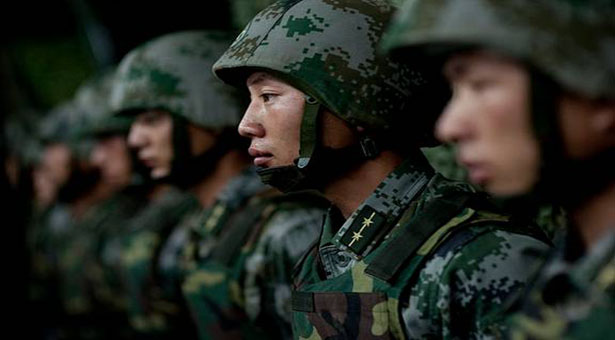 Another year, another standoff on China’s maritime borders. In April, the Philippines and China found themselves locked in conflict after a Philippine warship attempted to detain Chinese fishing vessels in the disputed South China Sea.

The incident was settled diplomatically, but it came at a sensitive moment for the region. The series of agreements signed as part of the US “pivot” towards Asia last year were just coming into effect. The US sent troops to Australia and conducted military exercises with the Philippines in April – both moves by China’s maritime neighbors to balance China’s military muscle by strengthening ties with the US.

Worries about potential Chinese maritime aggression are justified, at least in part. Bit-players like the coast guard and fishing vessels hold disproportionate power to de-stabilize events in maritime territory disputes. Small problems therefore have a tendency to escalate before Beijing can intervene. That was clear in late 2010, when an unexpectedly tense standoff with Japan over the Senkaku/Diaoyu Islands rattled the region.

Yet China’s maritime disputes demonstrate that the country can also be pragmatic in its relations.

China has recently tried to make amends after scaring its Asian neighbors with saber-rattling in 2009 and 2010, argues M Taylor Fravel, an associate professor of political science at MIT. China reached an agreement with the Association of Southeast Asian Nations on a “code of conduct” for the South China Sea last July, and in October it signed a separate agreement with Vietnam on “basic principles” for settling territorial claims.

In late February, China’s foreign ministry said that “no country, including China, has claimed sovereignty over the entire South China Sea,” perhaps indicating a softening stance. The country has also backed off its enforcement in disputed seas. Between 2005 and 2010, China detained 63 Vietnamese fishing vessels; since 2010 detentions have been significantly fewer and farther between.

None of these steps are by themselves a game-changer, but together they suggest that, as Fravel puts it, “[b]y last summer, China had simply recognized that it had overreached.” These actions fit into the pattern mapped out by Fravel’s other scholarly work: Since 1949 China has offered concessions amounting to 1.3 million square miles of land to peacefully resolve 17 of its 23 territorial disputes.

The key is that pragmatism came about when Chinese policymakers were out of the public gaze, and at no risk of being labeled traitors for compromising. As Susan Shirk, a professor of international relations at University of California-San Diego, has argued, Communist Party members are keenly aware of the threat a nationalist backlash could pose to their rule.

Of course, other Asian countries sometimes face similar pressure, but in practice they seem to have greater flexibility. One lesson for China’s maritime neighbors is therefore to adopt a more conciliatory stance on the event du jour, then press for concessions once the furor has died down.

This does not absolve China of its responsibility to avoid conflict, or suggest that a vocal stance against China never works. But if kicking the proverbial can down the road – compromising when in the limelight in favor of making real progress later – can both prevent conflict today and resolve the problem tomorrow, it is worth a try.