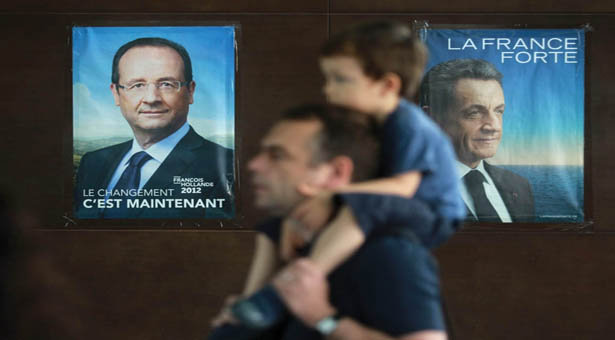 The takeover of France’s parliament in June by President Francois Holland’s Socialist Party marked a shift in thinking about the euro zone crisis. Europeans are increasingly turning against the austerity measures championed by Germany in favor of initiatives to bolster public finances, boost growth and lower unemployment.

No one knows yet what the lessons of this ongoing crisis will be; whether austerity, stimulus or some other measures will help to resolve the crisis. Yet one of the early takeaways appears to be a new understanding of the danger of trade imbalances. As the crisis unfolds, it has become clear that it is not just Europe’s largest debtors that are in jeopardy, but also its largest creditor.

China should be watching the effects of the euro crisis on the German economy carefully. China’s current account surplus shrunk from its height of 10.1% of GDP in 2007 to 2.9% in 2011, yet the country still maintains one of the world’s largest surpluses. The lessons of the euro zone suggest that the long-term health of the Chinese economy may depend on alleviating this imbalance.

It’s clear that trade imbalances are at the root of the euro crisis. In the past, however, many observers pictured these imbalances as a product of the lazy, indulgent culture of the “Club Med” countries, which took advantage of the hard-working and high-saving Germans to support their extravagant lifestyles. Greeks, Spaniards and other Mediterraneans have retired early and vacationed often, all while enjoying generous government benefits.

That may be true, but the euro zone’s current troubles have less to do with a pension for siestas than variations in economic competitiveness that were exacerbated by the single-currency zone. Between 2003 and 2005, Germany carried out a series of reforms to reduce taxes, unemployment benefits and pensions, boosting the manufacturing sector and increasing exports as a result. But because it shared a currency with countries with smaller trade surpluses and even deficits, Germany continued on with a euro that was far too cheap relative to its economy.

The euro artificially boosted German exports, and therefore its trade surplus. Meanwhile, peripheral countries in which the euro was “too strong” saw their economies weaken, unemployment rise and deficits balloon.

More Europeans are beginning to understand that their predicament is the result of these economic imbalances within a single currency, and not moral weakness on the part of the debtor countries. Trade surpluses are simply a function of the differences in the cost of production (wages, raw materials, etc), currency and other factors. For international trade to occur, some countries must be creditors and others must be debtors, and the global total of trade surpluses must equal the total deficits.

Yet the euro zone crisis shows the danger in allowing these imbalances to get out of hand. As the cost of servicing its debt rises, the deficit country’s economy may crumble, leaving the surplus country with unpaid debts and lower trade. Many analysts now say that Germany must undergo the pain of higher inflation to claw back the unfair gains it reaped from an undervalued currency.

As for Germany, China’s trade surplus is not evidence of moral superiority or even a particular thriftiness on the part of its leaders, but rather the logical outcome of its trade policy and capital controls.

China’s central bank has set tight capital controls, both to prevent destabilizing capital inflows and outflows and support export manufacturers by keeping the renminbi at a constant and relatively low value. To do this, the People’s Bank of China prints money and buys all of the foreign currency that its exporters bring back into the country. It then recycles this foreign currency back out through its massive foreign exchange reserves.

Since the beginning of the financial crisis, many in the US have been anxious about being beholden to China, which as of April held US$1.15 trillion of US debt. But China could not discontinue its purchases of US dollars and euros without changing either its capital controls or the size of its export industry.

In reality, China’s massive purchases of US dollar reserves should be more of a concern for China than the US. As the euro zone crisis shows, the surplus country’s economy is often at the mercy of its debtors. If a surplus country produces too much and consumes too little, eventually debtors lose the ability to buy its imports, service their debts and expand their economies to repay what they owe.

Many of China’s economic regulators, including PBoC governor Zhou Xiaochuan, understand what is at stake and are pushing to narrow trade imbalances by adjusting the country’s growth model away from exports and investment and towards consumption. “One important goal of reforming Chinese exchange rates is to promote the balance of international payments. When we set the RMB exchange rate at a reasonable and balanced level, then capital will flow not just in one direction, but flow in and out [of China],” Zhou said during an interview in January.

But Zhou and other proponents face opposition from those who fear that such a shift would cause unemployment and social unrest to spike. With China’s economy showing signs of slowing, the central bank allowed the Chinese currency to gradually weaken in May, reversing the decline of the trade surplus in previous months. It remains to be seen which faction will win out in coming months.

The euro zone crisis suggests that many of the world’s trade imbalances may not be sustainable, and that rebalancing must happen in some form. Germany’s example demonstrates that it would be far better for China to increase consumption on its own terms than adjust its trade imbalance while looking down the barrel of a gun.