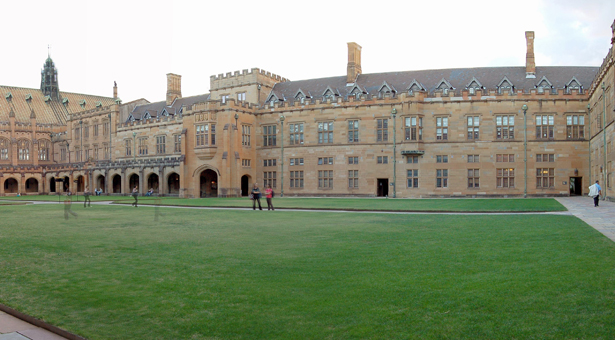 While Australian universities during the past decade were busy pulling Chinese students down under – bringing with them vast export dollars – a paradigm shift in the global education market was underway.

Originating largely in the US, some schools began focusing less on cashing in on international student fees and more on the value of academic research that could be produced in an international network. The model closely resembles the manner in which corporations have spread across the globe, utilizing cheaper, plentiful labor in low-cost countries and advanced technologies and skilled workers in more developed ones.

Multinational Universities (MNUs), as they have come to be known, are now a force in international research and education in China, dominated by some top US schools.

“The MNU is shaping up as a major revolution of the export education model,” said Sean Gallagher, chief operating officer and research associate at the University of Sydney’s US Studies Centre. “At the core of its business model, the MNU is about creating value, not on generating revenues.”

Yale University has joint research centers at Fudan University in Shanghai and Peking University in Beijing. The university channels research on biotechnology and nanotechnology between these centers and its home campus in New Haven, allocating resources based on each center’s advantage, Gallagher said. The cost of building research facilities might be cheaper in Beijing, for example, while high-tech equipment could be more accessible at Yale’s home campus.

Australian schools are behind the curve in experimenting with the model, but there are signs they are catching on. Melbourne-based Monash University has become a trendsetter among Australian schools with its recently announced partnership at the Southeast University in Suzhou.

Monash’s graduate research partnership was established in the Suzhou Industrial Park to put students as close as possible to international research and development, said Tam Sridhar, academic vice president for the university’s India and China initiatives. More than 100 Fortune-500 companies have research centers in the park.

The partnership, which China approved in April, will be the first Australian institution of its kind for instruction and research in China. “There is no doubt that a number of Australian and other institutional universities are watching this development by [Southeast University] and Monash with much interest,” Sridhar said.

The most valuable aspect of MNUs could be their ability to help project a university’s global brand abroad, Gallagher said. As schools employ this model, they accumulate soft power and a global alumni base, factors which strengthen the university at home.