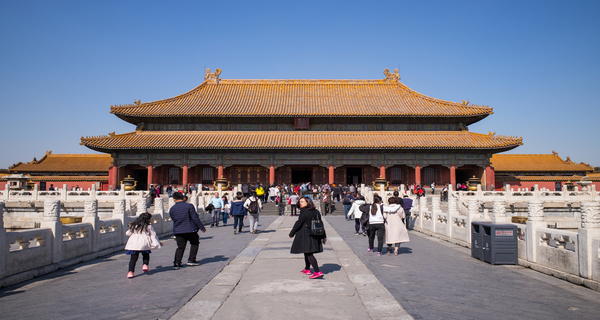 On Friday policymakers convened in Beijing to lay out their economic blueprint for the coming year. China’s current convergence of headwinds has left Beijing with a thin tightrope to walk on: how can the government reinvigorate growth without letting persistent economic risks flare up?

The annual Central Economic Work Conference, held in Beijing’s Jingxi Hotel, didn’t offer up too many surprises, but seemed to loyally follow the tone expressed by officials in recent months. That is, more help is on the way for businesses and local governments, but don’t expect stimulus measures on the scale of previous economic downturns.

An official press release following the conference made mention of further tax cuts, but failed to provide details on what the new rates will be and who will be affected. Talk of new rounds of tax cuts to stimulate demand has been circulating for several months.

There will also be wider credit availability, particularly to local governments, the meeting promised. Authorities have already started to ramp up local governments’ quotas for special purpose bond issuances – part of a broader shift to a more proactive fiscal policy stance that was necessitated by steep slowdowns in spending and activity in early summer.

However, the recent push for borrowing has not had a convincing impact. Despite a brief surge in October when the new policy was announced, fixed asset investment growth slowed again last month to 7.8% on a yearly basis, compared with October’s 8.1%.

Leaders acknowledged these deeper structural issues underpinning China’s economic headaches. The press release stated that the country’s main challenges are supply-side, though once again details were scant on what policymakers had in mind.

The statement gave a broad list of areas where it wants demand to pick up, including infrastructure on industrial networks, transportation and logistics, and upgrades to manufacturing equipment. To afford this, the government will allow the deficit to expand slightly, and use funds raised from the special purpose bond issuances and other quasi fiscal borrowing.

Encouraging credit growth has been an awkward reality for the government, which spent many months prior to the slowdown in pursuit of sharp deleveraging both among local governments and big business. The conference, as in previous high-profile sessions, emphasised lowering risk in the financial sector, reflecting Beijing’s desire to not undo, or at least appear to undo, its previous work.

Reforms to financial markets and State-Owned Enterprise were also listed among key policy objectives, but there is little evidence to suggest that any major overhauls are on the horizon for China’s bloated and well-subsidised state sector. Officials offered the publicly-owned Central Railway Company as an example of a project where the government is inviting more private funding.

“When trade-offs between reforms and growth arise, we expect that the priority will more often be given to supporting growth,” said Fang Gene, Associate Managing Director at Sovereign Risk Group of Moody’s Investors Service.

The headline growth target for 2019, although not defined at the meeting, will be within a reasonable range, according to the press release. The consensus is that growth will moderate from this year’s 6.5% year-on-year target, particularly in coming quarters, as credit growth continues to weaken and the trade war rumbles on. Last week the World Bank lowered its 2019 forecast for China to 6.2% y/y. We can usually expect the target to be announced during the Two Sessions in March.

An acceptance of milder growth may suggest that Beijing is reluctant to prop up growth through large stimulus packages in the manner seen in the aftermath of 2008, which created a painful debt overhang, with effects still being felt today.

The release also made reference to a “complicated and grim external environment” brought on by a deepening trade war with the US that threatens to shave percentage points from China’s growth figure.

“The world is facing a major change, the likes of which has not been seen in a century, and which includes both risks and opportunities [for China],” the statement read.

There was notably no mention of the administration’s ambitious ‘Made in China 2025’ industry investment plan. Industrial policy was nevertheless given priority among seven “key tasks” for 2019.  In recent weeks reports surfaced that the government was considering pushing back some aspects of the program, partly due to pressure from Washington. Many are sceptical, however, of how much China is willing to concede in this space, especially after a year in which China’s lingering technological dependencies have been highlighted by cases such as ZTE.