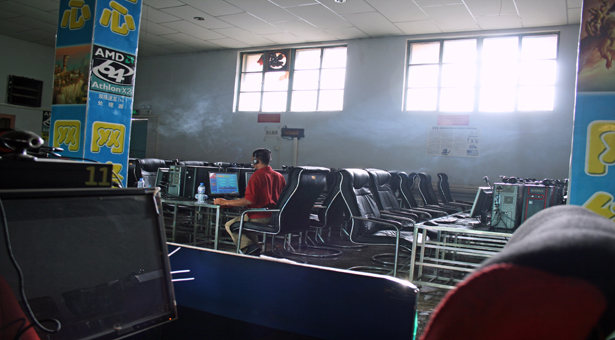 The legend of Tencent

The growth of China’s online game market has slowed dramatically in the last five years. Many of the highest-spending players have aged and laid down their virtual swords; younger gamers have passed over the massively multiplayer role-playing games (MMORPGs) of their elders (think “World of Warcraft”) in favor of less-profitable mobile and social games (“Angry Birds” or “Farmville”).

These trends dragged on the performance of games-related internet businesses, such as Tencent, Renren and Sohu. But that has changed in the last few quarters. As the advertising market softens with the overall economy, games have become an important hedge.

This is especially true for Tencent. Only a year ago, rival Sina was surging ahead on the popularity of the Weibo platform. But a downturn in ads, new mobile initiatives and strong game partnerships have all helped propel Tencent to a stronger position.

Tencent’s games business stretches from mobile applications and social games to online shooters and MMORPGs. This breadth allows it to obtain attractive partnerships, including the China license for Activision Blizzard’s blockbuster game “Call of Duty” that Wedbush Securities analyst Michael Pachter expects to generate around US$500 million during its first year.

Even so, Tencent’s earnings could come under pressure in coming years. Its games business is defensive now, but as the market recovers the biggest opportunity will be the hyper-competitive e-commerce market. Making the necessary investments will weigh on margins; thankfully, Tencent has more cash on hand than most competitors.

Tencent’s mobile business is also on the rise. Its WeChat program is gaining popularity abroad, a rare distinction for a Chinese technology. Essentially, it seems to be making Tencent cool again.

This has been a major drawback: The sense that Tencent’s brand is weaker than that of Sina, which has made stunning gains in the microblog market. Originally a news portal, Sina is still miles ahead in the quality of its news and blogs. But what Tencent lacks in quality, it makes up in quantity: Its internet service boasts more than 700 million users, and its Qzone social network hosts enough photos to encircle the earth and the moon 30 times. This broad platform has proved to be just the right weapon to battle a softening economy.