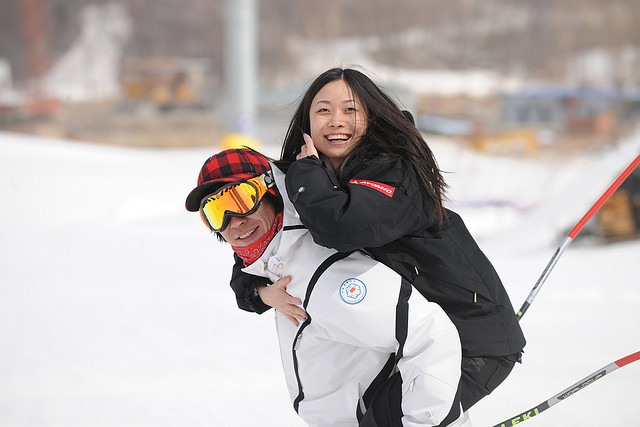 Snowplowing into China’s booming leisure market, Club Med (CU.Euronext) opened an 18-slope ski resort in Heilongjiang province in December. The new 280-room village – which hopes to attract upscale clients from across China and even Southeast Asia – is located in Yabuli, where winter temperatures often fall below minus 30 degrees Celsius.

The French leisure group isn’t the only one hoping to capitalize on the fact that China’s rich are warming up to winter sports. The ski industry is expected to experience a huge boom as the country’s rich look for new ways to spend their wealth.

So far, more than 200 ski resorts, most of them quite small, have opened everywhere from Xinjiang and the Tibetan plateau, to the southwestern province of Yunnan and Inner Mongolia in the north. The China Ski Association (CSA) estimated that, in 2005, the country had 5 million skiers – up from just 200,000 in 2000. That number could bloom even further, as the association expects China to have 20 million regular skiers by 2014.

This optimism has driven several developers to build winter resorts across the country. China’s Wanda Group will soon open a resort in the mountains bordering North Korea, while Malaysia’s Genting Group is developing what will be the largest ski village in Asia in the northern province of Hebei. The project, called Secret Garden, is expected to accommodate 18,000 tourists a day, and is due to open in 2012.

Despite such optimism, ski villages face an uphill climb. The sport, after all, is still young in China and attracting tourists has its challenges – leading some to believe that the winter sports industry may be hit with an icy reception.

To combat these obstacles, Club Med is tweaking its approach and trying to tailor the Yabuli resort for the Chinese market. Luna Gu, communication executive of Club Med China, said the winter village offers many indoor activities – as opposed to being a pure snow sports venue – including mahjong, karaoke and spa facilities, in addition to special excursions.

“Chinese people have their own way to enjoy a holiday and we offer a lot to make it an Asian-styled atmosphere,” Gu said.

The Shangri-La (0069.HK) Hotel Changchun in Jilin province has also taken advantage of the increasing popularity of ice and snow sports. The city’s annual Vasaloppet Skiing Festival – introduced at the Changchun Ice and Snow Tourism Festival in 2005 – has grown in popularity and helped boost winter tourism in the region.

The ski festival is part of a multinational, multistage ski tour that begins in Europe and travels to several countries before arriving at Changchun. Juliet Feng, director of communications at the Shangri-La Hotel Changchun, said the hotel has benefited from the festival and that it offers convenient vacation packages for Vasaloppet.

“Everybody can enroll and the event’s registration fee is very reasonable,” Feng said. “Every year it’s growing. The first time we had a few hundred local participants, but now we have more than 2,000.”

At the same time, the burgeoning winter tourism industry may get a boost from another skiing option that’s rising in popularity: indoor snow sports facilities. Based on the current pace of construction, China will have more winter domes than any other country in the world within the next five years.

Such year-round winter venues – which offer a variety of skiing, ice skating and water park facilities – may help encourage the growth of these activities and offer an alternative to people who aren’t willing or able to venture out to a distant ski mountain resort.

While there are encouraging developments in the winter tourism industry so far, some warn that expectations of explosive growth are unrealistic. One of the major challenges, for example, is that large ski villages often rely on resort real estate sales for their cash flows and development. However, the trend of buying a recreational home among snow-capped mountains has yet to take off in China.

“It’s still young; it’s still a very immature industry,” said Justin Downes, president of Axis Leisure, a Beijing-based resort and hospitality consultancy. “The only town that seems to be developing in that way is Chongli county in Hebei, where you see secondary purchases of apartments, townhouses and condos.”

Furthermore, China has a lot of catching up to do in terms of regulations and quality control. While the CSA is working fervently to improve nationwide safety regulations and staff accreditation programs, the quality, equipment and safety measures of many ski resorts in China lag far behind the rest of the world. This can lead to a negative experience for many first-time skiers.

Still, the dearth of a winter sports culture may also be one of the country’s biggest assets.

Downes points out that China is in a unique position to build entire resorts from the ground-up with cutting-edge technologies that are only partly incorporated in the rest of the world. This includes new planning and architecture principles for ski slopes, as well as water recycling systems.

“These are all things that, from a financial standpoint, Western countries cut back on,” he said. “It is basically a green industry in China. They have the ability to learn from the world’s mistakes and redefine the global ski industry.”