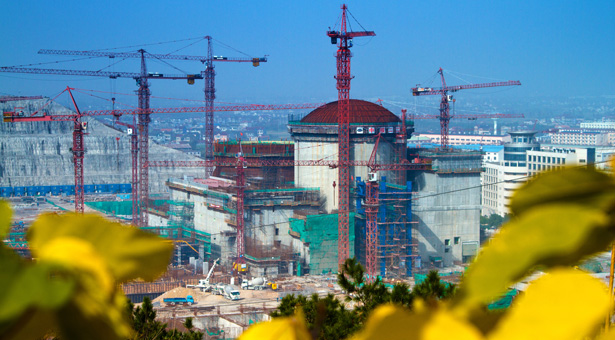 Little progress was made during the two weeks of tedious negotiations of the UN global climate talks at Doha that ended on December 8. Industrialized nations have not kept their financial promises made in Copenhagen in 2009, and the developing country bloc is generally unwilling to single out major emerging economies to step up their efforts to mitigate emissions. The deep-rooted mistrust accumulated between the world’s poor and rich countries has led to skepticism about whether the UN climate negotiations will ever be able to deliver a robust outcome in a timely fashion.

Compared with other developing countries, Beijing is less enthusiastic about the green climate fund, a mechanism to transfer money from the developed to the developing world to assist with climate change mitigation, as China does not expect to benefit from such a financial mechanism. And last year in Durban, all countries, no matter their stage of development, decided to work toward a legally binding international climate treaty by 2015 that takes effect in 2020. Given China’s spiking greenhouse gas emissions trajectory, the Durban Platform is expected to become a serious policy challenge for Beijing.

Despite the gloomy prospects of international climate negotiations, China should step up its own climate ambitions. Such a move would not only demonstrate Beijing’s willingness to become a responsible power, but more importantly tremendously benefit the Middle Kingdom by simultaneously tackling China’s increasingly serious concerns over air quality, energy security and resource constraints. Above all, with its vast land area, extensive neighboring seas and diverse weather conditions, China is perhaps the most vulnerable of all major nations to the consequences of climate change.

The way of the dinosaurs

Coal is the backbone of China’s energy sector, and it lies at the heart of any solution to fend off climate change. It accounts for 70% of the country’s primary energy consumption and about 80% of China’s power generation. According to the International Energy Agency, coal-fired carbon emissions in China were 17% higher than total carbon dioxide emissions in the US in 2010.

Beijing has faced mounting pressure to cap national coal production and consumption due to increasing environmental and social costs of its unprecedented exploitation and use. As a result, Beijing aims to cap coal production and consumption at around 3.9 billion tons by 2015. The problem is that this type of command and control policy does not bode well for an increasingly market-oriented Chinese economy, especially considering that China’s national coal consumption increased by 161 million tons annually during the 11th Five Year Plan period between 2006 and 2010, and was already 3.68 billion tons in 2011.

To substitute coal at scale, rapid expansion of nuclear capacity is one of the most viable options. Before the Fukushima Daiichi nuclear crisis in March 2011, some in the Chinese nuclear industry enthusiastically proposed to increase the country’s installed operational nuclear capacity from 10.8 gigawatts in 2010 to more than 100 gigawatts by 2020. However, in the latest plans for nuclear development, Beijing significantly tightened safety standards and postponed approval of inland reactors until 2015. In order to accelerate the peaking of national coal consumption, China needs to shift its focus to encouraging the development of alternative fuels with lower carbon emissions.

Expansion of natural gas use is often seen as an ideal solution to China’s currently unsustainable energy mix. Gas could improve the country’s environment because of its lower air pollution and carbon emissions. Successful exploitation of domestic gas supplies could also make the country less dependent on energy imports, a longstanding goal of Beijing. However, China has only 1.5% of global proven gas reserves and already accounts for more than 3% of natural gas production in the world.

Fortunately, according to the US Energy Information Administration, China has more technologically recoverable shale gas than any other country in the world, enough to fuel the entire Chinese power sector – the largest in the world – for 30 years. In this context, Beijing is interested in duplicating the US success with shale.

But there are many barriers preventing China from using the shale supply to its full potential. The primary barrier is the location of China’s shale gas deposits – mainly in mountainous areas and remote deserts, as well as being buried deep underground. Hydraulic fracturing, a water-intensive process, is required to extract these deposits, and so the serious water shortages facing many of these areas make it difficult to scale up output.

Even so, the shale gas revolution will certainly cross the Pacific Ocean on some level. However, before that happens Beijing will need a major revamp of basic policies such as  the protection of property rights in order to attract the right type of developers, which include experienced international companies and innovative private     enterprises.

Renewable development in China has been impressive during the past decade.  China currently leads the world in terms of solar panel manufacturing and annual increases in wind capacity. Nevertheless, before the 12th Five Year Plan is up in 2015, China should deal with negative aspects of renewable development to ensure the sustainability of the sector.

First of all, Beijing must better regulate electricity transmission in order to encourage grid connection for renewable power. Secondly, overcapacity, especially in regards to manufacturing, has severely damaged the long-term sustainability of the Chinese renewable industry. Beijing should learn from the frenzy of government subsidies in the past and ongoing anti-dumping disputes with its major trading partners and make governmental support of low carbon development more compatible with international norms.

Of course, focusing policy endeavors on the upstream energy sector alone are not enough. Energy conservation, demand-side management, technological innovation and market-based tools like carbon pricing all will be important components of a comprehensive national energy and climate strategy.

Whatever emissions reductions China is able to achieve alone will be insufficient for a global climate solution. So it is important for China to collaborate on low carbon initiatives with the rest of the world, especially the group of CURE economies – China, the US, Russia and the EU. The aggregate economic output, energy consumption and carbon emissions of this group are expected to continuously represent more than half of global total in the decades to come.

All four will benefit from collaboration on climate solutions. China can advance its cooperation with the US and Europe and at the same time increase its own energy security with closer ties with Russia. The US will face less pressure from the developing world to pay the full cost of adaptation and mitigation. Russia will improve its miserable energy efficiency record. And Europe will have greater success in transferring to these countries its experience with climate legislation and carbon trading, while exploring specific opportunities with Russia and the US to internally develop and import more natural gas as a substitute for coal.

With the world urgently running out of time to contain the global temperature rise below 2 degrees Celsius, UN climate tal
ks have unfortunately lost momentum. Nevertheless, China should still step up domestic mitigation ambitions, not least because they serve the country’s own interests. Ideally, Beijing will take the lead in facilitating CURE collaboration on global climate solutions.

Kevin Jianjun Tu is a senior associate at the Carnegie Endowment for International Peace, where he directs Carnegie’s work on China’s energy and climate policies