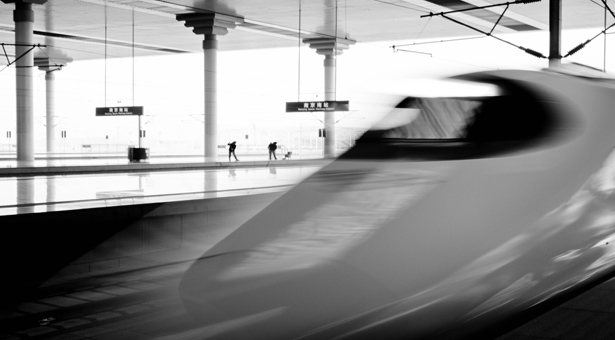 A long and winding road

China’s glistening high-speed railways lost some of their sheen last July, when two bullet trains collided near Wenzhou, killing 40 people and injuring at least 210. Beijing scrambled to muffle media coverage in the weeks that followed, adding to a public outcry. Speaking from the site of the wreckage, Wen Jiabao promised that the government would carry out “a sincere and responsible account” of the incident.

In December, the State Council issued an official report that blamed the accident on a faulty signaling system and a lack of quality checks by the Ministry of Railways. The report, which many dismissed as merely “scratching the surface” of the railway ministry’s problems, did little to restore public confidence.

Beijing has since quickened the pace of reform, ousting corrupt railways officials and opening the industry to private investment. But it remains to be seen whether public faith can be restored.

Even before the fatal wreck, there were signs that China’s rail industry was resting on a precarious growth model.

Several of the ministry’s top officials had been arrested for embezzling funds, hinting at deep corruption problems. Liu Zhijun, the former railways minister, was sacked early last year and eventually expelled from the Communist Party for taking US$152 million in bribes. Several other senior officials were removed for similar violations following his downfall.

The ministry has also struggled with expansive debts – US$377 million by the end of first quarter, according to the National Audit Office. Industry expert Wang Mengshu estimated that by the end of 2011, around 90% of ongoing railway projects had halted construction due to financing issues, totaling more than 10,000 miles of track.

Yet Beijing seems determined to continue full-steam ahead, expanding the rail network to 120,000 kilometers by 2020, including 16,000 kilometers of high-speed rail. The government sees its high-speed network as a symbol of China’s capacity for indigenous innovation and as a potential export industry – though the Wenzhou train crash has quashed some buyers’ interest.

The industry is taking steps towards reform. In May, the Ministry of Railways announced that private investors would be allowed to participate in equipment design, project construction and consulting, and would be encouraged to form joint ventures with state companies to enter foreign markets.

So far, however, investors remain skeptical. Like similar highway investment programs, government over-investment and the resulting over-capacity have dampened the prospect for high returns, as has government-fixed ticket pricing. Critics also complain that private investors are only being allowed into the low-end areas of the value chain, and that rules on how to obtain approval remain unclear.

If the industry wants to generate more than lukewarm investor interest, some observers say, it will have to make further reforms. In a report in March, the World Bank pointed out that rail industries in developed countries make clear distinctions between the organizations that make policy, deliver services and regulate the market. In China, these activities are all undertaken by the rail ministry – a situation that seems unlikely to change anytime soon.

China’s goal of building a world-class rail industry suffered a severe setback from the government’s handling of the Wenzhou train wreck. Whether the industry can regain its reputation and develop export competitiveness may hinge on Beijing creating a more open, fairer market environment. This time, however, the industry has little public trust left to squander.