Home Business Into the lowlands 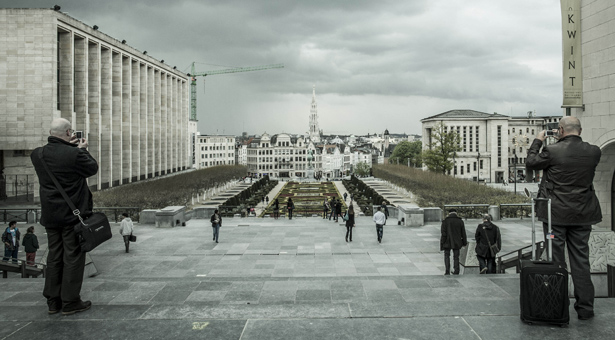 Few people on the mainland will realize it, but Europe’s largest cluster of Chinese banks is forming in the tiny country of Luxembourg. China Construction Bank (CCB) announced in September that it would open a branch and a subsidiary in the country. Insiders have said the subsidiary will likely become CCB’s European headquarters, following on the heels of other Chinese banks such as Industrial & Commercial Bank of China (ICBC) and Bank of China (BoC).

The country of 500,000 isn’t the only northwestern European state to appeal to Chinese companies as a destination for their headquarters. And China’s megabanks aren’t the only ones eyeing what have historically been called Europe’s “Low Countries.”

During the past two years, Belgium, the Netherlands and Luxembourg – known collectively as Benelux – have experienced a rapid increase in Chinese investment.

Now the countries are looking to reel in a new phase of service-oriented investment from China, their hooks baited with a platform of logistics and financial expertise. The relatively small size of the Benelux market will make for a difficult catch, however.

Many Chinese companies still view the EU as dozens of separate markets. Changing this perception will be crucial to the success of Benelux’s pitch.

“What we are trying to promote – as I know the Dutch and Belgians are doing – is serving the rest of the market as a European headquarters,” said Nicolas Mackel, consul general for Luxembourg in Shanghai.

China’s interest in the region isn’t a recent development. What’s new is the kind of investment moving into Europe’s Low Countries, and the volume in which it is arriving.

Chinese companies, starting with state-owned firms, have invested in Benelux since China opened its doors to the world in the late 1970s. BoC established a branch in Luxembourg in 1979. COSCO, one of largest shipping companies in the world, docked in the Netherlands in the 1980s.

Early last decade, China’s turbocharged growth sent commodity prices skyrocketing worldwide. In an attempt to better control the prices of raw materials such as iron and oil, Beijing pushed state-owned firms into a global hunt for natural resources, a so-called “going out” strategy. China’s annual outbound foreign direct investment (FDI) leapt from US$2 billion in 2004 to about US$50 billion in 2008, a compound annual growth rate of 130%, according to research and advisory firm Rhodium Group.

Foreign acquisitions didn’t stop with resources. An increasing number of private Chinese enterprises joined an international buying spree of technology and name brands. Equity was another target on the government’s list of interests abroad.

During the past two years, China’s “going out” process has matured. The new wave of companies moving onto the global market is searching for not coal or technology, but consumers. Unlike previous outbound efforts, the trend is driven by private enterprise, not government policy.

Chinese FDI to Europe swelled to US$10 billion per year in 2011, or about 25% of China’s global outflow, according to the Rhodium report. But the inflows have entered Europe unevenly.

Eastern Europe has attracted the largest share of manufacturing investment, with Chinese factories producing machinery and cars in countries such as Poland and Slovakia. Technology buyouts have targeted Germany, as have companies looking to quickly tap Europe’s biggest consumer market. Compared to Germany or France, far fewer Chinese companies have targeted Benelux as a manufacturing hub or major consumer market.

Official FDI data on Benelux as a bloc is almost non-existent, but data pieced together from the three countries indicated the vast majority of inflow from China – about 97% – was headed toward Luxembourg’s financial sector. Luxembourg is the world’s second-biggest manager of investment funds after the US, as well as the EU’s largest wealth management center.

The country of little more than 2,500 square kilometers absorbed US$3.2 billion in Chinese FDI in 2010, or just over 50% of the EU’s total FDI intake from China, according to the most recent data available from China’s Ministry of Commerce (MOFCOM).

The trend is set to continue. Although ICBC and BoC have had a presence in Luxembourg for decades, only in past three years did both banks establish EU headquarters in the country. CCB will be the next mammoth financial institution to follow suit.

Chinese companies and banks looking to grow in Europe are also attracted to the 64 double-taxation agreements Luxembourg has signed with other jurisdictions, Mackel at the Luxembourg consulate said. “We see Luxembourg more and more being used by Chinese investors for investments in other European countries, or much further on in Canada or Russia. A lot of big Chinese gas and oil deals are being structured through Luxembourg,” he said.

It’s not just Chinese cash that is flowing through Benelux, it’s also Chinese wares. More than 65% of shipping containers passing through major European ports will enter or exit the Netherlands or Belgium.

The port of Rotterdam in the Netherlands, Europe’s largest, accounts for by far the largest share. About 40% of all shipments headed to Germany, the EU’s biggest economy, pass through Rotterdam, according to Guy Wittich, executive director for China at the Netherlands Foreign Investment Agency. “You could see Holland as one big logistics hub, particularly for Germany,” he said.

In 2010, Chinese FDI in the Netherlands totaled US$65 million, a 188% year-on-year increase, according to MOFCOM. And in the past year and a half, Wittich said investment has jumped exponentially.

Investments in Western Europe have often also triggered investment in Benelux – often in the Netherlands, which now hosts 332 companies. “It’s a logical step to set up your business where your goods are entering the European Union. That’s why we are capturing so many of these European distribution centers,” Wittich said.

Construction machinery makers LiuGong and Zoomlion exemplify how Chinese companies have used Europe’s production and logistics resources while also targeting the domestic consumer market. LiuGang’s primary market, as well as its innovation center, is in Germany, and the company purchased manufacturing plants in Eastern Europe earlier this year. However, LiuGong chose the Dutch city of Almere for its European headquarters. Zoomlion has followed a similar pattern, setting up its headquarters in Belgium.

Although they remain overshadowed by Luxembourg’s ultra-low tax regime, Belgium and the Netherlands are home to some of the EU’s most competitive tax preferences.

Companies based in the Netherlands are allowed to remit profits from global operations into the country tax free, compared to standard withholding taxes of 15% elsewhere in Europe. The policy has attracted companies such as Huawei, which has relocated its financial operations to the Netherlands.

“If you’re a large company like Huawei, you can save literally millions of euros on this kind of tax,” Wittich said of the withholding tax policy.

Recognition is Belgium’s primary challenge. The country is far less known in China and has yet to differentiate itself from the Netherlands’ reputation as a logistics hub or Luxembourg’s position as a financial center.

As a result, price competition is one of Belgium’s main pitches to Chinese companies. Both establishing and operating a company in Belgium are much cheaper than in the othe
r Benelux countries, said Janet Chow, an investment deputy for greater China at the Consulate General of Belgium in Shanghai. “The Netherlands is a hot country right now. Chinese companies are much more familiar with this country. But this means there is more competition within the Netherlands, and prices are higher,” Chow said.

As one of Europe’s primary hubs for car export and import, Belgium also offers an advantage in automobile logistics. Chinese car makers including Geely have established bases in the port of Zeebrugge, which sees more vehicles pass through than any other port in the EU.

Connectivity within Benelux is on the upswing. On the logistical forefront, the three countries are in talks on cooperation that could further enhance the region’s appeal as a springboard into Europe (see box).

Still, not all Chinese companies are sold on the concept of jumping into markets such as Germany and France from a Benelux base. Efforts by the three countries’ consulates, as well as by the Benelux Chamber of Commerce, are increasingly focused on convincing outbound investors to consider Benelux a launching pad into the region as a whole.

“It’s a process, a very energy-consuming process,” Mackel at the Luxembourg consulate said. “It’s been hard to get the point across that you shouldn’t look at the EU as 28 different markets but as one market, and that you can save overhead by pooling [operations] in one place.”

Investment in Germany has been a no-brainer for a first wave of Chinese businesses seeking an international consumer base. Establishing a company in Benelux is not as self-intuitive. The region’s share of the investment will depend heavily on the ability of its China-based commerce representatives to promote its advantages.

But China’s search for consumer markets abroad is still in its infancy. Rhodium Group has projected that Chinese outbound FDI will total US$2 trillion between 2010 and 2020. The research firm said the EU could absorb as much as US$500 billion in Chinese investment during the 10-year period, representing a substantial increase in mergers and acquisitions and greenfield operations.

“You have to bear in mind that Chinese companies have only very recently started to go out,” Mackel said. “The companies on the outside now are among the pioneers.”