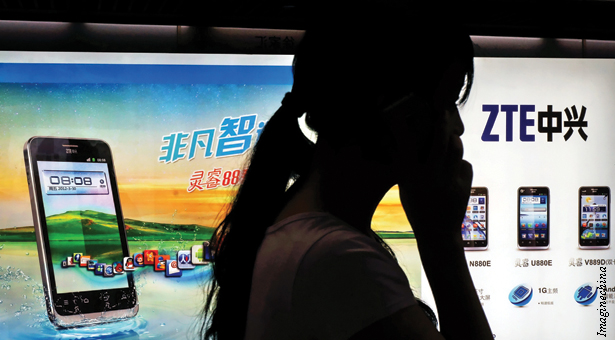 ZTE can't drive without a license

Guess what company wants to start making money again? That’s right: ZTE (000063.SHE, 0763.HKG). The telecom equipment company’s deputy general manager Issac Liang told The Wall Street Journal that growth in China’s 4G mobile services networks would drive it out of the red after continuous losses since the latter half of 2012. ZTE is coming off of a brutal loss of about US$455 million last year. Of the US$13.6 billion it took in revenues, wireless infrastructure constituted US$4.2 billion. As China’s mobile companies step up investment in 4G, equipment sales could make it profitable, according to one analyst who follows the company. “I think it’s likely [ZTE will turn a profit] toward the end of this year,” said the analyst, who was not authorized to speak to the press. “But the major catalyst will be the issuing of [4G] LTE licenses. Then all the telcos will do LTE investments.” China Mobile is the only company with substantial investments in 4G at present. But the government issuing licenses would quickly multiply the amount of equipment needed. Perhaps companies such as ZTE have the inside scoop on a licensing date. Either way, investors should keep a close eye on telco news and consider buying ZTE shares before the company’s turnaround sets in.

Banks? Beijing’s got your back

The cash crunch in China’s interbank market last week sent Shanghai shares for a wild ride. In fact, exchanges around the world suffered on the prospect of defaulting mainland banks and tightened access to credit. But many of those bourses came out ahead or at least broke even when the Chinese government stepped in and guaranteed some banks cash injections. Hong Kong was not excluded from all this excitement. In fact, Hong Kong benchmarks showed the best day of trading in about six months on Wednesday. During the past two weeks, investors in mainland banks and property developers have sold off shares, scared that Beijing would continue to tighten its hold on the money market. The promise of some liquidity on Tuesday from the central bank led to clever buyers picking up those shares at a discount. The lesson to learn is that the clampdown on cash was orchestrated and controlled by the government, which intended to send a message to banks that were over-lending. With growth sputtering this year, Beijing is in no mood to deal with a full-on banking crisis. The government has a hand on the cash spigot, placing banks in no real danger. Such tightening exercises could continue in the future and investors should be on the hunt for bargain banks when the wary dump their shares.

Hon Hai Precision Industries (2317.HKG) and its Chairman Terry Guo are known for being tightlipped and trying to keep a low profile – admittedly Guo himself being far more successful than the company as a whole. The largest listed subsidiary of the world’s top consumer electronics manufacturer Foxconn Technology Group doesn’t even meet with analysts regularly as many listed firms do. So, more so than most companies, all eyes were on Hon Hai’s annual shareholder’s meeting on Wednesday in Taipei. Guo maintained that the company would increase profits and hit its 15% target for revenue growth for 2013, despite a Bloomberg average of 23 analyst forecasts predicting otherwise. “Although the chairman reiterated his positive outlook for Hon Hai and guaranteed 2013 growth on both the top and bottom lines, despite economic headwinds and near-term weakness in 1H13, we are afraid that this will be difficult,” wrote analysts at Barclays. The company is dominant and will find it hard to gain market share, faces slowing demand from Apple and quite simply a bad global economy. Guo could be setting expectations too high. Investors who want to avoid being disappointed may want to steer clear.

The biggest news in IPOs this week was the offering that didn’t happen: Macau Legend Development delayed its listing slated for Thursday and cut the offer size in half. Conditions can’t seem to get grimmer with all but three Hong Kong offers this year now in the red price as of trading closed Thursday. Bad sentiment could negatively affect issues next week, which for once has several IPOs in the pipeline. Among the stronger China plays are Sinosoft Technology Group (1297.HKG) and cigarette package maker Jin Cai Holdings (1250.HKG), both slated for Friday.