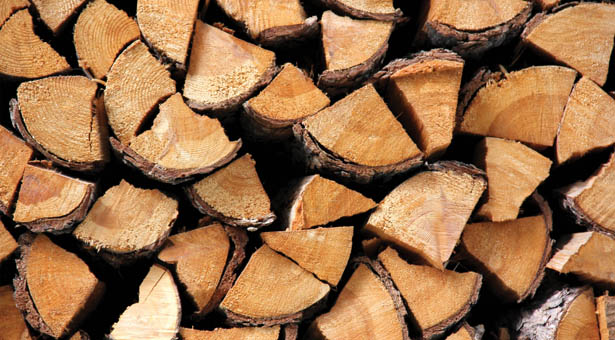 If a tree falls in the forest and no one buys it, what’s a Canadian lumber company to do? When faced with that harsh reality in the wake of the US recession, many Canadian mills closed. However, some were able to avoid the problem altogether by finding a new buyer: China.

Canadian timber sales to China have risen rapidly, with exports increasing more than 10-fold in the last five years. Much of that success is due to cheap lumber prices following the US housing crash and steady growth in China’s real estate sector.

Now, however, the Canadian wood industry is facing a period of unprecedented uncertainty. Chinese demand could drop off in the near term, as the Chinese real estate market slows; demand could also falter in the long term, as the US housing market recovers and drives up the global price of lumber. Rising prices could put China’s commitment to using wood as a building material to the test.

“Whether China will stick to North America [as a wood supplier] is an outstanding question and whether they’ll stick to wood,” said Catherine Cobden, CEO of the Forest Products Association of Canada, a trade association. “I don’t know.”

China’s urgent hunt for wood imports began in 1998 with a flood along the Yangtze River that killed 2,500 people. The event was blamed on deforestation, and as a result logging was widely banned in provinces along the middle and upper reaches of the Yangtze and Yellow rivers. Last year, Heilongjiang province and Inner Mongolia began phasing in logging bans of their own, making the vast majority of domestic forests off-limits to loggers.

Canada, more than 5,000 miles away, would not seem like China’s likeliest source of wood imports. Russia is much more logical, with its vast swathes of Siberian forest and shared border with China. In addition, Russia exports primarily uncut logs, while Canada exports more cut lumber. China prefers logs because it has efficient mills of its own that cut the logs to metric sizes preferred by domestic builders, unlike US-oriented Canadian saw mills that mostly measure in inches.

Yet a series of unusual events has made Canada the go-to supplier for China. Russia negated its advantages by imposing a tax on uncut log exports in 2007. The goal was to promote the value-added domestic production of cut logs, which were not subject to the export tariff. The tax gradually increased to 25% in 2008.

The timing could not have been worse. The US housing crisis was in full force by late 2008, driving down global demand and prices for wood. Any appetite to invest in Russian sawmills dried up, and the logs that were still exported were less price-competitive.

With the US as their largest export market, Canadian timber producers were also deeply affected by the crisis.

“That created a real sense of desperation in our industry,” said Brad Spencer, program director for industry association Canada Wood in China. Mills shut down and jobs were lost, devastating the economies of entire towns. In 2009, the Canadian industry “basically ran at half the speed” that it had in 2006, according to Russ Taylor, president of International Wood Markets Group.

This lack of US demand did have the advantage of making the wood appealingly cheap to China. Because of a mountain pine beetle epidemic that began in the late 1990s, Canada also has a surfeit of the type of low-grade wood that China typically demands. Trees that have been killed by the ongoing epidemic typically need to be harvested within eight to 12 years, making it that much more urgent for Canada to find a customer for its pine lumber.

All Canada needed was a low-cost means to export to China. That arrived with the growth of cross-Pacific Chinese exports, said Paul Quinn, a Canada-based paper and forest products analyst at RBC Capital Markets. China exports far more to North America than it imports, leaving plenty of cheap space on container ships returning to China.

“It costs about the same amount to send [wood] to Los Angeles from Prince George [in British Columbia] or to send it to Chicago as it did to send it to Shanghai or Beijing,” Quinn said.

Exporters were soon filling shipping containers with wood en masse. The government of British Columbia, which exports the most Canadian wood to China, estimates that 26 mills have reopened in the province as a result of Chinese demand.

But while Chinese demand has given a much-needed boost to the industry, it cannot fully compensate for the slump in US housing construction, because Chinese and Americans tend to use different wood for different purposes. The vast majority of Canadian wood exports to China are softwoods such as pine, spruce and fir.

In the US, softwood is mostly used for building wood-frame houses. But since 1949, China has built almost exclusively with concrete and steel.

Softwood in China is instead used for secondary building purposes. Much of the wood is used for “forming,” or creating frames for concrete foundations that are torn away once the foundation sets. Some is also used for interior structural work in concrete or steel frame buildings, or for flooring and low-quality furniture. Only about 5% of the wood China buys is used for building wood-frame houses, and Canadian efforts to promote such building techniques have been tepidly received (see box on page 46).

The handful of Canadian timber companies that have the most market share in North America – including “Big Three” companies West Fraser, Tolko and Canfor – also dominate in China. Roughly 20-25 smaller traders also export Canadian lumber and logs to China, according to Canada Wood.

Wood is a relatively undifferentiated commodity, so strategies between the major companies are fairly similar, though Tolko and Canfor deal more closely with end customers while West Fraser works more with distributors. It is unclear which strategy has the bigger payoff, said Spencer of Canada Wood. With such rapid overall growth in Canadian wood imports, companies have not needed to compete with each other for Chinese market share.

As rapidly as Canadian wood exports to China have grown, they could stall just as quickly due to the vagaries of the US and Chinese housing markets.

The real estate market in China has weakened in the last few years under government restrictions designed to rein in soaring housing prices. In 2010, Beijing began imposing a series of restrictions on mortgages and speculative investment in an effort to make housing more affordable.

Wood sales began to slow in the third quarter of 2011 and continued to decline in the next two quarters. Analysts have various expectations for when the market will recover: Quinn of RBC said he expects sales to pick up again toward the end of second quarter, but Taylor of International Wood Markets said growth may not resume until the end of the year.

A probable rebound of the US housing market in the next five years would add a new element of uncertainty to the Canadian timber industry. If demand is stronger in
the US and buyers are willing to pay more than the Chinese, Canada may shift its focus back to the US.

No matter where Canada sells its wood, the increase in demand is bound to push up prices – undoubtedly good news for Canadian timber companies that will see higher profits and stock prices. Some, like Cobden of the Forest Products Association of Canada, fear that the price increase could drive cost-sensitive Chinese buyers off wood altogether. Chinese are relatively new to using wood for construction and could shift back to building with more concrete and steel.

In the story of the end of low-cost China, wood may be the next commodity to take the stage. The era of historically cheap commodities that has fueled China’s growth is coming to an end, said Taylor of International Wood Markets Group. Price increases and volatility have gradually crept into various commodities. The same is likely to happen for wood: As demand rises, supply will take time to catch up, creating large swings in prices.

“As that capacity comes back on and demand gets much tighter to supply, then we’ll see a shift and wood will get its ride on the rollercoaster of commodity pricing,” Taylor said.

There are too many factors – exchange rates, shipping costs, changes in Russian forestry policy and the speed and strength of the US housing recovery – to accurately predict what the global wood market will look like in five years.

The one certainty is that the invisible hand of the market will reshape the industry. Business in China might be built on relationships, but commodity markets are built on the pure economics, with the highest bidder getting the materials.

As demand rises, more suppliers will enter the market, and economic forces will dictate where their products go. In five years, Russia could again lead the market, or Brazil, Chile or New Zealand may have become the supplier of the day, Taylor said.

The market doesn’t care whether Canada sells its wood in China, the US or anywhere else. And if selling more wood means higher profits and stock prices, Canadian timber companies likely won’t care where they sell wood either.