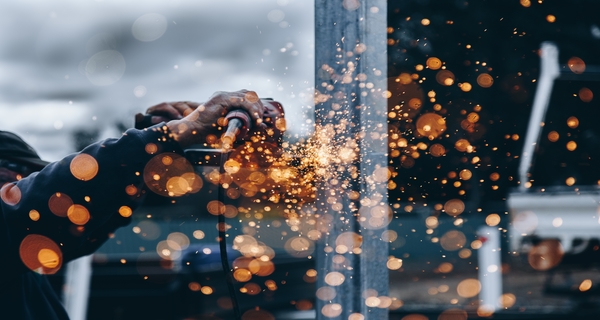 Two key surveys tracking the performance of China’s industrial sector diverged in August, offering conflicting accounts of how Chinese factories are dealing with ongoing trade threats and the prospect of cooling domestic demand.

The official Purchasing Managers’ Index (PMI) inched up to 51.3 from 51.2 last month, beating a market forecast of 51.0 based on a poll of industry experts.

A breakdown of the data shows that the growth came largely from stronger output, with the Production sub-index rising to 53.3 in August from 53.0 for the January-July period. There is also potential for this trend to continue in the short term as exports are front-loaded ahead of further US tariffs.

Any improvements were experienced mostly by small- and medium-sized enterprises (SMEs), which climbed 0.7 and 0.5 points to 50.0 and 50.4 respectively, taking both readings out of the sub-50 contraction zone. Larger companies continued to slow, falling 0.3 to 52.1. Beijing has made growth from SMEs a policy priority following growing threats of an economic slowdown linked to credit tightening.

New export and import orders continued to fall in August, suggesting that the trade tensions with the US are affecting demand. The Trump administration has threatened to slap further tariffs on $200 billion of Chinese exports as early as this week.

Both output and input prices picked up last month, potentially good news for PPI inflation in this half.

Given the size and concentrated nature of the uptick, market watchers remained sceptical of the economy’s performance as a whole.

“Despite the rise in the PMI, we believe economic growth is yet to rebound and major activity data in August could slow further,” said analysts at Nomura.

On the back of several months of cooling economic data, Beijing has eased its position of austerity in a bid to bolster demand and boost confidence. Greater fiscal spending on infrastructure and liquidity provisions by the China’s central bank in the form of lending and cuts to the reserve rate are expected to offer a lift in coming months.

“We expect such measures to help stabilise domestic sentiment going into Q4,” said Betty Wang of ANZ Research in a note. “The biggest uncertainty still lies with the China-US trade spat, a further escalation of which may trigger more domestic-focused policy adjustments from Chinese policymakers.”

The two surveys often diverge, and some analysts place a greater weight on the unofficial reading given its higher weighting towards smaller businesses.

Both indices agreed, however, that slow demand is the main factor holding back the sector. The Caixin survey saw weaker new orders but an uptick in new export orders, stressing that the issue lies in domestic sentiment.

“This slowdown appears, on balance, to have continued last month, most likely on the back of a further deceleration in credit growth and infrastructure investment,” wrote Julian Evans-Pritchard, Senior China Economist at Capital Economics. “And while the policy easing now underway should eventually put a floor beneath growth, the usual lags involved mean that growth will continue to cool heading into next year.”