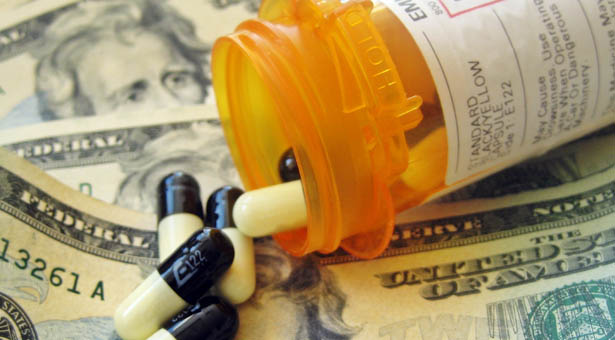 It seems that every other week another acquisition or alliance is announced in China’s pharmaceutical distribution sector. Sinopharm, the largest player in the industry, announced in June 2012 that it would issue up to RMB8 billion (US$1.3 billion) of debt to fund expansion opportunities, just three years after its IPO raised US$1.13 billion. In the same month and in a similar vein, Cardinal Health China acquired Zhejiang Dasheng Medic to deliver better coverage in the Ningbo area.

International interest in the sector is also evident. Alliance Boots recently announced it would take a 12% stake in a major Chinese pharmaceutical distributor, Nanjing Pharmaceuticals, adding to its long-standing joint venture with Guangzhou Pharmaceuticals Group.

Unsurprisingly, the industry is undergoing massive and rapid consolidation. National and regional champions are emerging, mainly through mergers and acquisitions.

For example, Sinopharm and Shanghai Pharmaceuticals, the two largest distributors, made acquisitions worth RMB7 billion in 2010, gobbling up an additional 6% of combined market share. Companies are also increasingly expanding into related businesses, such as supply chain services, retail pharmacies and drug manufacturing.

Chinese regulators are clearly pressuring the industry to consolidate, in part due to concerns that the distribution channel is capturing much of the profit and passing on outsized health care costs to taxpayers and patients.

Government agencies have issued a litany of regulation to encourage the industry’s consolidation, including an explicit target for consolidation in the 12th Five-Year Plan. The top 100 distributors were to grow from 70% of the market in 2010 to 85% of the market by 2015, while up to three national giants and up to 20 regional leaders would be created. As part of the 2009 health care reforms, regulators also designated an Essential Drug List (EDL) to reduce the cost of key medicines for patients by capping hospital and pharmacy mark-ups and enhancing the level of competition between drug suppliers. The number of drugs on the EDL has been expanded further in 2012.

The government also altered the tendering process in 2010 so that provinces, rather than individual hospitals, take charge of bidding for pharmaceutical drugs, a change which favors larger distributors. Finally, it increased direct regulation and raised barriers to participation in the market by creating minimum standards with which market participants need to comply.

Regulators have also proposed, but not yet begun to widely enforce, a series of measures with the potential to drive radical restructuring of China’s prescription drug industry. The government may directly limit the mark-ups allowable on manufacturer prices, implement a “two invoice” policy to improve industry transparency and counteract graft, or forcibly separate the dispensing of medicines and writing of prescriptions.

There are no signs that the regulatory and commercial pressures that are driving consolidation in the sector will let up anytime soon. The distribution market is far from consolidated by global standards, and health care costs remain a public and political concern.

What constitutes a good investment for these distributors as they expand? First, the asset needs to be large enough to be worthwhile. Transactions and post-acquisition integration may distract management teams and exact a real cost, and it’s always possible that the distributor’s investment could be better used to grow organically.

Investors also appear to do better in targeting depth rather than scattered breadth. Regional concentrations often give a company resilience and strategic options that they would not have using a scattergun approach which delivers national or multiregional reach.

Finally, distributors must seek out good quality relationships with major end-customers. Seeing the asset through the customers’ eyes is critical to understanding its future prospects and risks. It also reduces risk to the organization by ensuring that these most important relationships are reinforced at the corporate level, rather than devolved to individual salespeople.

There are firms in the market still with these good characteristics, but acquiring reliable information on provincial and sub-provincial market dynamics is still challenging in an industry that has traditionally been characterized by a lack of transparency. Companies should proceed, but with caution.

The rapid changes in the structure of the pharmaceutical distribution industry will continue to have ramifications both inside and outside the sector.

Through regulation and competition, the pharmaceutical distribution industry as a whole is being forced toward lower profit margins. While the strategic winners are likely to continue to deliver good returns reflecting the industry’s strong underlying growth, others will struggle or be forced to exit outright. Rapid consolidation, both organic and inorganic, will continue to be a feature of the industry as margins shrink in years to come. The flipside of this is that companies will see big opportunities for improving the efficiency and transparency of their distribution channels.

Pharmaceutical companies seeking to distribute their products in China have historically focused on market reach. In the future, as the China market becomes easier to address, reach will become less of a differentiator.

In this environment, the competencies that major international distribution players can bring to bear from more developed markets will become more highly valued, and domestic distributors will need to invest significantly to replicate this expertise.

The optimal “next generation” business model in pharmaceutical distribution for China remains far from clear, as is the path to achieving it. But undoubtedly there will be big winners, and losers, in finding the way forward.