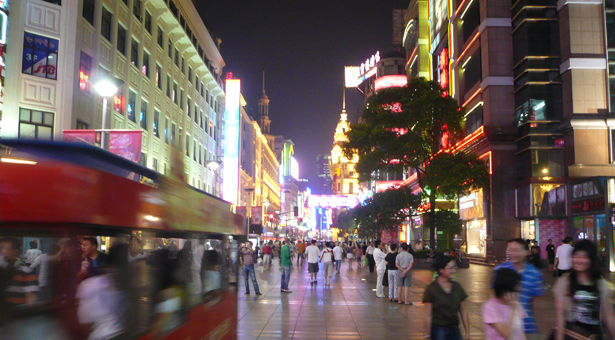 Musings of an adman

A crush of Chinese athletes brandished flags and rushed toward the onlookers. Their expressions were ecstatic at the approach of Beijing’s 2008 Olympic Games.

This wasn’t the opening ceremony, but the scene that graced sportswear retailer Anta’s website in the summer of 2008. The marketing campaign was an obvious appeal to Chinese patriotism: It attempted to channel the excitement over China’s coming out party and hometown sports heroes toward Anta, the country’s homegrown sports company.

But probing deeper, the campaign also appealed to Chinese consumers on a cultural and psychological level. Many Chinese desire social recognition, but cultural values often require them to suppress their egos and conform to traditional roles, writes Tom Doctoroff, the Greater China CEO of advertising agency J. Walter Thompson. This ad allowed Chinese to feel a swell of personal pride in a socially acceptable way – essentially, “China is great, so I am too!”

This is just one of the examples that Doctoroff cites in his book, “What Chinese Want: Culture, Communism, and China’s Modern Consumer,” of how a complex idea can be simplified into an ad that works. In grappling with the gargantuan question his book presents, Doctoroff attempts the ultimate simplification – boiling down the desires of 1.3 billion people into digestible lessons for would-be marketers. What results is a playful primer that takes a wide swipe at nearly all aspects of Chinese society but that sometimes underwhelms with its scattershot approach.

A guide to the East

Doctoroff makes a fitting guide for China, having spent 14 years heading up JWT’s mainland operations. International media (including China Economic Review) regularly look to him as an expert on Chinese consumerism.

Chinese shoppers are a new breed – the average annual disposable income for an urban resident is roughly US$3,000, more than ten times what it was in 1990, according to 2010 data from China’s National Bureau of Statistics – and their habits have yet to be fully analyzed. What used to be a country of subsistence farmers has rapidly become home to a middle class that drinks Heineken and watches “The Big Bang Theory.”

What do these new consumers want? One of Doctoroff’s key assertions is that Chinese struggle with two contradictory forces when it comes to consumption: the need to spend conservatively to protect themselves and the desire to project their social status.

Essentially, China’s lack of a comprehensive social welfare system, product safety standards and rule of law force Chinese at all levels of wealth to save much of their income in case of large unexpected expenses. At the same time, however, Chinese value status symbol brands that can convince those around them that they are ascending the socioeconomic ladder – being perceived as an up-and-comer can help an individual personally and professionally.

Doctoroff applies his attuned marketing mind to showing the many ways this contradiction manifests itself and how certain brands have positioned themselves to appeal to both of these conflicting forces. Take, for example, BMW and Audi brand SUVs, which are immensely popular despite China’s relative lack of soccer moms and opportunities for off-roading.

That’s because these models are viewed as both status symbols and pragmatic purchases. They’re expensive, with buyers generally spending more than a year’s salary on the purchase, but they are not frivolous like sports cars. The roomy back seat may show the driver is on his way to having a family – the bedrock of Chinese society and hallmark of success, according to Doctoroff. The cars are also large enough in case the driver someday climbs the corporate ladder and needs to be chauffeured around in the backseat.

These kinds of generalizations feature prominently in “What Chinese Want.” Consumers value safety in products first and status second; they mostly buy premium brands if they can be used in public; and they prefer the reliability of giant corporations to small outfits. Doctoroff answers the book’s titular question with bullet points rather than a cohesive theory: Youth want to live double lives online, CEOs seek gradual growth rather than major innovative leaps, and parents are willing to spend more on products that are both good for kids and enjoyable.

Experienced China hands may find some of his analysis a bit obvious. But such generalities are unavoidable, and Doctoroff meets potential criticisms head on. Presented with hundreds of millions of watchers, a Western adman can only proceed by making some basic assumptions, Doctoroff writes.

There are also chapters where Doctoroff transcends such simplifications. In a stellar chapter on marketing to aging Chinese consumers, he points out that only 10% of products are aimed at seniors 50 years old and up. Yet this demographic makes up 21% of the population and will climb to roughly one-third by 2025.

Doctoroff suggests that companies market to seniors as “wise elders,” emphasizing family and allaying their insecurities about becoming socially irrelevant. Some companies, including HSBC, have already begun to target this under-tapped demographic. “In one droll HSBC ad, a silver-haired father wields a credit card to restore family harmony while paying for an expensive meal,” Doctoroff writes.

But despite his often lucid analysis, Doctoroff fails to answer one big question that many China watchers will want to know: Can China complete its desired transition to a more consumer-driven economy? And if so, what will that new consumer in the revamped economy look like? Doctoroff alludes to the question when he discusses the stunted service sector and high savings rate, but he does not rigorously engage the question or attempt to present an answer.

To suggest that the book is entirely made up of generalized assertions and the analysis of marketing campaigns would be incorrect. Doctoroff also uses his experiences, both successes and gaffes, to explain the nitty-gritty of business in China – how to relate to infallible Chinese CEOs, for instance, and navigate employees who avoid saying what they think.

For example, he advises that all ideas first be mooted to CEOs in private to avoid embarrassing them in public. “My most grievous faux pas was asking the CEO of an appliance manufacturer what he thought of Philips’s ‘Sense and Simplicity’ campaign. When he confessed ignorance, the room fell into awkward silence. The meeting never recovered.”

Unfortunately, his business-related anecdotes are few and brief, possibly out of concern for client privacy. Many of his other anecdotes – such as his move into a traditional neighborhood and a trip to the Shanghai Zoo – are rich material but seem more suited for a memoir than a marketing treatise. Doctoroff’s discussion of foreign policy, including the Chinese view of US President Barack Obama, wanders even further outside of his expertise and the scope of the book.

The book also jerks from one topic to the next – for instance, the chapter on senior citizens follows the chapter on autos – and the three- to six-page chapters sometimes do not give enough space for analysis on topics that merit it, such as the future of digital marketing. This style does, however, fit the book’s billing as a primer on Chinese consumerism, giving a far-ranging view of the market while rarely probing deeply.

When presented with the vast question of “What Chinese Want,” Doctoroff does not offer a cohesive answer. Instead, his insightful nuggets of analysis depict Chinese shoppers as complex, often contradictory, beings. But perhaps there is no unifying answer. Doctoroff should know better than most, and for that alone, both novices and veterans may find the book worthwhile.