Home Consumer The next China? 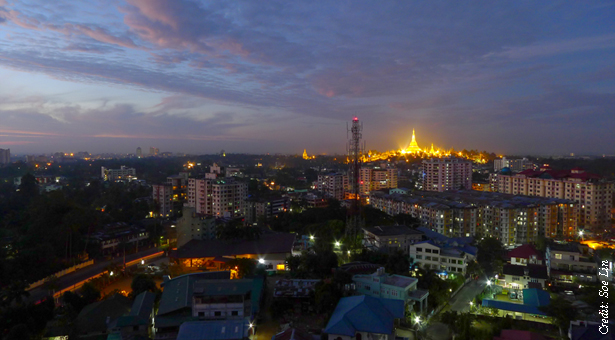 YANGON, Myanmar — Standing on a rooftop in Myanmar’s largest city, you can see China all around you. Although Yangon lays hundreds of kilometers from the Chinese border, the handful of high-rises cropping up around town appear to have been built quickly and cheaply using concrete and metal, a hallmark of Chinese-style development.

It’s hard to resist comparing Myanmar, a society closed for decades that only began to open politically and economically in 2010, to China. China Economic Review certainly isn’t the first to do so.

Like China immediately after opening, Myanmar’s decades of isolation and poverty have created a population willing to toil for low wages and under poor conditions – a major attraction to penny-pinching global capitalists. Last year, the government established a minimum wage for garment factory workers of US$1.25 (1,000 kyat, in the local currency) per day. As Chinese wages rapidly rise, Myanmar will undoubtedly be one place that manufacturers consider for their future factories, just as they relocated to China years ago. Foreign investors from Hong Kong, Japan, South Korea and Germany are already taking advantage of Myanmar’s ultra-low wages in the garment industry.

Myanmar’s tremendous pool of rural workers will fuel this trend and keep wages low for quite some time, as was the case in China. The country’s top five cities are home to roughly 7 million people (according to the sketchy estimates available) with the next largest cities falling below the 250,000 mark. The vast majority of Myanmar’s 56 million residents live in rural areas. The country likely remains decades away from its Lewis Turning Point – when excess rural workers are exhausted and wages rapidly rise – a point that China is finally approaching after more than 30 years of economic development.

Perhaps most appealing to multinationals is the prospect that factory-driven urbanization will create a new Myanmar consumer class, although on a much smaller scale than in China. With ever fewer new emerging markets, multinationals are salivating at the prospect of 56 million spenders. This increase in consumption is already showing itself on the streets, even though most Myanmar people can still only afford low-end products. Residents of Yangon now commonly complain about traffic that has appeared only in the last year as low-end Japanese cars flooded the market. China’s Huawei, known for making low-cost phones, and Samsung are already hawking their wares around the city.

Myanmar also shares several key political traits with China. Despite its early democratic reforms, Myanmar remains under the firm control of a government that is as totalitarian as China’s. The military is automatically given 25% of seats in the country’s parliament. When combined with the Union Solidarity and Development Party (USDP) members, closely backed by the military and composed of many former military members, that gives the armed forces that backed the old junta control of roughly two-thirds of both legislative houses.

While such a system may lead to human rights violations, the military-backed government provides the stability that global investors are looking for, much like the Chinese Communist Party does. The USDP has taken a gradualist approach to reforms, slowly rolling out changes to the banking system, easing controls on the media and privatizing businesses controlled by the military. The government wants no sudden market changes to scare off international investors.

Yet, despite all of these similarities to China, the people of Myanmar are skeptical of embracing Chinese investment and China’s dirty, top-down model of growth. Last fall, a broad alliance of Myanmar activists protested and successfully halted a Chinese-backed US$3.6 billion dam that would have been harmful to the environment in northern Myanmar. Separate protests resumed last week after being violently broken up in November over a Chinese-supported copper mining project that would force residents to give up land. Only after decades into development have Chinese begun to voice concerns about environmental damage in earnest or mount substantial resistance to widespread government land grabs.

Myanmar people widely lament the seeming Chinese takeover of the northern city of Mandalay. Chinese investors have purportedly bought up the city center and it’s difficult to find restaurants that don’t serve Chinese food. In the book “Where China Meets India: Burma and the New Crossroads of Asia,” author Thant Myint-U writes that despite rapid Chinese development of Mandalay, many of the city’s long-time residents “have not seen an improvement at all in their own lives and felt passed over.” People elsewhere in Myanmar are wary of that happening to the rest of the country.

Perhaps Myanmar natives are right to be skeptical of China’s strategy of development at any cost. Chinese cities, built fast and cheap, are generally grim and depressing places. The World Bank contends that if China accounted for environmental damage in GDP figures, it would knock 3.8 percentage points off of economic growth.

Myanmar surely has lessons to learn from China about raising millions of people out of poverty. But development should be done in a sustainable manner that doesn’t put off the economic costs of environmental degradation and wasted investment to later generations. With ultra-low wages and a legion of untapped consumers, international investment will still come even if the government requires companies to operate in a sustainable manner. If that means scaring off a Chinese company or two, it should be well worth the cost.

The future skyline of Yangon will undoubtedly include skyscrapers either built or funded by the Chinese. But ideally those buildings will be mixed in with those of American, Japanese, European – and especially Myanmarese – construction.