Home Business The next China? 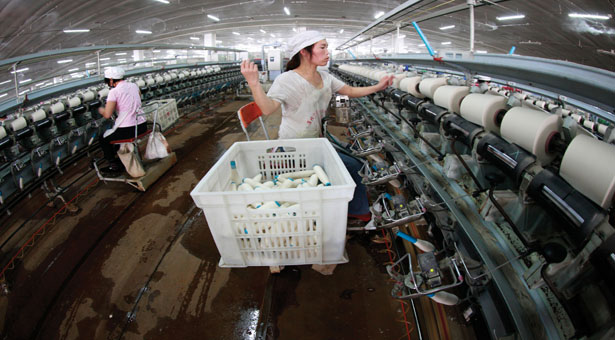 Labor-intensive and low-margin goods must be made elsewhere as China moves up the economic value chain. In theory, any country with a lower GDP per capita than China could step into its shoes. In practice, however, few seem ready to do so.

Shaun Rein, managing director of market research firm CMR China, said his corporate clients planning to move operations abroad are most interested in Indonesia. The country has a relatively stable government, with a sizeable population (at around 240 million, by far the largest in Southeast Asia) and a booming middle class. However, others say Indonesia’s onerous labor regulations, weak infrastructure and lack of clear ownership laws make it as likely to become the next Philippines as the next China.

Instead of having one go-to workshop of the world, the country of choice now usually varies by industry. Bangladesh and Cambodia, for example, are carving out niches in textiles. Bangladesh’s apparel exports should triple by 2020 due to the country’s cheap labor (even by poor-country standards) and plenty of existing factories, according to a report by McKinsey. Michael Austin, CFO of underwear manufacturer Top Form International, said his firm is shifting some production to Cambodia because of its low wages (US$68 government-mandated minimum monthly wage, and US$150 “effective rate”) and the country’s duty-free export agreement with the EU.

Vietnam is sometimes tipped to be the next stop for global supply chains, due to its similar political profile to China. But many companies say it is not living up to its potential.

Manufacturing industries in other countries, especially Thailand and Malaysia, could actually be threatened if Chinese manufacturers move up the value chain and into their turf, according to a report by consultancy Capital Economics. Both Thailand and Malaysia produce a bigger share of sophisticated goods than China, particularly electronics and car parts.

The kaleidoscope of possibilities makes predicting the path of manufacturing difficult. However, what does seem likely is that complex supply chains will continue to fragment across multiple countries as Chinese wages rise. Specific industries and links in the manufacturing chain will gravitate towards countries with comparative advantages in that area.

One Southeast Asian country seems unlikely to replace China, but all of them together might stand a good chance.