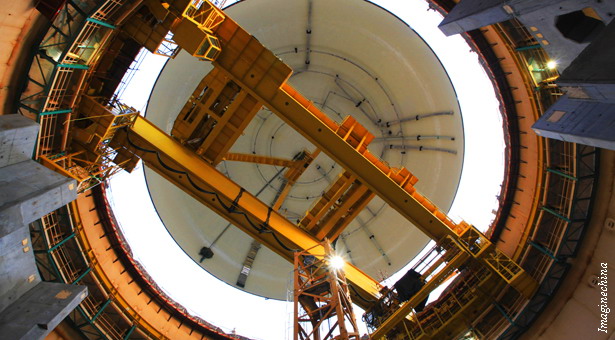 China must play by the nuclear rulebook to win overseas

Spring is a time of renewal, injecting life into things that have fallen dormant. For China, the month of May was supposed to be the moment its nuclear industry sprang back to life after two years of hiding from the cloud cast by the Fukushima disaster.

A Chinese company was poised to win a major nuclear power project in Turkey, heralding the nation’s arrival as an exporter of advanced technology and its progression up the next step of the industrial value chain.

In the end it turned out that the forecasts had been completely wrong. As if wishing ink on an agreement, the state-run China Daily was confident that China General Nuclear Power Group (CGNPG) was close to sealing the US$22 billion (RMB 135 billion) deal in early May – only for it to be awarded to a Japanese-led consortium.

For more than a decade, state-owned nuclear power enterprises have been developing their skills in this field. Beijing is eager to develop world leaders in advanced technologies and nuclear is a prized target.

In terms of size of the nuclear market, China is already number one. But leading the pack in nuclear technology won’t come as easily.

Its companies have yet to master the delicate processes involved in competing for global nuclear projects. And as is the case with China’s overall push up the value chain, its old strategy focused on cost and near limitless investment will no longer suffice.

China has stormed back into nuclear development since the Fukushima disaster in March 2011 put nuclear plans on hold around the globe.

Citizens took to the streets of cities worldwide to protest the dangers of atomic energy while governments started considering scrapping nuclear power. Officials in Beijing demanded an immediate halt to new plant constructions and dispatched teams of inspectors to scrutinize safety measures over a nine-month period.

In May 2012, the State Council indicated the first signs that nuclear power projects would resume when it approved a safety plan for the 2011-2015 period. A report released in October by the Ministry of Environmental Protection describing China’s plan to deploy US$12.75 billion to upgrade the security of its nuclear facilities and radioactive contamination control to international standards confirmed the direction of domestic nuclear development.

Then, last month, the State Council unveiled a plan to tackle nuclear emergencies, completing the strengthening of the country’s new safety regime. China is leading the way globally in putting into commercial operation third generation reactors – those that meet the most stringent safety standards yet.

“The focus on safety may slow China’s ambitious domestic capacity addition plans in the near term, but Chinese nuclear power companies are likely to be anxious to establish domestic track records for their indigenously developed Generation III reactor technologies as they seek to become competitive in the global export market,” Olivia Boyd, a Beijing-based energy analyst with research firm IHS Global Insight, wrote at the beginning of July.

In just over two decades China has gone from having no working nuclear power plants to becoming the biggest hope for the global industry.

The country is the largest nuclear power market in the world by reactors under construction, with 28 at the latest count or 40% of the global total, according to the International Atomic Energy Agency. This formidable scale means that it will eventually acquire expertise across the entire nuclear supply chain, from manufacturing components to installing reactors.

Just as China became a world leader in thermal power after 20 years by building a huge number of its own coal-fired plants, it can also do so with the nuclear industry, said Lin Boqiang, an energy advisor to China’s National Development and Reform Commission and director of the China Center for Energy Economics Research at Xiamen University.

For now, Chinese enterprises still rely on foreign suppliers such as France’s Areva and Westinghouse of the US to provide much of the technical expertise still lacking domestically. In the past eight years both have signed agreements with different local partners to provide everything from manufacturing and design support to management expertise.

In the case of Westinghouse, the Toshiba-owned company will build four of its third generation AP1000 reactors with State Nuclear Power Technology Corporation (SNPTC) and then hand over rights to future reactors based on the design that have been modified by the Chinese side. SNPTC is charged by the State Council to acquire third generation nuclear power technologies from other countries and transfer them to China.

Through their various collaborations with international firms as well as internal research, SNPTC and CGNPG have gained experience in plant and reactor construction, and component manufacturing. However, they remain dependent on their foreign partners in areas such as special equipment manufacturing and plant monitoring systems.

Bridging this gap is not only a long process in terms of technical capabilities: It also requires a rethink of Chinese enterprises’ capacity for innovation and internal culture.

“It’s not about investment; you can get the best machines, money, best personnel, but this doesn’t help to make it better,” Wenyin Zhang, a Shanghai-based manager of the nuclear business unit at Bureau Veritas, a testing, inspection and certification services consultancy, told China Economic Review.

One approach might be to look at how Russian companies have emerged as leading suppliers of nuclear equipment and services to countries that China itself might consider potential clients. State-controlled Rosatom has progressed to become a dynamic nuclear enterprise that is open to investment and recruits foreign staff, said Shengke Zhi, a UK-based senior nuclear engineer with nuclear technical services firm AMEC.

Chinese engineering giants are building roads, railways and dams across much of Southeast Asia and Africa thanks to Beijing’s political and financial clout with developing nations. Meanwhile, their nuclear counterparts are struggling to win business anywhere.

Competing on cost is the traditional competitive advantage of China’s enterprises abroad. But government officials and the general public are more concerned with the safety and quality of nuclear construction, noted Zhang.

Aware of the need to prove that they can deliver lower-cost and safe nuclear projects, senior nuclear company executives are pondering how to do so.

They could start by allowing third-party nations to review Chinese reactors, something companies have been reluctant to agree to until now, Arnaud Lefevre-Baril, managing director of Dynabond Powertech, told China Economic Review.

Enterprises from China should also pay closer attention to emerging trends in the nuclear industry and understand how successful bids are put together. Lefevre-Baril noted that recent projects in Europe and Turkey were won by consortiums – a grouping of companies that each offer specialised services such as construction or plant management.

Experts cited a variety of reason as to why CGNPG failed in Turkey. Clearly the company, like other Chinese nuclear enterprises, needs to better consider how to put together a convincing bid package. This means reassuring foreign governments that domestic technology is safe as well as cheap, not relying on diplomatic channels for busines
s and accepting partnerships with foreign firms on international projects.

With this in mind, they should be able to avoid the same embarrassing failure when bidding on overseas projects in the future.