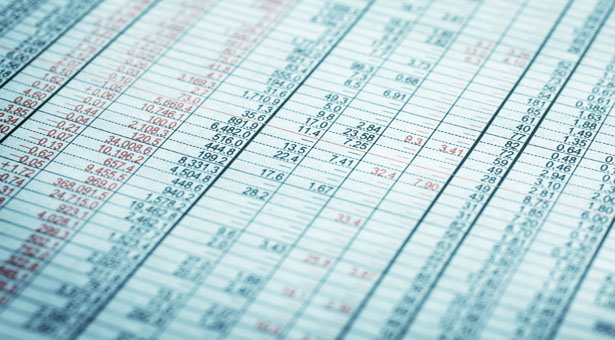 China’s statisticians released a slew of disappointing economic data in early May. Exports, investment and consumption, China’s three main growth drivers, all lost ground during the month of April , sparking suspicions that the country’s GDP growth had dipped below the government’s “comfort zone” of 7.5%.

The numbers sent China-focused economists – many of whom had projected that the economy already “hit bottom” in the first quarter – scrambling to revise their growth forecasts. Lu Ting, the respected China economist for Bank of America-Merrill Lynch, issued a note entitled “We were wrong,” in which he cut his annual forecast for China’s 2012 GDP to 8.0% from 8.6%.

Chinese financial regulators acted quickly to change this somber tune. Within days of the releases, the central bank announced a 0.5 percentage point cut in the required reserve ratio (RRR) for the country’s banks, the third reduction in six months. China’s biggest banks would now be required to hold the equivalent of 20% of customer deposits in reserve, theoretically freeing up more money to flow into the economy.

Break out the tiny screwdriver

Analysts and journalists hailed the move as an effort to ease liquidity and rekindle the country’s economy. Yet some argued that the cuts have little more than symbolic value. The RRR has little correlation with lending volume in China, since Chinese are required to lend according to government quotas, said Andy Rothman, chief China economist for CLSA, in a subsequent note.

In a “real banking system,” Rothman said, regulators use the RRR to guide the growth of lending and money supply. In China, however, the RRR is primarily used to sterilize the foreign exchange that flows into the country as a result of exports. Chinese regulators have repeatedly acknowledged the RRR’s ineffectiveness in controlling liquidity; central bank governor Hu Xiaolian said last year that RRR actually has a “neutral” (read: no) effect on monetary policy.

Other analysts, Rothman included, said that while the RRR cut will have little impact on lending volume, it did signal Beijing’s readiness to take action in the months ahead. Beijing could launch measures including tax breaks, spending on infrastructure and public housing, and investment deregulation to boost China’s economy. Alternatively, it could begin to phase out tough restrictions on purchasing homes.

These moves could stimulate China’s economy. However, policymakers will have to be cautious. First, they should be wary of triggering inflation. Inflation fell to a low of 3.4% in April, but that was in part due to a higher reading one year ago.

Second, some of these efforts – such as renewed infrastructure spending – would go against the much-vaunted and increasingly urgent goal of rebalancing China’s economic model away from exports and fixed-asset investment and toward consumption.

Then there is the greatest danger of all: that even all these measures taken together would fail to counteract a significant slowdown in growth. For example, a sharp drop-off in demand from Europe, China’s largest export market, would have clear reverberations.

It’s possible that economic growth in Asia will just be slower in the future, Frederick Neumann, the co-head of HSBC’s Asian Economics Research, wrote in a recent note. Research by HSBC shows that productivity growth has been slowing around Asia, and countries therefore have to grow more slowly to keep inflation under control.

Yet there are advantages to this situation. “[S]lower growth also means that Asian output has become less volatile, being increasingly dependent on steady local demand, rather than unpredictable external conditions,” said Neumann.

“Asia’s new normal may, in fact, not be such a bad thing.”