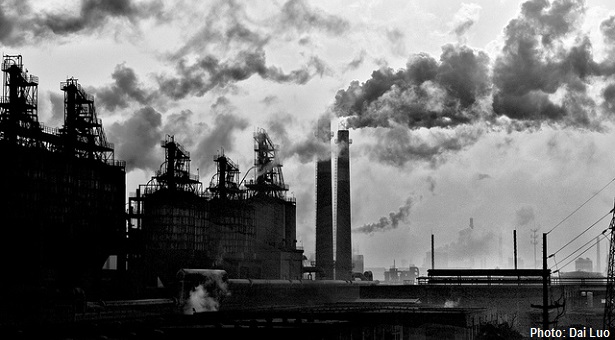 In recent years China’s cleantech sector has experienced a substantial reduction in private equity investment following a peak in 2011, and though this drop-off in deals mirrors those of other industries over the same period, the need for increased investment in this sector – essentially any technologies or services that aid in energy efficiency or reduce pollution – could hardly be greater. In a 2012 report we highlighted its potential, along with the many environmental challenges facing China. Since then, the domestic investment landscape has changed across all industries, but perhaps none has changed so meaningfully as that of cleantech.

Yet as an industry that relies substantially on sustained government support through mechanisms such as tax exemptions and special funding programs, cleantech still shows great promise for equity investors. This support is rooted in a very real need to reduce the damage done to China’s natural environment.

In early 2015, the central government announced plans to establish a US$6.5 billion fund focused on investing in domestic startups that operate in emerging industries. Although there are already multiple government avenues through which to raise funds for emerging industries, the launching of this fund demonstrates the state’s continued support for sectors like cleantech. This year the State Council also announced the “Made in China 2025” initiative to further develop China’s manufacturing industry by improving indigenous innovation in ten key sectors. Those included energy efficiency and new materials—both of which feature significantly in cleantech. Meanwhile, in a recent report on “green” financing, The People’s Bank of China asserted that China needs to invest RMB2 trillion (US$320 billion) a year in order to meet the country’s pollution reduction targets. With current investment reaching only 15% of the required amount, much progress still needs to be made in order to ensure a cleaner, greener China.

Although the situation seems dire, there is a silver lining, as this gap in investment may provide an opportunity for investors to unlock economic and social value through cleantech investments that provide smart solutions to China’s current environmental woes. Better still, investment in cleantech directly affects the wellbeing of Chinese citizens, who are eager to see environmental conditions improved. By participating in this sector, financial and corporate investors can capitalize on that desire.

Even though cleantech private equity investment has remained muted over the past few years – blame for which is at least partly due to limitations placed on initial public offerings in China in 2012 – there are promising opportunities worth a closer look. As China continues to industrialize, consumption and environmental issues will go hand in hand. In order to simultaneously stem environmental degradation and improve consumers’ quality of life, three key subsectors of cleantech look likely to produce the lucrative opportunities:

Demand for such products will be driven by necessity and government regulation. The Made in China 2025 initiative highlights the importance of the new materials and energy efficiency sectors. Unlike other industries in which demand wavers with each passing technological innovation, China’s need for more environmentally friendly products will hold steady as economic growth continues.

Perhaps no need is as great as that for new materials. China’s economic development has resulted in unprecedented production and use of cement, the key ingredient of concrete. Between 2011 and 2013, China produced approximately one and a half times as much cement as the U.S. produced in the 20th century, and concrete production is responsible for approximately five percent of global greenhouse gas emissions.

In order to continue urbanizing at the current rate, China must reduce its gargantuan cement consumption through the development of innovative building products made with new materials that improve resource efficiency in both the production and use. New materials developed domestically that provide a reduction in cost and greenhouse gasses could have a profound effect on the environment and on a company’s bottom line. In 2011, there were nearly 3,000 new building product firms in China with an average revenue of about RMB50 million, a revenue range ripe for consolidation.

Of late private equity transactions in this area have been largely limited to the purchase of minority stakes in larger, billion-yuan companies. But the number of smaller companies in this industry demonstrates that there is room to capture value at a smaller scale, and short-term investment in new building products will undoubtedly be driven by the government goal to build 1 billion square meters of “green building” floor area by 2015. We believe new building product companies need to articulate their value properly to developers keen to show that their projects are less harmful to the environment than “non-green” competitors. Working with developers that build “green certified” buildings, as in America’s LEED program, would create a promising pocket of value for the new materials building products industry.

Increased public interest in environmental protection, demonstrated by the popularity of Chai Jing’s documentary “Under the Dome,” has translated into promising investments in companies that provide value through more energy-efficient products and energy-through-waste services. A prime example of how to take advantage of this sentiment came in May, when Shunfeng International Clean Energy purchased a stake in Lattice Power from Go Scale Capital. Lattice Power specializes in low-cost LEDs, and is the only company that uses gallium nitride in LED lighting. Investments like Lattice Power contribute to a fund’s bottom line by making energy efficient products accessible to a wider consumer base.

China’s energy consumption growth shows no sign of stopping as development continues apace: it accounts for approximately 70% of Asia’s electricity consumption and is expected to maintain a similar proportion over the next 20 years. One important driver of China’s growing energy consumption is the adoption of home appliances and large consumer electronics. Here cleantech innovations usually come in the form of energy-efficient electronics such as online-controlled air conditioners or high-efficiency home appliances.

Chinese appliance manufacturer Haier markets a smart air conditioning unit that measures temperature and air quality, and can be remotely controlled through a smartphone application. Such products are attractive to health-conscious Chinese consumers who are eager to save energy and keep track of air quality.

Although smart electronics play a role in reducing carbon emissions and have the ability to achieve scale and economic return through mass adoption, attractive returns can be had closer to energy production. Under environmentally focused policies, alternative energy sources that reduce harmful particulate in the air will only become more popular. In 2014 Songling Fund Investment invested US$15 million in Longnengweiye, which processes organic waste and other agricultural byproducts through fermentation to harvest natural gasses that can be used for fueling vehicles. Companies like Longnengweiye that take advantage of wasted resources and funnel them back into the value chain can both bolster earnings and reduce air pollution and landfill acreage.

As China transitions to a more developed economy it will also have to improve its water purification standards nation-wide. The past 35 years of development have led to a massive dumping of waste into China’s waterways and lakes. Chinese media reported in 2014 that an astounding 60% of the country’s underground water was polluted. Having done what seems to be irreversible damage to its water supply, China will have to invest in purification systems in order to ensure sufficient water for its continued development.

In short, while the landscape of cleantech private equity is constantly changing, the underlying demand for a cleaner environment will most definitely continue to grow. China’s sustained growth is contingent on innovation in technologies that maintain and improve quality of life, and cleantech is one of the most promising sectors for this irreplaceable value-add. At L.E.K. Consulting we expect to offer a growing range of strategy formulation and due diligence in this exciting field, and believe investors in cleantech can look forward to returns that go beyond earnings—though we expect those will prove substantial as well. ♦