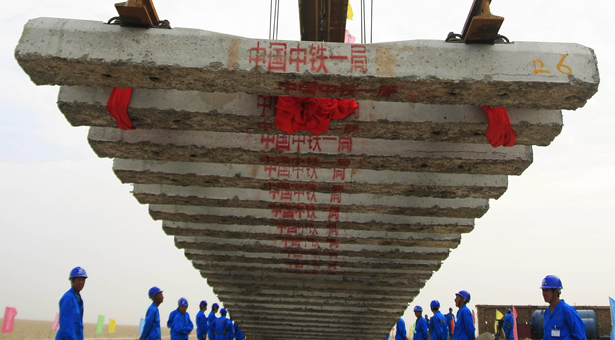 This year has not been kind to emerging markets. India’s full-year growth is expected to slip to 6.1% from 7.1% last year, according to the World Bank. Mexico should clock in at 3.9%. Brazil will eke out a paltry 2.5%. China, by contrast, is easily the best-placed of the bunch; the World Bank expects about 8% growth for 2012.

But look at how emerging market governments have reacted to the slowdown, and an entirely different picture emerges. While policy makers in most developing countries seem concerned but cautious, Beijing is behaving as if it is entering dire straits.

China economists now expect a major stimulus package this year. Beijing pushed through some measures in the second quarter, which analysts dubbed a “mini-stimulus” or “stimulus push.” But poor economic data released in August suggests they haven’t been enough. Beijing will now look to “transform its current stimulus push into a stimulus punch,” wrote Alastair Thornton and Xianfang Ren of IHS Global Insight – a sentiment widely shared among economic prognosticators.

It’s worth examining a key assumption underpinning these predictions: That Beijing will necessarily intervene if growth slows much beyond its target of 7.5%. Why should China push through a stimulus when other developing countries, already growing at a much slower pace, seem content to hold back?

The question is particularly important because firing another round of fiscal stimulus would clearly be a Faustian bargain. Even China’s leaders admit the economy badly needs to restructure and “re-balance.” Uncompetitive industries must shrink. Unprofitable companies (many of them state-owned) should close. Labor and capital must be rechanneled into more productive areas of the economy.

Officials in Beijing surely understand that stimulus would undo all of this; providing a short burst of growth at the cost of a much more painful correction later. And yet they still seem set to pull the trigger.

And the money kept rolling in

To understand why that might be a rational decision (from an official’s perspective), look to the rural village of Benghai, in central Anhui province. Benghai isn’t on a map; it’s a pseudonym given to a real township that is the subject of a widely cited study published in 2009 by Graeme Smith, a visiting fellow at Australia National University.

After painstakingly mapping out the township’s political structure, Smith found that Benghai’s local government was essentially a vast patronage network. Money from Beijing flowed down the chain of command of Benghai’s government. This had the effect of keeping powerful local officials loyal to the system. It wouldn’t make sense for these officials to gamble on reform when the status quo is so lucrative.

There is reason to think the same dynamic goes all the way to the top. A US State Department cable leaked in 2010 argued that “China’s top leadership had carved up China’s economic ‘pie,’ creating an ossified system in which ‘vested interests’ drove decision-making and impeded reform as leaders maneuvered to ensure that those interests were not threatened.”

That is not to say the “ossified system” inhibits economic growth – just the opposite. As Li-Wen Lin and Curtis Milhaupt of Columbia University found in a study of state-owned enterprises published last year, China’s political elite “own so much of society that they have important incentives to be actively concerned about how productive it is.” Everyone wants growth because it makes them personally better off.

At first blush, such incentives appear healthy. But on closer inspection, they have potential to be terribly flawed. The State Department memo concluded that because officials benefit from economic growth, the entire system is biased to favor rapid short-term growth – whatever the cost from inflation, asset bubbles or malinvestment.

In other words, if launching a big new stimulus this year will make powerful people within the government richer, it’s a safe bet they’ll pressure decision-makers to pass a stimulus regardless of its long-term consequences.

More importantly, recession could threaten the entire system. Analysts often note Beijing’s neuralgic fear that low growth will cause massive unemployment, which could in turn erode the government’s legitimacy and lead to protests. That certainly is a worry – Wen Jiabao himself has more or less admitted as much – but an even bigger threat lurks from within.

If the gravy train at the center of China’s government patronage network dries up, influential people currently glued into the system might become unstuck. They might even be willing to countenance political change. For panjandrums in Beijing, the only thing worse than too many vested interests would be too few.

No country “prefers” a recession, and stimulus measures are a legitimate response to soften one. But officials who are confident they will be in power even if growth slows have a freer hand to make painful choices.

In 1979, the US Federal Reserve squeezed the economy into a sharp recession in order to drain excess inflation. This year, India’s central bank said it would forego stimulus and pursue slower growth so as to avoid higher inflation, in direct defiance of the ruling party. Try to imagine China’s central bank doing the same.

Unless Beijing somehow finds a means to evade the laws of economics, a recession will eventually arrive. Unemployment will rise and incomes will stagnate. The flow of money to elites in the government, state-owned enterprises and the military will slow. Expectations will be dashed.

And then? No one knows. But if Beijing keeps firing the fiscal cannons at the slightest hint of recession – knowing full well the damage that it will cause – it will be an indication of just how desperate they are not to find out.