Home Business Preparing European companies for the production of the future 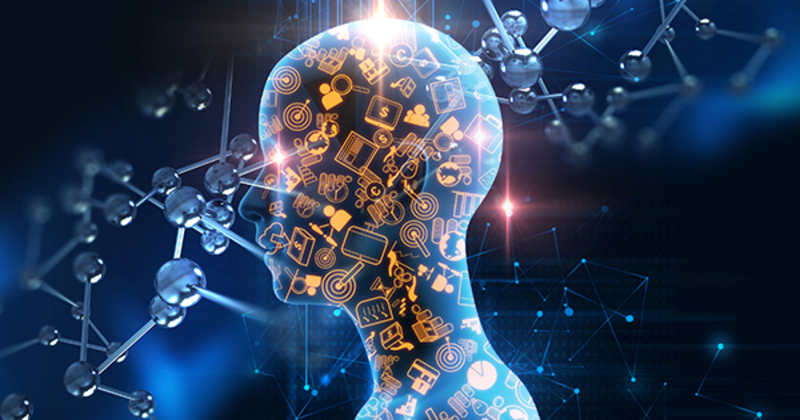 Preparing European companies for the production of the future

China began gaining momentum in the area of digitization in 2015, and in some areas it has already overtaken Europe, including Germany. Even the US, with its seemingly unbeatable Silicon Valley, can now feel the hot breath of a pursuer on its neck. China is prepared to overtake. It is only in the area of fundamental research into AI that American companies still have a certain advantage, although the Chinese are trying their best to make a breakthrough.

As noted in a recent edition of the German business newspaper Handelsblatt, four factors are crucial here: data, entrepreneurs, researchers, and regulation. In fact, China has been the world’s largest Internet nation for quite some time: over 800 million online users generate vast amounts of data. To be frank, the processing of this data is not heavily protected, which makes it easier for companies to use state databases. Another possible reason why the Chinese are succeeding in the catch-up race is that they have simply skipped the “traditional” Internet age with PCs and laptops.

Germany, the largest economy in Europe, has drawn its strength  from innovation in a range of technical fields. However, service culture is an area that has never been especially strong in Germany. The economy has therefore rarely stood out for outstanding B2C business models. When thinking of successful products, Germany conceives first and foremost “solid, traditional hardware” – cars, machines, equipment, and so on. What Germany often lacks is an instinct for innovative and integrated product service ecosystems.

It would make sense for the “German way” to be based on the continued promotion of “traditional areas of expertise” while complementing these with intelligent digital strategies. To this end, it is essential to make strategic use of existing data resources. In this way, it may be possible to sustain a lead in those industries where Germany is traditionally strong. Indeed, as long as Germany is one of the world’s most expensive countries for production, it will inevitably have to defend a clear productivity advantage in these industries.

It is obviously not enough for Germany to be just as good as others in core industries if it is to ensure prosperity. The questions at hand are which factors are crucial for Industry 4.0, the term for the current trend of automation and data exchange in manufacturing technologies, projects aiming to digitize value creation systems and to what extent the development of these factors promises success.

In the new millennium, today’s Internet giants continue to drive developments, leading to the universal use of an AI application for the first time in 2011 with Apple’s Siri assistant. The ability of the Chinese competitors Alibaba and Tencent to catch up so quickly is linked to the significantly larger availability of data, which can be used to train their self-learning algorithms. This means that without state restrictions in place, the smart systems that will increase their intelligence the fastest are those that have the largest amount of data available.

How can European countries develop an industrial environment that uses AI in a competitive way without resorting to Internet giants – which they do not have. Take the automotive industry for instance, where missed opportunities are especially obvious in future-oriented topics such as autonomous driving. Volkswagen CEO Herbert Diess recently stated that his company was 1.5 years behind the Google subsidiary Waymo. The latter probably has an even stronger head start. Whereas people in Germany are still working on the basics, Waymo is building a new factory in Detroit and plans to launch a self-driving vehicle as standard in 2019.

Launched by Peter Altmaier, the German Federal Minister for Economic Affairs and Energy, a strategy to develop and apply “AI made in Germany” could provide an opportunity to establish an AI industry in Germany or Europe. It would then be interesting to see how various artificial intelligence systems would differ. After all, Chinese companies are only allowed by the local government to use Chinese AI services, which means the market is insular – albeit enormous.

By contrast, Peter Altmaier points out that German companies, especially small and medium-sized enterprises, prefer “cooperation with providers from Germany or Europe when using AI”. In many cases, though, he notes that providers are unaware of their advantage in terms of location. According to a study by the Federal Ministry of Economics, Germany is in a good position by international standards with respect to quality control, intelligent automation, intelligent sensor technology, language recognition, speech processing, and the modeling of cognitive characteristics. Identified barriers include a lack of skilled workers and the slow rate of transfer between research and the business world.

It is becoming difficult for people in Europe to generate a wide range of AI applications given that data is simply a prerequisite for effective machine learning. Europe will have the most opportunities with “small” ideas that generate innovations to fill gaps without the need for vast volumes of data. For example, researchers at the Technical University of Munich have recently succeeded for the first time in creating artificial cell groups that communicate. The goal is to use these as mini-factories to produce biomolecules or as sensors in micro-robotics.

Future productivity and competitiveness will depend on expertise in AI and the availability of AI technology. Europe catching up with China is not likely in the short term because, in contrast to its Industry 4.0 and AI initiatives, the “Made in China 2025” program has a much broader scope, leading up to 2030. It is a core element of the state-organized development strategy that aims to restructure the entire economy. The goal here is no longer to “keep pace” among equals – China clearly aims to lead the world.

Prof. Oliver Herkommer is the CEO and owner of the Ingenics Group, a global digitization and management consultancy.