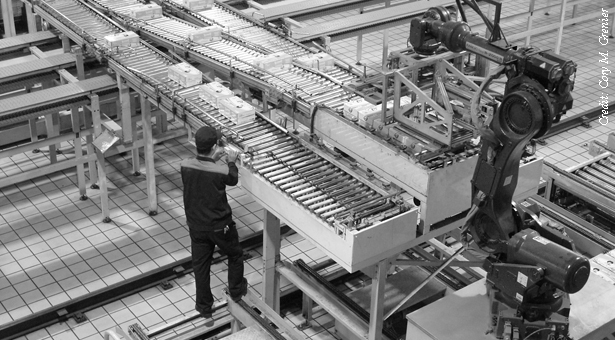 Beijing should fixate on productivity as GDP obsession fades

For more than three decades, China’s GDP has grown by an average of more than 10% annually.

But former Premier Wen Jiabao rightly described this impressive growth performance in 2007 as “unstable, unbalanced, uncoordinated and unsustainable,” highlighting the many economic, social and environmental costs and challenges that have accompanied it.

Now China must choose between the export-based, investment-driven growth model of the past and a new, more viable economic order.

Cheap credit and perverse incentives – such as promotions for officials who contribute most to GDP growth – have led to massive but redundant investment, which, in turn, has contributed to excess capacity in manufacturing and infrastructure. This model is not only inefficient; channeling government resources to support investment also undermines China’s social development.

Given this, China’s leaders have decided to stop using GDP growth as the primary criterion for evaluating officials’ performance. Indeed, the 12th Five-Year Plan, which extends until 2015, aims to shift China’s economy to a new, more sustainable growth model based on quality and innovation and accepts that annual GDP growth will likely fall to 7% during the transition.

Most discussion of growth models nowadays is based on work by the Nobel laureate economist Robert Solow. For Solow, GDP growth is determined by the factor inputs of land, labor and capital, together with the economy’s total factor productivity (TFP, or the change in output not accounted for by changes in the volume of inputs, but by factors like technological innovation and institutional reform).

By implementing major reform since economic opening in the late 1970s, China has achieved three periods of high productivity growth, each lasting five to seven years. First, in the early 1980’s, annual TFP accelerated to 3-4% after the government introduced the rural household-responsibility system, which boosted agricultural productivity and released a large amount of unskilled labor to work in the higher-productivity urban and industrial sectors.

The second such period followed Deng Xiaoping’s southern tour in 1992, during which he emphasized the need to shift to a market-based – albeit state-controlled – system by opening China’s economy to foreign direct investment and establishing special economic zones to help develop export-oriented industries. This time, TFP growth soared to 5-6%, partly owing to the “catching up” process facilitated by China’s adoption of foreign technology and know-how.

Finally, the most recent spike in productivity occured after major reforms of state-owned enterprises (SOEs) and the tax system instituted when China acceded to the World Trade Organization in 2001. With the country fully integrated into global supply chains, TFP growth hit 4%, where it remained until 2007. Since then, however, the TFP growth rate has fallen by almost half.

Indeed, China’s economy has experienced a significant – and ongoing – growth slowdown in the wake of the global economic crisis that erupted five years ago. By 2012, human capital’s contribution to China’s GDP growth fell almost to zero, with fixed-capital accumulation accounting for roughly 60% of total growth.

To achieve more balanced and sustainable GDP growth, China’s leaders must implement a set of deep, comprehensive and long-lasting institutional reforms aimed at boosting productivity. In particular, the reforms should be designed to facilitate China’s transition from its traditional supply-based growth model, which assumes that building hard infrastructure leads automatically to demand growth.

In fact, GDP growth may be slowing precisely because existing investment in manufacturing and infrastructure, undertaken largely by local governments and SOEs, does not match the pattern of domestic demand. As a result, China now faces the problem of short-term excess capacity.

Improving the quality of GDP growth will depend on Chinese leaders’ willingness to enact market-oriented reforms. Rather than directly driving investment, the state must emphasize its regulatory and enforcement functions, including setting and overseeing standards, building an effective property-rights infrastructure and managing macroeconomic conditions. At the same time, the state must improve the quality and delivery of education, health care and security, while minimizing corruption and administrative abuses.

In short, China must shift its focus from meeting GDP growth targets to creating an environment that fosters innovation and competition, thereby enabling market forces to set prices and allocate resources more effectively. The state would thus become an intermediary agent, facilitating the development of a sustainable economic order in which less is more – that is, a system in which less intervention creates more opportunities for creativity.

SOEs undoubtedly played an important role in China’s previous growth model, delivering the infrastructure and services that were deemed necessary for the global manufacturing supply chain to function. But access to cheap credit from state-controlled banks creates an incentive for SOEs to generate surplus capacity, which increases systemic risk in the economy. To correct China’s excess-capacity problem would require the relevant enterprises, whether SOEs or private firms, to exit the market.

Unless China’s leaders implement major structural reforms aimed at establishing a market-based growth model, they will be unable to avoid the “middle-income trap” that has prevented so many developing economies from attaining advanced-country status. The deceleration in GDP growth that such reforms would cause would be more than offset by increased market dynamism and overall economic stability.