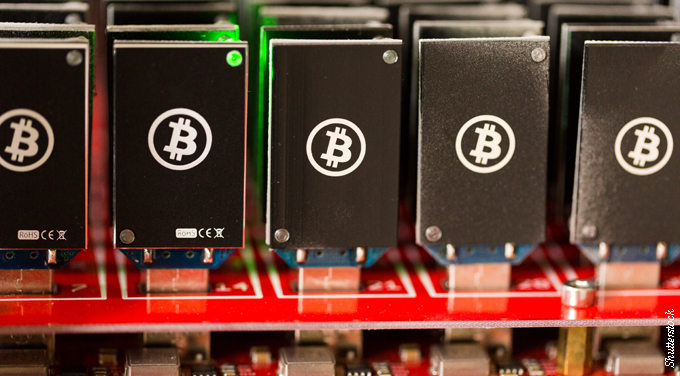 Zennon Kapron, a China financial expert and author of Chomping at the Bitcoin, says the virtual currency poses too much of a financial risk for Chinese regulators at present.

What does the future look like for bitcoin in China in the next year and looking beyond that?

I think certainly bitcoin exchanges will continue to exist in China. A few of these exchanges have external funding and so they need to find a business model to move forward with. Obviously with the People’s Bank of China (PBOC) regulations a lot of the traditional business of using bitcoins to buy goods or services has been cut out of the market as well as the ability of bitcoin exchanges to fund directly from bank accounts. A lot of those exchanges are looking at opening US dollar businesses offshore and expanding internationally. The other aspect of bitcoin is the bitcoin miners. There is a huge concentration of bitcoin mining equipment manufacturers and actual mining farms in the South of China, and those will continue because mining isn’t strictly illegal in China, very difficult to detect and electricity tends to be a bit cheaper in mainland China.

So is China a major bitcoin miner?

One of the things that sets China apart [as a center for bitcoin mining] is relatively cheap electricity because China’s electricity just costs less in general and is somewhat subsidized by the government. In many cases people suspect that some of the bitcoin miners actually have relationships with their local electricity authority and so they get almost free power, which is important as the profitability of running an exchange depends a lot on power costs. So in South China where electricity is cheaper or places like Iceland that have mining or data centers that are near sources of cold air or natural cooling, they have an advantage.

Do you see the PBOC allowing some bitcoin or some other form of crypto currency as a useable currency in the near future?

I think in the next five years we won’t see much of a change in the position of PBOC on bitcoin or other virtual currencies. Right now the PBOC has got a lot on its plate already with the reforms and regulations both from the banking and capital market side that they need to work through the system. In addition there is liberalizing interest rates and opening up the capital account. So with all those things, bitcoin presents somewhat of an unnecessary risk for the regulators right now and there’s really no need for them to allow it on the market. It’s potential to actually help the financial industry in China is not as great as in other parts of the world.

Chinese regulators have cracked down pretty hard on bitcoin in the domestic financial system, but how does that stack up against the response of other Asian countries?

If you look at the regulations from the PBOC they’re actually, in my belief, fairly well thought out. Technically bitcoin is not illegal in China, so what the government has done is kind of push the banks to sever the direct relationships with the bitcoin exchanges which makes speculating in bitcoin, buying bitcoin, selling bitcoin a little bit more difficult for both the exchanges and the investors and the speculators.

What we see with regulations across the region is that the more developed financial markets like Tokyo, Hong Kong, Singapore have had slightly more pragmatic approaches to regulations whereas some of the smaller markets or simply less mature markets like South East Asia outside of Singapore had a more “shoot from the hip” kind of response to regulation. In Vietnam and Thailand bitcoin is essentially illegal.

PBOC claims that the digital currency carries unacceptable risks. What is the legitimacy of this claim?

Individual Chinese nationals are allowed to convert up to US$50,000 currency every year to take out of the country and invest how they see fit. The idea of it initially was that a lot of the high net worth individuals were buying bitcoins and sending them anywhere in the world besides China and then selling them off in a different currency. There are actually much cheaper ways of doing this and a lot of the high net worth individuals in China have had these ways for decades already. In one particular instance we knew of an agent who was able to take an individual’s renminbi and the next day have it in Hong Kong dollars for less than 1%. When you consider the foreign exchange risk of holding bitcoin and the fees that you often pay for buying and selling the virtual currency, it doesn’t really make sense for wealthy individuals.

In terms of the capital control, whilst that could be a risk we didn’t see that as being a primary risk. The problem with bitcoin is that it introduces unnecessary systemic risk and as the government pushes forward with reforms the financial industry is already facing a number of challenges and headwinds in terms of shadow banking industry, decreasing deposits at the state owned banks and increased competitive pressures from both the domestic and foreign banks coming into the market. So bitcoin essentially introduces an additional risk that provides very little benefit for the citizens or for the government in China

Bitcoin prices have dropped around 40-45% this year. How much has that been due to weakening demand from Chinese investors?

It’s difficult to tell how exactly how much of the buying and usage of bitcoin is coming from China because of the fact that it is a somewhat anonymous and fully decentralized currency. Certainly the Chinese speculators are moving out of the market but the very hard core speculators are still in the market for the most part. In our interviews we did find some speculators that were smaller individual investors who had say RMB12,000 invested in bitcoin that bought high and sold low so they’re definitely not in the market [anymore]. The average Chinese investor is very used to speculative investments; if you look at the stock market in 2007 and 2008, [it] went through the bubble before it popped. Everyone was involved in the stock market.

The Chinese are very used to get rich schemes and bitcoin fell within that so that drove a lot of speculators to buying bitcoin, and I think certainly that some of them selling out has lowered the price. I mean if you look at what drove up the price in the first place when it hit peaks around the end of November last year, over US$1,000, that was purely driven by Chinese speculation and you can see at certain points of Chinese exchanges bitcoin was selling higher on Chinese exchanges than it was on Western exchanges, a clear indication of the volume and drive.

If the Chinese government legitimized bitcoin and made it out to be a legitimate investment channel this might draw some of the excess money that flows into property or shadow banking. What are your thoughts on that?

A lot of these things, shadow banking, real estate and the stock market are somewhat under the control of the Chinese government. Whereas if bitcoin was somewhat legitimized in China and was completely out of the government’s control, that opens up a new level of risk and that instead of taking risk away from the market, it’s actually adding risk to the market and I think that will be challenging for the government to overcome. So I can’t see that happening

How important is China in the global acceptance of bitcoin?

If China or the US or any la
rge economy or economic block opened up a little bit more to bitcoin, there could be more widespread acceptance. The challenge with any form of payment beyond cash is making it easier than what is already out there and if you look at a place like Hong Kong, for example, with the Octopus card, it’s so convenient to not just use on the metro but in 7/11 [stores] and in so many different venues. The question is how to make bitcoin, how to make mobile payments easier than that. Right now it’s just not there. In addition, within China, the benefits that bitcoin provides are not as competitive as they are in other places because merchant fees and China UnionPay charges are much lower. There are a wide range of third party online payment options like Alipay that are out there already so it doesn’t offer that many benefits in terms of payments or acceptance. The utility of bitcoin in China is somewhat limited.