Home Business Question of the month 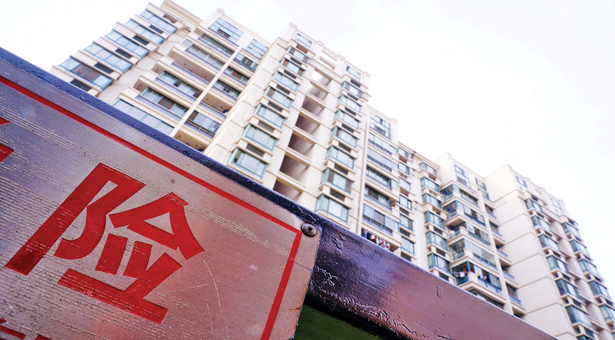 Question of the month

It’s the shoe that never dropped. In April 2010, Beijing began rolling out a series of restrictions on new home purchases, including limits on multiple home buying, local residency requirements, higher mortgage down payments and restrictions on quickly “flipping” properties. Some analysts predicted that China’s highly-leveraged property developers would quickly crumple as home prices slumped. Yet more than two years later, only a handful of brand-name developers have gone bust.

Could this year finally mark a tipping point, when a rash of defaults hits the industry? Some analysts think it might. Standard & Poor’s, a credit ratings agency, warned in late May that “2012 will test the survival of more than 80,000 property developers in China.” Moody’s, another ratings firm, echoed the alarm in another report on developers.

Developers have proved similar predictions false in the past by turning from one source of funding to another to stay afloat. But now smaller developers face a wave of debt falling due later this year, and few avenues remain open for refinancing. The likely outcome is that larger developers with continued access to bank financing will thrive, while smaller developers will struggle with falling margins.

“It’s structural,” said Christopher Lee, a director at S&P. “Margins are coming down; the polarization [of the market] is quite clear.”

The current slump in China’s residential property market is clearly the result of government engineering. Urban home prices in China were rising at double-digit rates in the first quarter of 2010, just before restrictions were put in place. Home prices in most Chinese cities then slowed, stalled and finally began to fall in the last months of 2011. The downward trend continued until prices began to rebound slightly in the second quarter of this year.

Through the downturn, buyers and property developers alike generally took a “wait-and-see” attitude, judging that prices would snap back up once governments lifted restrictions. The result has been a large drop in transactions but only modest price declines in most cities. To stay afloat while playing this waiting game, developers have perpetually scouted new sources of funding – first Chinese banks, then offshore bond markets and trust companies (which channel funds from banks and wealthy investors to developers). Regulators followed one step behind, sealing off each channel in turn to all but the most credit-worthy developers.

Now the bills are falling due, and the avenues for capital at last seem exhausted. According to estimates from S&P, a little under one-third of the total outstanding debts owed by the 30 property developers it covers will mature this year.

That’s not an overwhelming amount, but the composition of creditors is worrying. Around 42% of that debt is held in offshore bonds or trust company loans, sources which developers cannot turn to again to refinance their maturing obligations. Yields in the Hong Kong offshore bond markets have spiked over the past year, and lower-rated developers now pay their creditors 15-20% interest. In an industry where margins average 20-30%, these payments will be tough to sustain over the long run, and at such prices few developers seem willing to tap the market again to refinance their existing debt.

The situation is just as dire for firms that rely on trust companies for financing. Not only have yields risen in that market, but regulators have cracked down on further trust loans to developers. Trust lending to the property sector slowed sharply in the first quarter of 2012, and total outstanding debt actually fell from the last quarter of 2011.

The result is that for many small developers – such as Coastal Greenland, Hopson Development Holdings, SPG Land Holdings, Greentown China Holdings, Central China Real Estate and Glorious Property Holdings – the only viable means of paying back their maturing debt is now to sell assets, even at a deep discount. One official at a Hong Kong-listed property developer told China Economic Review that his firm is under pressure to convert billions of dollars worth of housing inventory into liquid assets for just such a reason.

Smaller developers will probably begin offering “block sales” of multiple units or even entire plots of land at firesale prices, said Stephen Fung, the Shanghai-based director of the property fund Shanghai Bridge Capital Investment Group. Because such firesales destroy their long-term profitability, he likens the process to “cutting their own throats.”

From the government, here to help

If Beijing put developers into their current bind, some wonder if it might also get them out.

But another policy volte-face like in 2009 – when Beijing suddenly lifted buying restrictions as the global economy collapsed – seems unlikely, because the central government still shows every indication that it is trying to keep speculators at bay, said Lee of S&P. The central bank accompanied interest rate cuts in June and July with an unusual warning that banks should maintain tough standards for property-related lending.

However, Lee added that the central government might give provincial-level governments more scope to loosen restrictions on the margins. Such easing can be as much a matter of style as substance. In particular, openly flaunting the rules by publicizing eased restrictions appears to provoke the wrath of the construction ministry. For example, in late June authorities in the central province of Henan announced on the government website that banks would offer discounted mortgages for first-time homebuyers. Just days after the Chinese and Western business press picked up the statement, however, Beijing forced the local government into a retreat.

“Some local governments make the mistake of doing the easing, but then they need to withdraw and they’re totally embarrassed,” Lee said. “These bureaucrats are aware it can hurt their careers.”

Even so, beyond the headlines, many local governments have “effectively eased” property restrictions with the tacit approval of Beijing, said Jinsong Du, a Hong Kong-based property analyst at Credit Suisse. He recounted a trip to one city in China where agents told him that the local government would blindly approve homebuyers who filed applications on certain days.

“Although [Beijing] will not openly go back on their policies, they have to update them according to the situation,” Du said. “So that’s why the market is constantly reading between the lines of what Beijing says.”

The property market has rebounded slightly in recent months. In June, prices edged up an average 0.05% from May in a survey of 100 Chinese cities by China Real Estate Index System. However, analysts are still unsure what to make of this uptick.

Some argue that developers, aware that they will face a difficult second half, are boosting the market through financial chicanery – swapping land among themselves in an effort to feign demand and drum up buyer interest. Others suggest it is the result of pent-up demand from homebuyers, real but unsustainable. Still other analysts argue the increase has lasted long enough to indicate investors and wealthy buyers have returned to the market and are here to stay.

Yet even if the recovery lasts, Lee of S&P predicted it will be modest for the rest of the year. Sales and liquidity will probably improve, but with weak developers unloading assets to pay off debt (rumors say assets have already been sold at discounts of around 20%), industry margins will still be low.

Moreover, a rebound in the market may only polarize developers further. Small developers “will still struggle in terms of sales, in terms of access to credit, and in terms of meeting the obligations,” Lee said. But their larger rivals, including Longfor Properties, Evergran
de Real Estate Group and Agile Property Holdings, continue to have access to bank credit and are using fresh capital to buy land on the cheap, positioning them to take advantage of the rebound.