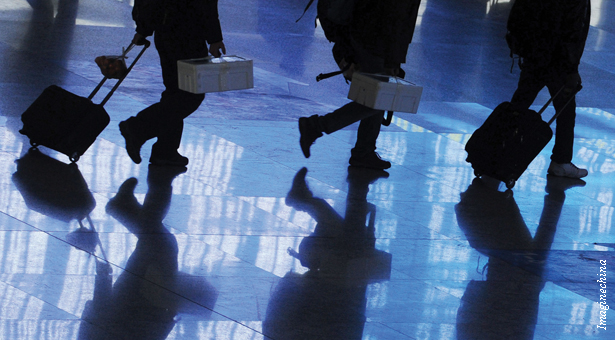 The race to regulate

The innocuously named products promised high returns to buyers but counted among Chinese banks most opaque dealings. The sale of WMPs allowed for banks to lend the proceeds to some of the mainland’s riskiest borrowers, often funneling it through the shadow banking sector to speculative real estate developers and pawn shops – with much of that lending kept off balance sheet. The biggest critics likened WMPs to a Ponzi scheme, while more moderate observers worried that the public did not know how many WMPs existed or where that money was being invested.

The market can now breathe a sigh of relief after the China Banking Regulatory Commission (CBRC) issued new regulations regarding WMPs last Wednesday. The rules stipulate that only 35% of funds raised by selling WMPs to bank customers can be invested in nonstandard securities, essentially the most opaque and riskiest assets.  Additionally, they cannot account for more than 4% of overall bank assets.

The regulations will help prevent risky WMPs from growing large enough to topple the financial system, although that comes at a short-term cost to banks and stock markets. The regulations sent stock markets down at the end of last week with sectors that rely on WMP financing such as real estate being particularly hard hit.

As a result of the regulation, banks themselves can expect lower profit and revenue growth from WMPs, which provided high returns that brought in more money and customers. The Chinese Academy of Social Sciences estimated that the banks would issue 30,000 WMPs in 2012, up from 23,858 in 2011. The regulation will rein in that runaway growth, allowing more modest growth within the cap.

The short-term cost will be more acute for small and medium banks as WMPs make up a larger portion of their balance sheets, said Hu Bin, a banking analyst at credit rating agency Moody’s. “In the short-term, this is a punishment to the banks that have been too aggressive issuing wealth management products with nonstandardized loans as underlying assets,” Hu said. Because there are little hard data on WMP issuances, Hu said he couldn’t say which individual banks  would be most affected, unless they  disclose their figures separately.

China CITIC Bank did just that, saying that nonstandard investments accounted for 64% of investments backing WMPs. While the bank has until the end of the year to cut that share to 35%, in the meantime regulators require that it set aside provisions should those excess WMPs go bad. That will mean the bank will have less to lend out, hurting revenue and profits.

But economists and analysts agree that the regulations are good for the long-term health of the financial sector. “Improving regulations on bank WMPs will bring necessary orders to discipline aggressive competitions among Chinese banks,” wrote Ting Lu, China economist at Bank of America Merrill Lynch, in a note on Monday. Although small banks may not be able to expand as fast, “markets will at least perceive a lower probability of financial crisis in China.”

Banks have until the end of the year to fully comply with the 35% cap, so there should be no major disruptions to the financial system as a result of the regulation, Hu said.

A less noted piece of the new regulation will require WMPs to be clearly matched to their underlying assets, eliminating criticisms that likened the products to Ponzi schemes. Previously, banks could pool the proceeds of many WMPs together with the funds being jointly managed and returns being paid out from the same pot. Critics said this could be abused, making the sale of WMPs the equivalent of a Ponzi scheme in which older customers are merely paid off with the money of new customers.

Risks continue to lurk in the shadows of the financial sector, however. The regulations are part of a continuing effort to curb the impact of shadow banking – credit offered by financial institutions other than banks – on mainstream banking, Hu said. (Mainstream banks often are implicated in shadow banking by funneling WMPs proceeds to non-bank institutions such as trusts.) The rules issued last week are just one policy shift and  there will likely be more to come in the continual push to keep shadow banking sector under control, he said.

So long as the Chinese banking system remains subject to strict government controls on lending, the financial system will seek to find ways to circumvent. The products, after all, have been highly lucrative for some banks.

As Ting Lu of Bank of America Merrill Lynch wrote today, if regulation doesn’t keep pace with financial innovation, it “will eventually lead to financial crisis.” Regulators appear to have caught up to WMPs for the time being, but the larger race to keep up with shadow banking will continue.