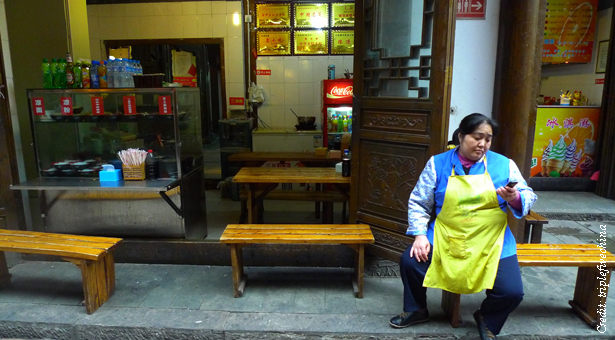 The country’s leadership agrees that this is the primary goal of economic reform but has done little to accomplish it so far. Looking deeper into second-quarter GDP figures released on Monday, consumption contributed 2.5 percentage points to growth while investment accounted for 5.9 percentage points of growth, according to research firm Capital Economics.

It’s important to note that even in quarters when consumption passes up investment, as has happened several times in the past, consumption often isn’t actually growing faster. The growth rate of both is actually slowing – investment is just slowing more rapidly. Despite its larger share of growth, a slowdown in consumption is backed up by slowing retail sales growth in the first quarter, which Goldman Sachs Gao Hua pointed out in a May note.

However, consumption versus investment isn’t the only part of the rebalancing debate. Often in the same breath, those in favor of reform will push the idea of promoting services over industry in tandem with rebalancing toward consumption.

That’s an area where China has done far better. As The Economist pointed out in April, services were poised to imminently pass up industry in terms of contribution to GDP. In the first quarter, services contributed to 44.99% of GDP while industry made up 45.02%, with the rest accounted for by agriculture.

But this shouldn’t earn the government much praise. The size of the service sector still lags developed countries where it often contributes 55-60% of GDP.

The government should certainly be seeking to reach that higher proportion of services. But applying this metric to the country’s rebalancing is highly problematic as China’s service sector is far different than that of the US or Europe.

An important component of rebalancing is wresting control of the economy away from major state-owned firms. These firms have been responsible for much of the investment and industrial growth in the country, the economic model that is now losing momentum.

It’s often overlooked, however, that SOEs also dominate services. The state still controls swathes of the service economy including telecom services, health care and education, Societe Generale China economist Yao Wei pointed out in an interview with China Economic Review in May.

In addition to recognizing the types of companies behind the growth, the segments of the service sector driving its expansion must be considered.

Rebalancing also seeks to lessen the economy’s dependence on real estate, as the government fears a bubble. But real estate services are counted as part of the tertiary sector, an example of why additional scrutiny must be applied when appraising services versus industry. Services may grow, but it has to be in the right areas that don’t further contribute to a lopsided economy.

These factors indicate that weighing services versus industry is the wrong measure for gauging Beijing’s success in rebalancing.

Conflating service sector growth with a more sustainable, balanced economy appears misguided – only a partial indication that reform could be on track. When it comes to rebalancing, consumption is still king.